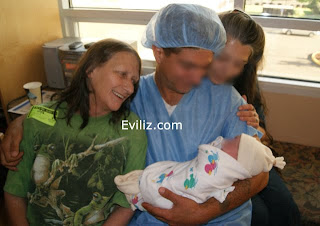 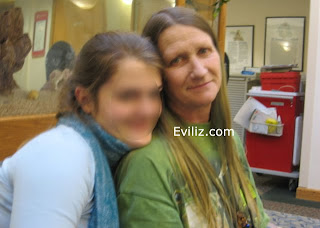 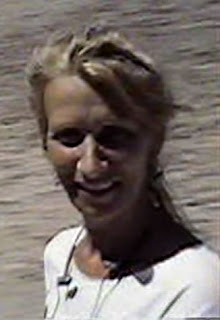 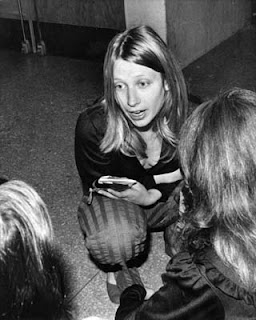 Folks, letting Eviliz near a computer can only be compared to letting a five year old drive a car. It just ain't safe. Here is the post - again.

It isn't nice to make reference to a lady's age (did the assault upon Cappy's visage teach us nothing?)

Matt said...
Folks, letting Eviliz near a computer can only be compared to letting a five year old drive a car. It just ain't safe. Here is the post - again.

lmao yes thats right! oh and i rarely tell someone when they are "right". sometimes i get to partying and ummm feeling friskie so i go to the blog, maybe look at stuff i have not posted yet, then add a joint or two to the mix and im deleting stuff accidentally. for whats its worth i did yell "NO!!!" as soon as i hot the delete button.

one more thing from your favorite dingaling. Godd thing we had to do this twice or i would of forgot the update.

Cappy is living happily as the free spirit she always was. She recently left CA for another state. she has 2 sons, Ian and Elf
(not sure if his real name is Elf but i think it truely is T&L might know better) and her twin daughters Robin and Jennifer.
She also is a doting grandma to quite a few rugrats. seems things turned out fine for Cappy.

Well, I'm happy for her. I shudder to think of the things I did in my late teens-early twenties, and am glad no one seems to hold them against me now.

Which is part of the allure and staying power of this story. When I look at photos and videos of 'the family', I think these are just like the kids I partied with in high school and college. What person of 40 years of age doesn't look back at their reckless youth and thank God they escaped it in one piece. There but by the grace of God go I.

And without Sharon Tate, this would have only been a local crime story. It probably would fade from public memory in a few years.

And if Susan Atkins doesn't run her big goddamned mouth, nobody ever would have got busted. Read the early investigation reports. They were way off what actually happened.

The Youtube video was filmed at the Trona Pinnacles. It is on the way to Ballarat from Trona.

Quite a few TV shows and movies have been filmed there. A lot of "Lost in Space" was filmed there, as well as Star Trek.

The Star Trek movie where Spock's half-brother steals the Enterprise to find God was filmed there. What he thought was "heaven" was actually the Trona Pinnacles.

It is worth checking out if you are ever in the area..

not everyone is good at everything

Well candy and nuts, Try being ME for a day. This woman is a handful!

Which is a point that I have been trying to make, unsuccessfully to this point. We do things when we are 19 or 20 which we realize are wrong when we are 40 or 50. You can do a bad thing and be a good person. Some might say, if Leslie stabbed your Auntie in the butt 17 times, wouldn't you hate her. Yes, I would. But she stabbed somebody else's Auntie, 3000 miles and 40 years ago. Get the F over it. Didn't a Labianca member become pen pals with Tex Watson?
America is a violent Country. We kill one another, sometimes for no good reason. Go to Wikipedia, check the stats. Who knows why? I have my ideas, for a later post. Don't blame these gullible, drugged kids. You really aren't any better than they are.

TomG, I really like your posts but I have to admit we do disagree somewhat in our perspectives. I hope that is okay. I understand where you are coming from saying that Pat and Leslie etc were just drugged out kids so we shouldn't judge them to harshly. And I don't. But the fact is some of their peers in the Family DID make the right decision. People like Ella Jo Bailey, an original Family member, did stand up to Charlie and say no way, I'm not butchering people for you.
Sorry, but I just think it is sort of disrespectful to those like Ella (and there were several others) who did have the courage and fortitude not to go 'over to the dark side' as it were.
You're right though, none of us can ever know what we ourselves would have chosen because we weren't there. I'm just big on giving credit to those who were there but didn't give in to Manson's hatred and need to lash out.

and sorry, but since I am on record as disagreeing, I also disagree with two other points. Sure, Sharon added glam to what happened, but Sebring and Folger had significant social status. And just the way the murders were committed with the blood writing and political phrases - it still would have been a national story.
And second, while the investigation was certainly off, there were other factors that would have broken the case. The news team finding the clothes is an indication of that. And there were several other Family members that were distressed enough about what happened I have to believe they would have eventually talked to someone - a friend or such. There were just to many people with knowledge of what happened, Hoyt for example, who would have broken at some point. To say nobody would have ever been caught without Sadie's big mouth, with all due respect, just doesn't hold water in the face of the facts.
Sorry, I hope it is okay to disagree.

It is interesting to speculate, though, if Sadie hadn't been so talkative, where the break in the case would have come from. There were simple to many people who knew about it to believe that nobody would have cracked.
Like I said, Hoyt is a good choice, as she knew both about TLB and apparently was really disturbed about Shorty.
And we have to remember that by the time Manson was arrested, Linda was back in N.H., Katie was in Bama and Tex was in Texas (or was he in Mexico or Hawaii?). Anyways, that is a heavy emotional load to carry. Tex had already told of his participation to Snake and a couple of others. I could see Katie staying silent, but Linda would have gotten high and blurbed to some New Hampshire druggies. I'd bet on it. Someone would have dropped the dime.
And you know who I would list as a darkhorse to break the case to authorities? Bobby. I am not sure when exactly he found out about TLB, but he was looking at the death penalty in a slam dunk case. He'd been caught in Hinman's car with the bloody sword in the trunk. If he had seen the opportunity to trade out of the gas chamber, I am pretty sure he would have taken it. He wasn't that committed to Manson.
Who else? The ranch hands? Crockett and Watkins?
It would have been someone for sure.

"And if Susan Atkins doesn't run her big goddamned mouth, nobody ever would have got busted. Read the early investigation reports. They were way off what actually happened."

Are you stating that you wish they would of got away with the murders? Does this statment mean that you support what they did and that you carry resentment towards Susan Atkins for telling someone about her involvment in these murders?

"Some might say, if Leslie stabbed your Auntie in the butt 17 times, wouldn't you hate her. Yes, I would. But she stabbed somebody else's Auntie, 3000 miles and 40 years ago. Get the F over it.

This statement seems to support the idea that if it doesn't effect you any, why should you care. It seems to me that you show some level of compassion for the murderers and to hell with what happened to the victims or their families. The first post contradicts the first. I mean, its not your Auntie in prison, so why do you care? I ask this, so when my neighbor's daughter gets raped and his son is beat to death with a baseball bat I need to just look the other way? Being that it didn't happen at my house and they weren't my kids so why should I care.

What we are witnessing is a modern myth in the making. A historical event is being imbued with our social beliefs to the point where what actually happened and why is no longer relevant. It has taken on a life of its own. This is what I find so damned interesting, but my background is in religious studies so that is naturally where my attention goes. Also, probably why I found "Live Freaky! Die Freaky!" so damned excellent.

Interestingly, others are drawn to the legal aspects, others to the Hollywood aspects, still others to the psychological aspects of the Family and their activities. I appreciate all of your viewpoints immensely and always look forward to seeing who has stopped by.

Sure Robin, we'd like to hear more. Why don't you email Liz at 1967mansonfamily@gmail.com

i'm new to this place. enjoying the reading and the speculating. i also enjoyed the "3000 miles and 40 years ago" joke.

Your absolutely right. Tom g seems like someone that hasnt been affected by any kind of tragic situation... So he's cold hearted!

I'm glad you can show some contriteness.

What did she die from?