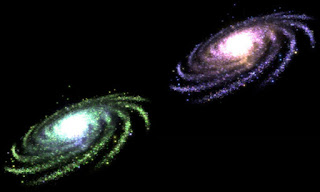 I generally don't indulge in "what if?" scenarios, preferring much more to live in a world of "what is”— if I can. But occasionally I wonder how the whole TLB/"Manson Family" experience would have played out if certain things had happened differently. For examples:

2.  What if the Kotts' party had broken up an hour or so later and the departing guests had encountered Charles "Tex" Watson cutting the phone lines into 10050 Cielo Drive or the bloodstained killers exiting the property after they committed the murders there?

3.  What if Rudolf Weber had been a little more proactive and had gone to the police with his recollection (including license number of vehicle) of a suspicious group of young people using his hose on the night and in close proximity of a mass murder? (Weber's home was almost two miles from Cielo Drive but it was off the same main road -- Benedict Canyon Drive -- that any hypothetical killers would have likely used coming and going from the crime.)

4.  What if the "members" of "the Family" had scattered with the four winds after their departure from Spahn's Movie Ranch in September of 1969 instead of sticking together and being arrested en masse at Barker Ranch in mid-October? Would the concept of a fanatical group of murderous hippies been a harder sell to the public and a jury?

5.  What if Susan Atkins had not confessed her role in the Tate-LaBianca murders to her fellow inmates at Sybil Brand? In what other ways could/would the case have been solved?

6.  What if Susan Atkins had not repudiated her grand jury testimony and gone on to testify for the prosecution during the murder trial? Would the more "innocent" Linda Kasabian have been convicted of murder?

7.  What if Charles "Tex" Watson had been extradited to California in time to be tried along with Charles Manson and the three girls? Would that have changed the whole "Manson as demonic puppeteer" theme?

8.  What if Charles Manson had been allowed to defend himself during his murder trials? How do you think he would have handled witnesses like Linda Kasabian and Paul Watkins?

9.  What if Manson (or any of his codefendants) had demanded a separate trial? Could any of them have gotten a better deal for themselves if they had pursued their defenses individually and self-centeredly, with only their own welfare as their primary concern?

10.  What if the California Supreme Court had not abolished the death penalty in1972 and the convicted killers had been executed shortly after the conclusions of their trials? Would public fascination in the case be less than it is today because the players would not have been as much of an ongoing part of the American consciousness as they have been for all these decades?
Posted by George Stimson at 12:04:00 AM 185 comments