Leave Something Witchy by Randolph Gentile

"Leave Something Witchy"  is a full-length graphic novel about the life of Charles Manson and his "Family". Chronicling Manson’s life from birth to his final arrest, months after the Tate/LaBianca murders.

Written and drawn by Randolph Gentile, Marvel and DC Comics letterer and creator of the critically acclaimed" Viral: A Slasher Comic", published by Comixology, "Leave Something Witchy"part 1, will be released in late 2015.

Randolph Gentile is available to answer questions in the comments section. 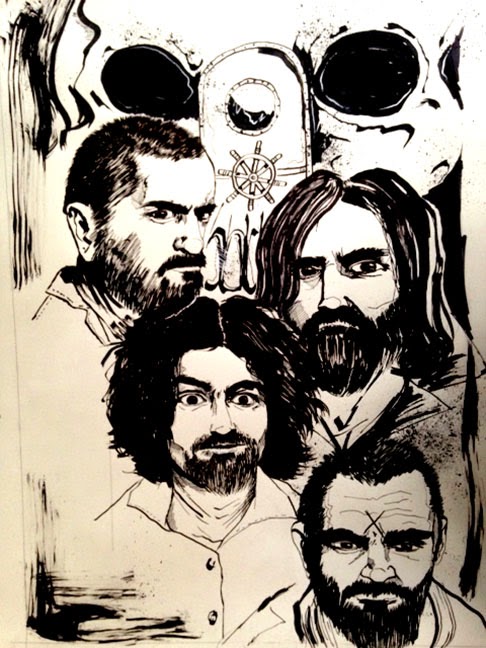 When I decided to write and draw "Leave Something Witchy", the story of Charlie Manson and the Family, I, like everyone on this blog and others who read a lot of true crime novels was fascinated by Charlie. To ask "what makes him tick" kick starts a journey into the human mind, America in the 1960s, drugs, runaways, the US prison system, music, Hollywood, Satanism, religion, and murder. More than enough material for a good story.

One appeal of the Manson story that always fascinated me is how he not only managed to attract wayward youth, but how many of those young people were capable of murder. What are the odds? There were communes all over California, none remembered for murder yet the group at Spahn Ranch managed to have 7 (at least) ready and willing killers.

How did Charlie bring that dark side out of these people? Is that dark side tucked away in all of us, able to surface if you were pointed in that evil direction? Charlie used a cocktail of LSD and quasi-religion to mold Tex, Sadie, Patricia and the others into killers. 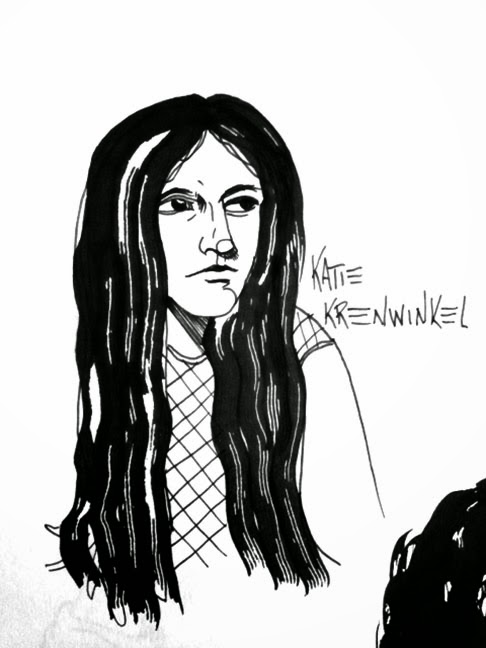 But not everyone at Spahn was chomping at the bit to kill for Charlie. Some ran at the first drop of blood. So what was it about Tex that would pick up a knife and gun and lash out at "blobs" while others literally headed for the hills at Spahn and Death Valley? Maybe it wasn't Charlie's fault for what happened at Cielo and Waverly? But then, maybe it is… after all Leslie, Patricia, Tex, Sadie, Bruce Davis, were all model prisoners while an 80 year old Charlie still does time in the hole, yelling with a swastika tattooed between his eyes about the injustices thrust upon him.

You can turn this story in countless directions. That's what I find most fascinating about this story and it's why I've decided to embark on writing and drawing "Leave Something Witchy".

The first time I drew Sharon Tate, I, like most people that have seen her, was struck by her beauty. She's the prototypical Hollywood Beauty. When you draw someone you're forced to really look at them. Eyes being the most important part to capturing life in your drawing. As I drew Sharon's eyes for the first time I became incredibly saddened. Those eyes watched at Tex wrapped a rope around her neck. They watched Patricia Krenwinkel, knife in hand, chase her dear friend Abigail out of her house. Then they pleaded with Tex and Sadie to let her live… to let her have her baby… suddenly I'm not drawing the eyes of a beautiful actress, I'm drawing eyes that have seen unspeakable horror.

I kind of envy Vincent Bugliosi, Ed Sanders and the others who have written novels about that night. It's one thing to write about the murder of a pregnant woman. It's another to draw it. 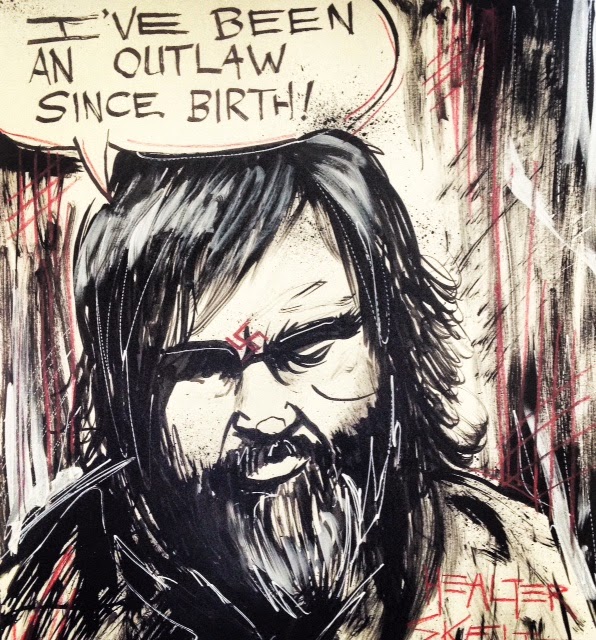 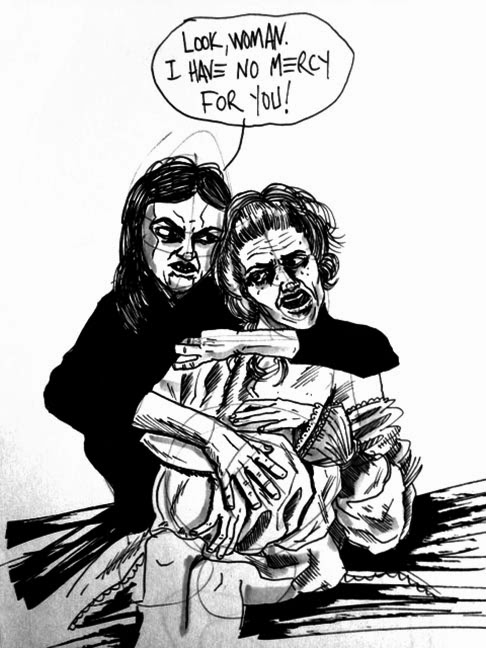