It Ain't Open Yet

So there's been a lot of hoop-lala about the re-opening of the LA Hall of Justice and a museum that will include a refurbished courtroom and the cell where Charlie was held during his 1970-1971 trial.  This last Wednesday, October 8th was the "re-dedication" of the building (see Backporch Tape's youtube post, here). 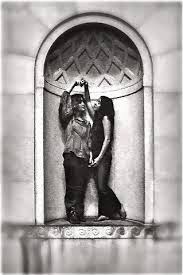 One would assume that immediately after a re-dedication of the building and museum, that the public would be allowed to visit thereafter.  Not so, Patty and Stoner Van Houten discovered on Thursday. They happily approached the building where three separate LA area newsvans were parked, wondering if Stoner would be interviewed in his Leslie shirt, if he would direct them to his Spahn Ranch Worker channel on youtube. They were way excited. 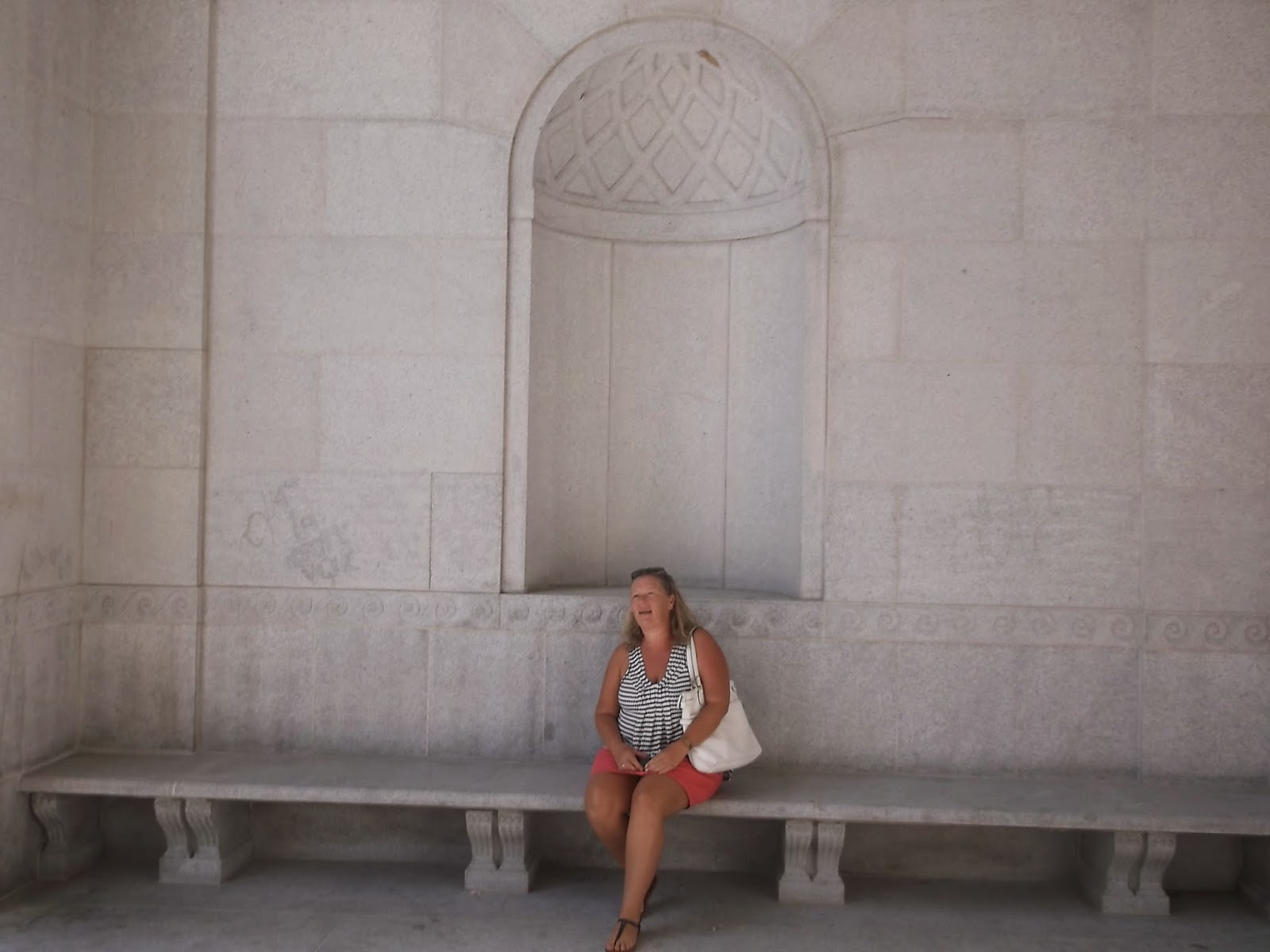 They made their way up the empty stairs and into the foyer where you will recognize this marbled shell where Red and Blue once posed. Wow! This is gonna be good, they mused.  Just then, two security guards approached and let them know that they were not allowed to be where they were, that the museum will not be open until next year! What a letdown. Oh, well. 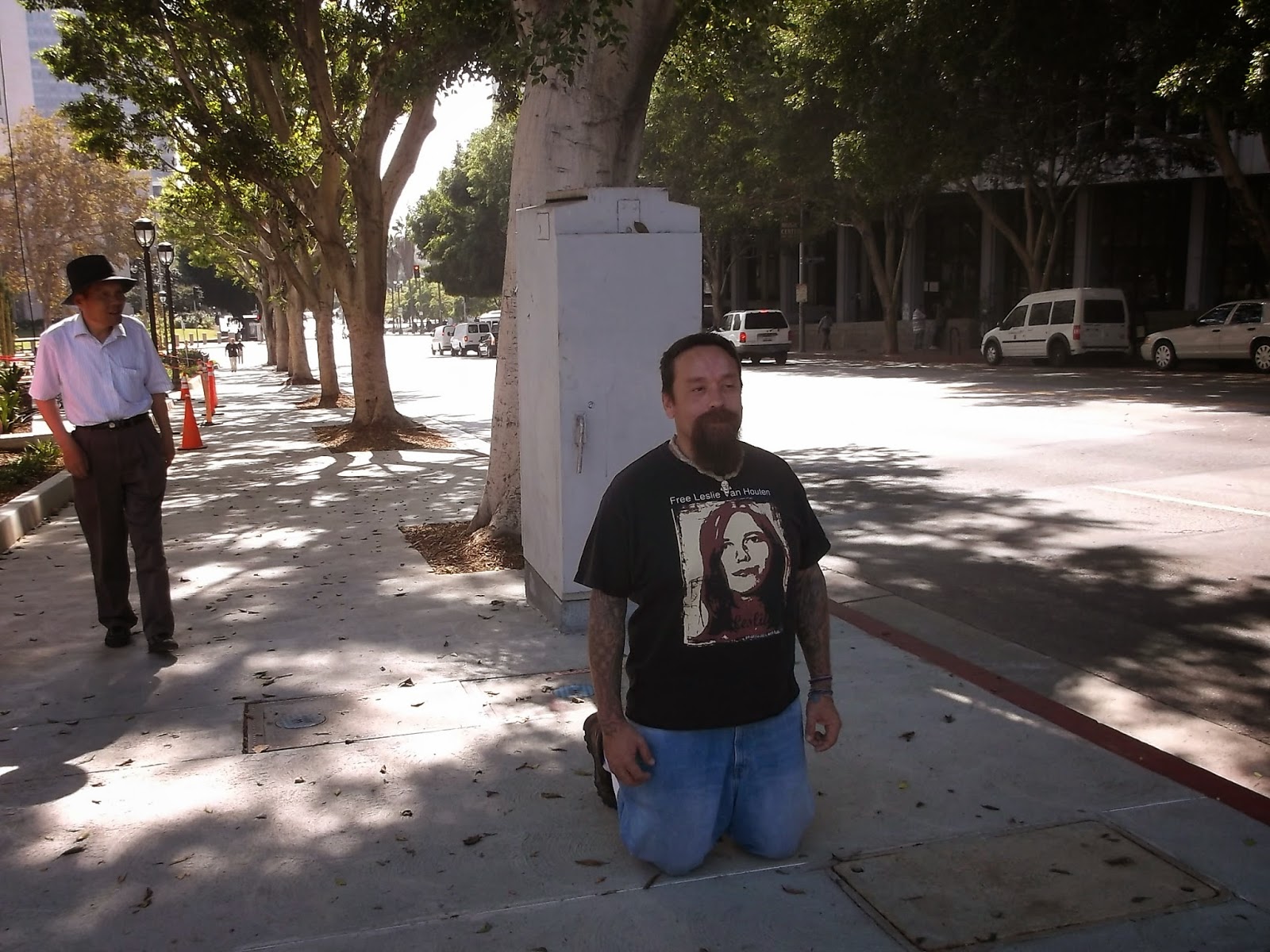 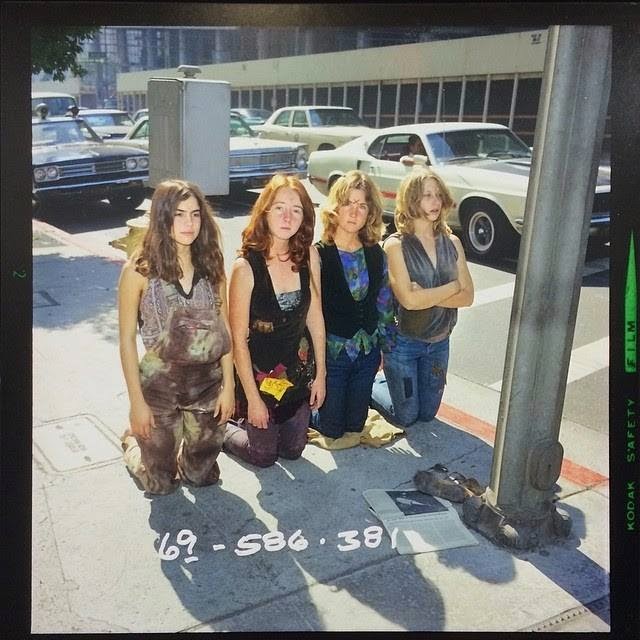 If you know Stoner, you know that he is not one to let a little thing like that ruin his day.  So, they went around the corner and posed for this beauty.  Check out the look on the passerby's face:  priceless!

Anywhoo, don't go down there yet, because it ain't open!