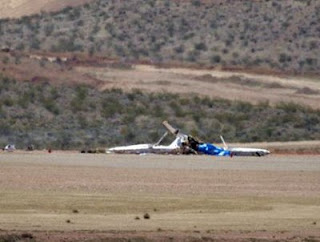 Farflung. Gotta love him (at least, Patty does. Don't tell Mr. Patty, okay?). He is into the minutiae, the "devil in the details." He wrote this to Patty recently, and it made her go, Hmmmmm.  What do you think?:

"From the ridiculously deep trivia files only Farf finds interesting, and maybe Patty.


I did a little searching for the mysterious James and Lauren which have been used as ‘Free-Spaces’ on the Manson Family connection bingo card.  It appears to have been a strong case of confirmation bias and I think I’m about to add to the mix.
It begins in 1970 when James Forsher and Lauren Elder are mentioned in association with the missing attorney Ronald Hughes.  James and Lauren are both reported as 17 years old and from West Los Angeles.

Next in 1972 is the disjointed murders of James and Lauren (Willett) in Stockton with Squeaky and Brenda in attendance as Manson associates.  Even though nothing has tied James and Lauren to any Manson activities, this does not appear to impede the inferences.

Then arrives 1974 and the publication of ‘Helter Skelter’ with an oblique mention of James and Lauren who have somehow become Manson Family members and potential assassins of Ronald Hughes.

Subsequently James Forsher comes out of the woodwork and files a law suit against Bugliosi, which he (Forsher) loses in 1980, where the paper reports his age as 22.

Now for the Twilight Zone stuff.  The ‘other’ Lauren was Lauren Elder and there was only one I could find that lived in the LA area in the 70’s but she would have been 21 at that time rather than the 17 reported in the previous article.  So dead end and the ‘One Degree of Separation’ has been established.  Or was it?

Apparently this Lauren Elder was flying in a light aircraft in 1976 which had crashed in the high mountains resulting in the death of the pilot and other passenger.  This Lauren manages to stumble, fall and crawl from the crash site and arrive in Independence, CA and rescue.  But that rescue was delayed because people refused to help her, out of fears that she was part of the Manson Family (insert that weird, sci-fi Theremin sound).

I don’t know if the plane crash Lauren Elder is one in the same as the Ronald Hughes disappearance Lauren Elder, but was surprised how easy it would be to make the association with Manson and add to the confusion and lore.

Farf, who the hell are you, anyway? Patty is thinking, ex-CIA. Is she close?