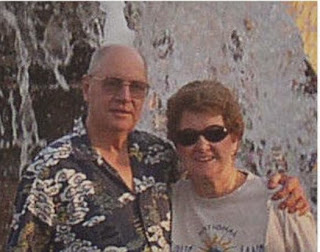 Sometimes when you go looking for gold, you find it.

I was tracking down information the other day on the Amargosa Mine, also known as the Salt Springs Mine, which is between Baker and Shoshone, just off the road to Death Valley.

I’ve written about the mine in the past. Gold was discovered on the spot in 1849 by members of an early Mormon expedition. It was one of the first, if not the first, non-native gold strikes in Southern California.

I ran across information from 1993 that said Emmett Harder was the current owner. He lived in Devore. Twenty years later, he’s still in Devore and still owns the mine.

But that’s not what this column is about.

This column is about the fact that notorious killer Charles Manson is back in the news. A new biography on Manson by Jeff Guinn recently hit the shelves.

What does that have to do with Harder?

Well, after a lengthy discussion about his lifelong love of prospecting, his sporadic work at the Salt Springs Mine and his fascination with stories of lost rich deposits of gold, Harder mentioned that he also owns a mine in the Panamint Mountains near Death Valley.

The mine is near Barker Ranch, where the Manson Family lived just before and during the infamous Tate and LaBianca murders. Mansion was captured at the ranch, hiding in a small closet.

Harder, 81, said he spent time with Manson and his followers. News stories and other writings over the years bear out his account.

A Life magazine story that ran during the time of the Manson trial featured photos from the ranch.

“One of the pictures is my partner in the gold mine, standing with Charlie,” Harder said. “I’m standing right beside them but I didn’t get in the picture, unfortunately.”

He said he also was just out of the frame in a photo showing some of the young women in Manson’s group making breakfast in the ranch house.

“They were making hotcakes and we were dipping them in syrup,” he said.

At the same time, Manson was in an argument with a man named Carl Rona.

“Charlie took offense when Carl said, ‘You hippies,’” Harder recalled. “Charlie said, ‘By God, we’re not hippies. We’ve escaped from Haight Ashbury and we came down here to get away from the troubles of the world.’”

At one point, Harder said, he brought Manson to San Bernardino.

“I brought Charlie and (Charles “Tex”) Watson and a bunch of the people down from the mine with me,” he said. “They had dinner here at my house. Charlie played the guitar for my wife.”

Harder said he was close to some of the women in the group. One in particular came from a San Bernardino family he knew. Catherine “Cappy” Gilles was the granddaughter of Billy Meyers. The Meyers family owned a ranch adjacent to Barker Ranch and Gilles’ mention of the ranch is reportedly what initially drew Manson to the desert.

Gilles, Harden said, had run away from home at 14.

“I was concerned with her being with these hippies,” he said. “I tried to get her to reunite with her family.”

He’s remained in touch with some of the women over the years, including Lynette “Squeaky” Fromme, who was imprisoned for an assassination attempt on President Gerald Ford in 1975.

“I saw them in a whole different light,” Harder said. “These girls were all misfits of one kind or another and they were all trapped by Charlie.”

“He wasn’t an impressive fellow for us but he certainly impressed (the women in the Family) in a horrible way.”