While trying to find verification on how real the signed Manson Family White Album, I found there is also a bible signed by the same Family members for sale by the same dude.

FROM- http://www.ioffer.com/i/charles-manson-susan-atkins-autograph-signed-bible-x5-161497899
This bible has been signed on the first free endpage by
Charles Manson, Leslie Van Houten, Pat Krenwinkel, Susan Atkins and
Charles "Tex" Watson. All are in blue ballpoint except Van Houten,
which is black. Manson added "Easy" and a swastika through his
signature. The signatures were obtained by a gentleman who was at
one time with the Manson family while at the Spahn ranch. I choose
not to post his name here. The signatures were acquired at Corcoran
State Prison, the California Institute for Women and Mule Creek
State Prison, all in California. This hardcover edition of the
bible was printed by Thomas Nelson and Sons, 1953.

Below is the link that claims the White Album is also genuine.
http://www.popculturesignatures.com/chmachtwasua.html

The signed White Album has made for some good blogging conversations huh?  I know I read or was told years ago that the signed White Album was really truely genuine.  Maybe Eviliz was duped?
I think Deb is going to get us to the bottom of this once and for all.  Stay tuned.

He's sexy and he knows it! 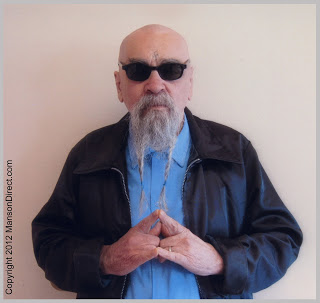 New pic of Chuck from Manson Direct.  It might not be new to you but it is new to Randy J. and I.

Heyyyyyyy, is that a weddin' ring on his finger??
Which one of you ladies from the blog got hitched to Charlie and didn't invite us to the wedding? 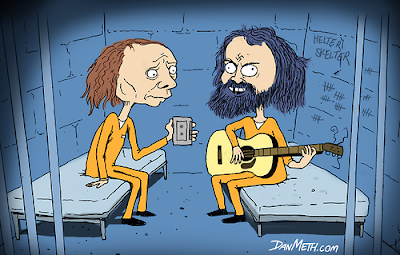 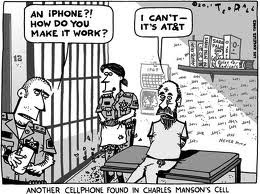 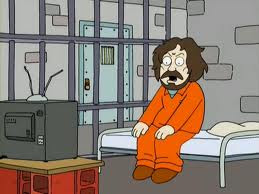 Title of  artwork below- THE MANSON GIRLS SINGING AND LAUGHING AS THEY ENTER THE COURTROOM 2006
Evili'z opionion of this pic is-well you can guess right? It contains a WTF in it. 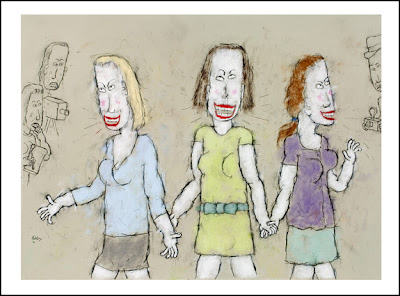 This artwork is for sale at-
http://www.nyee.edu/einhorn-art-gallery-artists-anthony-bill-additional-art.html