In the summer of 1969, the idealist hippie dream was shattered when over, two hot August nights, Charles Manson’s “family” gang brutally murdered seven people in their own homes, including the actress Sharon Tate, who was eight months pregnant at the time. 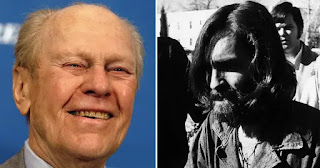 Manson was not captured until October of that year, and as the full horror of his fanatical cult was revealed during his trial, America reeled. Charles Manson was not just a deranged psychopath, but also an extraordinarily charismatic leader who had brought dozens of followers under his spell -- most of them young women. They would die for him, and they would kill for him.

His most ardent acolyte, and de facto second-in-command, was Lynette Fromme, who was just 21 at the time of their killing spree. And as authors Dylan Howard and Andy Tillett reveal in their book, The Last Charles Manson Tapes: Evil Lives Beyond the Grave, she not only remained loyal to Manson after his incarceration but in 1975 even attempted to kill the President of the United States. "Did Manson have a hand in Fromme's assassination attempt?" they write. "Almost certainly."

Lynette Fromme met Charles Manson when she was still a teenager. As Howard and Tillett explain, she, like many of his followers, was already deeply troubled.


"Fromme had been born in Santa Monica, California, in 1948 and was a good student at Orville Wright Junior High School. She was a talented dancer, in a troupe that performed at the White House, but developed problems at home and by the time she was thirteen, was no longer speaking to her father. By fifteen she had taken to burning herself with cigarettes and drinking heavily. She then left home permanently after a blow-out fight with her dad.

"In 1967, she was drifting when she met Charles. As Fromme recalled in her own autobiography, he introduced himself by telling her people in the area referred to him as ‘The Gardener,' because his role was taking care of ‘the flower children.'"

The couple, along with fellow Family member Mary Brunner, drifted through California, soaking up the “tune in, turn on, drop out" spirit of the times. Manson continued to develop his ‘philosophy' encouraging the girls to free their minds," write Howard and Tillett, “and encouraging them all to have sex together, so the two girls would lose their inhibitions. Through the force of her personality, humor, energy, and absolute devotion to Charlie, she would be treated as Charlie's second-in-command." 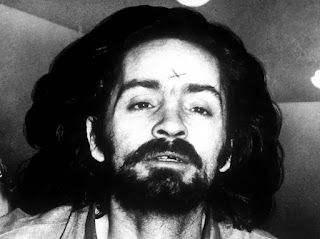 More followers fell under Manson's spell. By 1969 the Family would be dozens strong, and whatever hippie ideals they once held had been twisted into an apocalyptic ideology he dubbed "Helter Skelter" that culminated in the horrific events of August and a death toll that reached at least nine.

As Fromme had not been directly involved in any of the murders, she escaped the most serious charges, convicted only of attempting to prevent others from testifying, as well as contempt of court, and receiving only short sentences.

Even as the full extent of Manson's evil was laid bare before the world, Fromme kept the faith, turning up every day throughout his trial to protest outside the court. As the authors note, "Lynette Fromme, the Family's nominal leader in Manson's absence, and [fellow Family member] Sandra Good were among those still maintaining their curbside vigil. They knelt, still with shaved hair and X-marks on their foreheads outside the courthouse."

After his conviction and death sentence -- which was later commuted to life in prison -- Fromme remained devoted to her leader. She and Good moved into an apartment together and visited Manson as often as they could. And the self-styled "Messiah" continued to exert his influence over them. 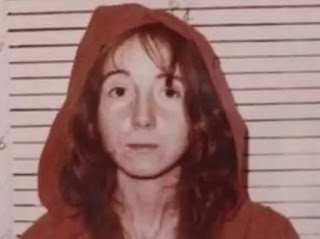 In association with their work with the Order of the Rainbow, Fromme and Good launched the International People's Court of Retribution (ICPR). Ostensibly an environmental group, they soon began to show their true colors.

During a 1975 radio interview, Good claimed the ICPR had 2,000 assassins who were monitoring executives and their families of organizations that harm the air, water, earth, and wildlife. And, according to Howard and Tillett, their manifesto contained the following threats:

"Any woman who uses her body to control, or to sell products harmful to the people and the environment, will be viciously maimed. Anyone who advertises or manufactures food or drugs injurious to the people's health will be killed. Media executives and their wives who allow the flow of distorted sex and violence through the media into the minds of millions of people will be subject to the violence they have been selling to the people in the form of entertainment..."

Strangely, given their backgrounds, history of violence, and continued devotion to Manson, the authorities appear to have dismissed Fromme and Good's bloodthirsty promises as little more than harmless fantasies.

It was very nearly a terrible mistake. 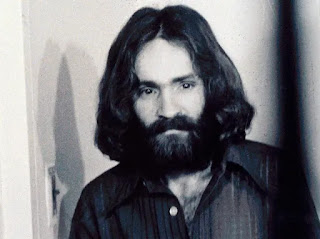 "Fromme made her grand gesture toward environmental activism on September 5, 1975," write Howard and Tillett. "Dressed in her red nun's habit, she approached then-President Ford as he was walking toward a gathering of business leaders in Sacramento.

"Fromme managed to get very close to the president before whipping a .45 caliber pistol out from under her robe. She pointed the gun at Ford and pulled the trigger. Fromme, however, had not chambered a round. Because of this, the gun did not go off. Fromme was immediately subdued, where she cried out, ‘It didn't go off. Can you believe it? It didn't go off.'

"Later, when Fromme's apartment was searched, investigators found a single bullet on the floor of her apartment. More incompetence, or a deliberate alibi? Probably the former, but Fromme would later claim the latter."

Charles Manson, America's most evil man, and the self-proclaimed devil incarnate may have orchestrated the murders of nine people… but his original and most ardent follower, the fatally damaged "flower girl" Lynette Fromme, very nearly outdid him. Nobody has come closer to killing the American president since.

Fromme's trial barely lasted two weeks in November 1975, largely because she refused to cooperate with her defense counsel. She was given a life sentence and spent nearly thirty-four years in prison. She was released in August 2009 and lives in New York state. In a 2019 TV interview, two years after Manson's death, she was asked if she had been in love with the man who had made her a monster. 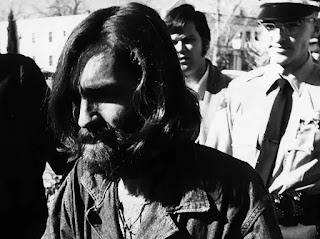