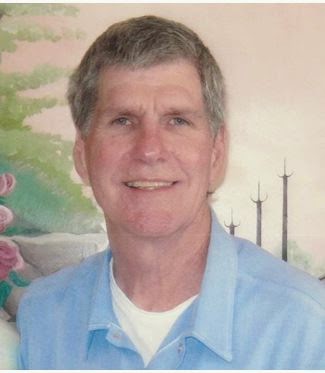 Ol' Tex discussing blaming his actions on Manson in this old interview that is posted on his ridiculous website, aboundinglove.org.

Gag me with a spoon! I am assuming this interview was conducted in 2003, since he was 58 at the time. There isn't anything revealing, or remarkable in it, if you ask me. Funny how he doesn't mention a damn thing about his participation in Shorty's murder. He specifically mentions just feeling bad about the 7 murders he participated in, and how God has forgiven him. His website also reports on his prison activities such as ministering fellow inmates on the yard, running his church, writing newsletters, and even drawing incredible, life-like furry & fuzzy pussies. I wonder if he does that by memory, since, technically, he did see a lot of that same subject matter out at Spahn's ranch, right? 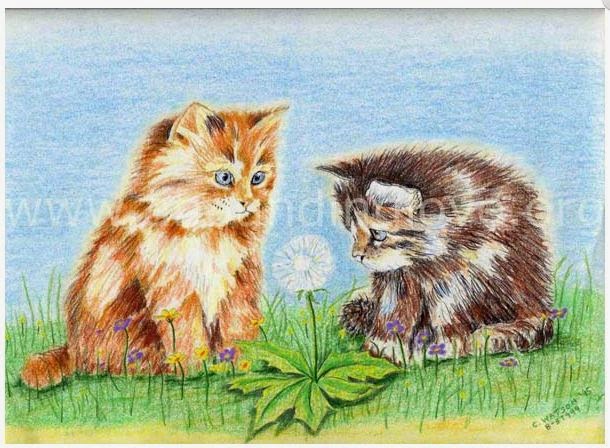 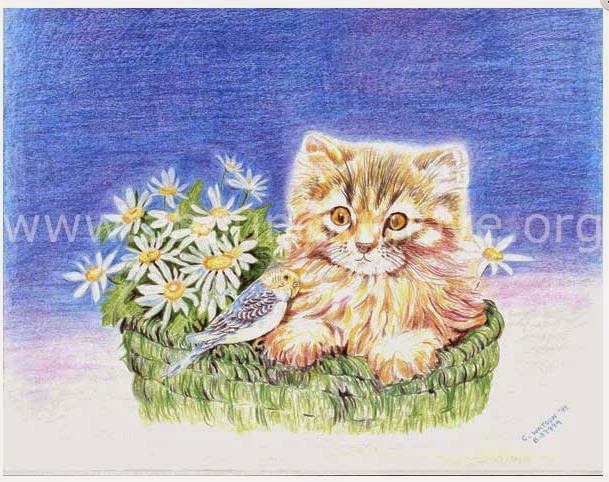 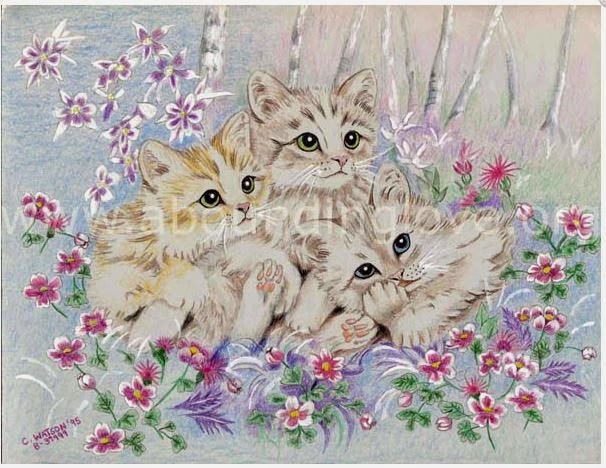 Tex's website also includes a movie review from the last piece-of-caca Helter Skelter movie they made starring Jeremy Davies. He even had a rating system attached to the review at the bottom. How does he find the time?

I question the need for another "Helter Skelter" movie. These crimes, which I deeply regret, were atrocious. It was a tragedy not only for the victims, but for their families, to whom I eternally and humbly apologize. I owe a debt to society that I can never repay, but I can pass along insights for constructive purposes with what's left of my life. I am saddened to see the hunger our society has for this phenomena. One day, I believe this evil will be overcome by good.

This new version, by writer-director John Gray, will be responsible for awakening and shaping the minds and beliefs of a new generation concerning the Manson family. The true sense of what Manson personified could only be known by his former followers, who know how they were manipulated. I feel after the movie, viewers were still asking themselves how and why? It seems Gray had his own agenda in mind, focusing more on externals, instead of helping his audience to understand the internal transformation that took place in the hearts of Manson's followers to carry out such savage acts.

This movie distorted the characterization of Manson and his former followers, but in all fairness, we were told it was dramatized and fictionalized at the start. CBS's executive producer Mark Wolper told TV Guide, "We want to create a film that was really, really scary to overcome the retro-cult fascinated with Manson." In my view, greater emphasis should have been given to the deceptive philosophy of Manson rather than emphasizing "scariness." If the purpose was to empower people to not be enticed by cults; I question the ability to scare people straight. Instead viewers left the movie fearful, with Manson's face embedded in their minds. To protect impressionable minds and overcome cult fascination, sound belief systems must be developed based on a loving God who satisfies a longing soul. To the contrary, this movie has now enflamed the world with fear and hatred, from this presentation of the Manson Family's demonic wave of horror.

The mistake is often made to show Manson as a hyper, long haired, arm waving, wild man. This was his court persona and how we see him acting out in interviews after the crime. Because the movie started one month before the crimes, in July, 1969, the timeline did not allow the viewers to see the progressive change in Manson for the previous year, after his release from prison. At that time, he was calm, young looking, personally charismatic, with short hair (at first). He gradually changed to a madman, able to deceive his followers. This gradual change, we all experienced was sadly missing; so the viewers were left asking themselves how these kids could be turned into killers. At one point in this movie, even Vincent Bugliosi questioned this.

This movie depicts Manson as a drug-crazed, want-to-be rock star, who sends his groupies out to kill in anger and revenge to start "Helter Skelter". If he appeared like that to us from the start, we would never have followed him. Those willing to die for Manson, were not willing to die for the madman portrayed in the movie, but for a man whose philosophy deceived us. I was in turmoil when I realized his philosophical doctrines were all lies, designed to enslave us to his plan.

We see exactly the same thing when we see terrorists lay down their lives for a cause of their leader. The suicide bombers have come to believe the philosophy they have been taught by their charismatic leaders. The world sees their leaders as crazy lunatics and can't understand why anyone would follow them, especially parents who offer their children to the cause.

The Manson family was made up of young adults who were depressed, with spiritual and psychological problems, often coming from dysfunctional families. We were often hungry, eating from garbage cans, a dirty bunch, bathing in creeks or taking cold showers at best. We were a small, lost, demonized cult of 16 hard-core followers and several drifters, who lacked identity and acceptance. We were looking for answers from Manson. After it was too late, we found he had no answers, only a mixture of philosophies he manipulated to make us believe we were much more than we were.

The role of drugs and music were under emphasized, relative to Manson's ability to capture our beliefs and deceive us. The drugs caused us to become gullible with an openness to accept his ideas. His music helped to hypnotize us, making us willing to do anything he requested for the cause of "Helter Skelter". Charlie sung the family into a trance while on drugs, but the actor in the movie, Jeremy Davies, hardly ever sang. I was surprised that the movie depicted me as sniffing methamphethetamine in the car before the final crime. Actually, I did this before leaving the ranch. The actor portraying me did not look as young as I did and walked with more maturity and authority. I was aloof, a heavy thinker, mesmerized by the philosophy of Manson's mission and drug crazed as seen from my jail photo while on the hallucinogenic plant belladona.

Jeremy Davies' did a superb job imitating Manson in the scene on the beach, wildly explaining the "Helter Skelter" philosophy. More scenes of this nature may have helped the viewer to understand Manson's twisted logic. But in reality, does any of it make sense? Even Manson himself would have us believe that, "No sense, makes sense!"

Manson's deceptive "Helter Skelter" philosophy depicted his true motive for the crime, not his anger towards Terry Melcher, Doris Day's son, who would not give Charlie a recording contract. In the "Helter Skelter " chapter of my book, Will You Die For Me?, I share other motives, those being: a copycat murder to free Bobby Beausoleil from jail, a connection the prosecution failed to acknowledge at first; and to obtain money to finance "Helter Skelter" and to pay Mary Brunner's bail. These were the motives. Manson became impatient to prove his "Helter Skelter" philosophy, so he saw his opportunity to start it by choosing Melcher's residence, although he knew he no longer lived there. I was surprised the script showed Manson going to the residence the night before the murders and being offended, because I was not aware of that until years later.

I felt Vincent Bugliosi's book, "Helter Skelter", written in 1974, was about 85% accurate in its portrayal of what it covered. It's much more difficult to portray character traits. The movie did tell the story, but roles were overplayed, especially Susan Atkins, and there were factual errors. For instance: ID's were not all put in one box. Dogs did not eat before the family did. No spotlights were at the ranch. The $5000 was given to me by Linda, and I gave it to Manson. Many times I wish I had left and gone back to Texas with that money. I'm certain many others do too. There were no girls kissing one another, and there were no orgies as depicted. The girls wore no make up and were not Hollywood dolls. Dennis' beach house was not on the beach. Spahn's ranch had no lake. I don't remember Manson ever physically abusing the girls. As far as the crime is concerned, Manson gave me the specific orders on a long walk that night. The phone wire was cut away from the house on the left side of the road. The car was parked far down the hill. It was extremely difficult to carry out Manson's orders. No one enjoyed what they were doing, like the girls were portrayed as doing. After the crime, we reported to Manson in the bunk house, very low-key with him not happy, and there was no celebration by the family in front of a television.

My book Will You Die For Me? shares a view from someone who was there. It describes these crimes chronologically from audio recordings made just four months after the murders occurred. It appears some of the research for the movie must have come from my writings. I can speak of the crimes today, because they are behind me. I face my past truthfully, with a healthy identity. But still, the enactment left me drained, butterflies and knots in my stomach and deeply saddened by the pain I have caused, even though that person who killed so freely is not alive any longer. He died spiritually and is now forgiven, and made new by the righteous sacrifice of Jesus Christ.

I've also tried to present additional insights in my new book Manson's Right-Hand Man Speaks Out! This book consists of my answers to over 200 interview questions I am most often asked. The movie fails to tell the powerful story of how a convicted killer can change and after all these years become an asset to others with him in prison. The movie presents the bad news, but shouldn't we look for some good news in the midst of such agony? It is seldom told how one of the victim's family member portrayed in the movie has forgiven me. These are stories of hope, rather than the perpetuation of Manson's evil ideas. For this reason, the Christian outreach of www.aboundinglove.org was created.

Overall, the movie was fairly accurate in its representation of what we were willing to do, and what we did for Manson. The Manson case has taken on a life of its own. It does not deserve all of this attention. The story does not end with the arrest, conviction and incarceration of those caught up in this story. The pain will never completely go away, but at the same time for some of us, there has been a new beginning based upon the truth of the Gospel of Jesus Christ.