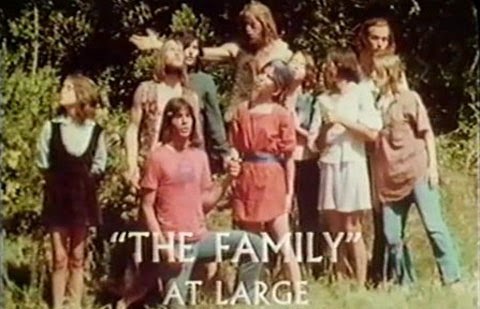 The smallest DETAIL can relate to the most significant CLUE.

When everyone else watches this scene (in MANSON at 3 minutes 50 seconds - also opening credits is a great clear face shot of the "red headed" man) in the woods behind the Spahn Ranch - as the Family sings "One is One is One" - I think of LSD and MIND Control.

By now most can identify by name everyone in the group, EXCEPT for one. Yes, he's barely visible and mostly insignificant and known only as the red headed man. And he would have remained insignificant, except that recently Matt has me asked me who he is, and recently the story broke about how LSD has been used successfully to modify the brains of criminals.

FIRST you must understand that LSD was developed for the purpose of ridding mental patients of traumatic events and or troubling pasts. In 1967 I was discharged from the Army to attend college.  My second semester I took a psychology class where I met a woman who was an early LSD experimental patient.  She explained the entire process where a would-be doctor give her a dose of LSD and then talked her through a trip where he would direct her to disguard certain past experiences and or people from her brain.  The result? A step-by-step purging of her brain's "hard drive."

Fast forward to another day in 1970 at Spahn's Ranch when I was filming the 'Sing-a-Long" for the MANSON movie.  The "red-headed man," I assumed, was just another soul who wondered in for a day to experience the far-out life style of the Manson Family.  I never saw him again at Spahn and never questioned the matter.

But months later, I attended a birthday party for someone very special in the Hollywood's metaphysical community. I could hardly believe my eyes, nor he his, but there he was - the "red headed man."  We had a great conversation and YES - he explained to me exactly how the Manson Family performed the LSD operation on him - which was exactly the same way as the early LSD patient explained it to me a couple of years earlier.  And now, some 40 years later, the government has apparently learned via LSD how to cure criminals of their EVIL ways.

RH's films, "MANSON", "Inside the MANSON Gang", and his book "Death to Pigs"
are available to mansonblog.com readers HERE.