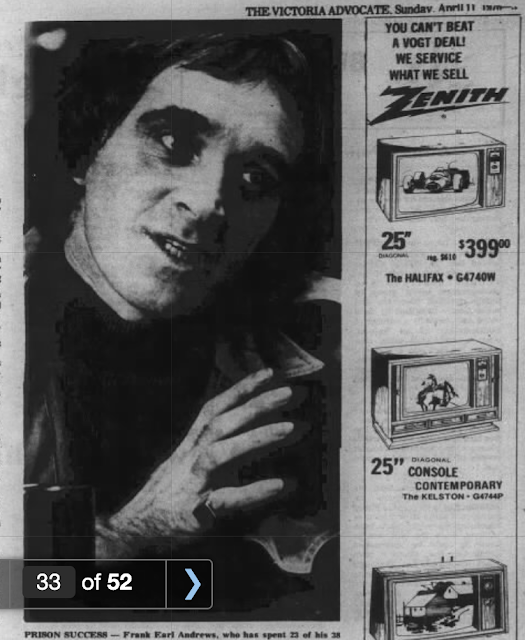 What's up with these dudes and their creepy fingernails all the time omg barf.
Say hello to Frank Earl Andrews, editor. FYI, a television twice that size costs about the same right now in the flyover states losers like me call home. Viva technology.
Please excuse yet another trip into what you might consider ephemera this week. My interest in nature/nurture and the cultural reaction to the Manson Family only deepened after Mark Ross explained the true motive behind the August 1969 murders during long private conversations we had prior to his death. Mark made me promise to never reveal his secrets until after he was gone but I'm just not ready yet. Apologies.
Instead, I'm inhabiting my safe space. And anyway like they always say, "I wonder how Zero is doing tonight?" And, "Ask Zero's mom what she thinks about Mark."
Wake up, Claire...they're all dead.
I sounded like Ethan Hunt there didn't I? Before we get going, let's note that I'm not sure if Andrews is deceased. He might be typing away right at this moment. I'd hate to put an untrue RIP upon anyone. You know I'm all about peace and love.
Lately, we're working on an article about old people in prison and xyz. Wanting screen caps, I asked Deb if she had the book with the Krenwinkel poems and prose in it Chris B sent me excerpts from one weekend night back in the misty past.
"Yes. Give me five minutes. I'll scan fifty-three pages for you."
True story. You can also buy the physical copy of the paperback on Amazon for your collection if you desire. I will drop Krennie's submissions into another post if anyone is interested. My advice is to not read them all in one sitting. Or at all really.
Katie Reeves was light years beyond Andrews though. Galaxies. 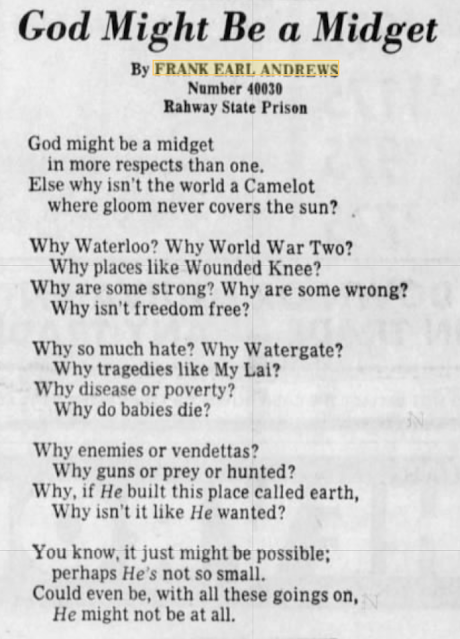 Oof.
I was seriously looking forward to what Andrews planned on rhyming with vendetta and dude just straight up left us all hanging. That's no bueno. Why isn't freedom free indeed. 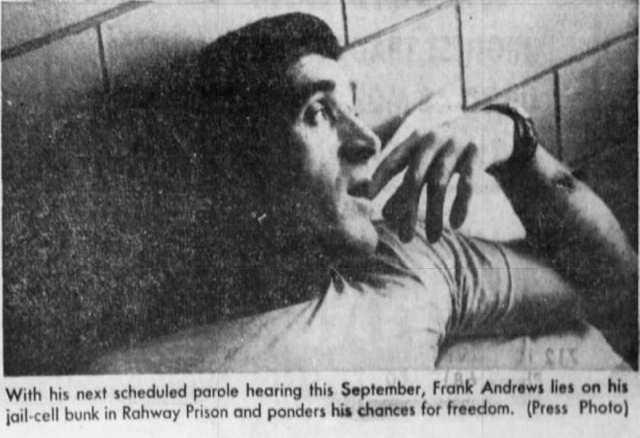 "Bada bing this next poem is titled Puppies Ain't in Pet Store Windows No More. I wrote it one day while sitting on the terlit."
Recently, Michael Channels and George Stimson mentioned a convict incarcerated with Charlie who was known colloquially as RD. The word vile was attached to RD's name. Channels added that everyone Manson knew in prison was vile. Channels went on to point out that in his opinion, almost everyone who attempted to befriend Charlie made their overtures with a business deal in mind.
Preparing to discuss Krenwinkel's writing craft with you, I noticed Andrews was a former convict. After all of the RD talk last week, I wondered if a bit of digging would reveal a similar scenario. I found two newspaper articles that will deliver pure bliss with your morning coffee. 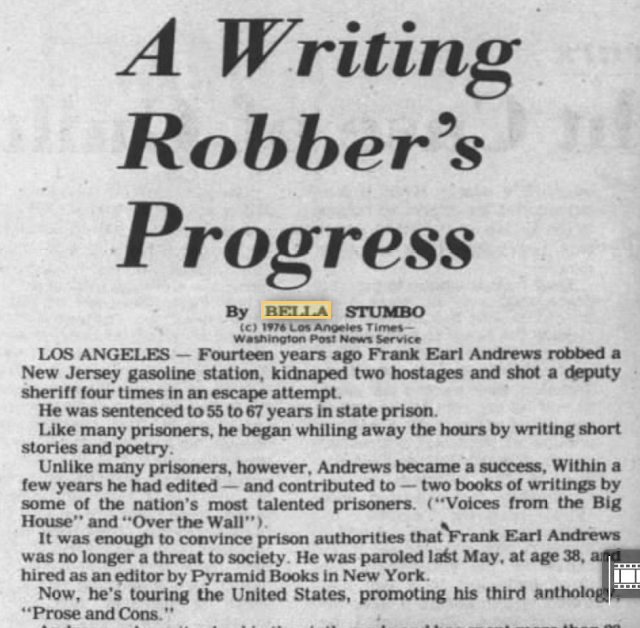 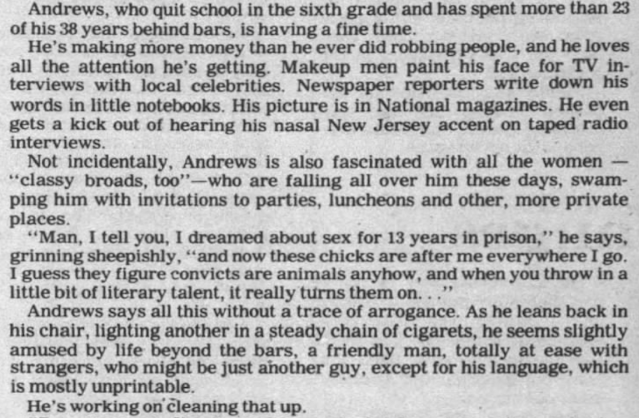 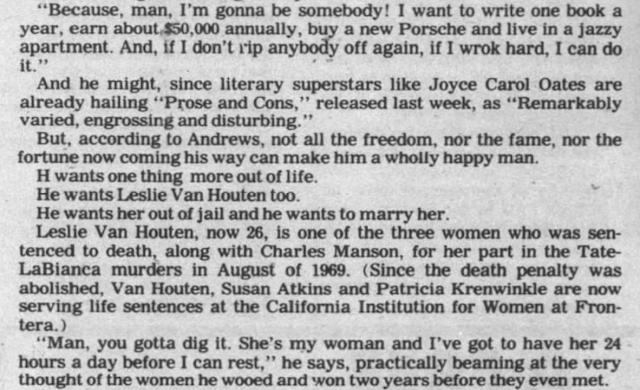 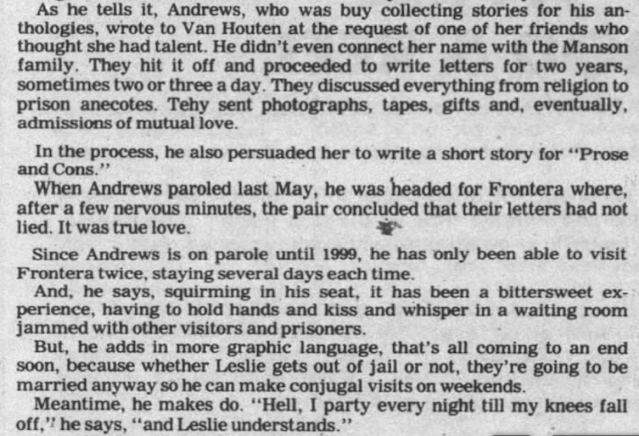 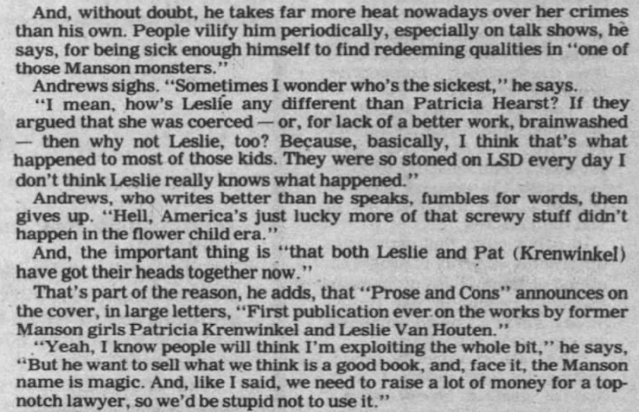 Leslie understands everything about me too. 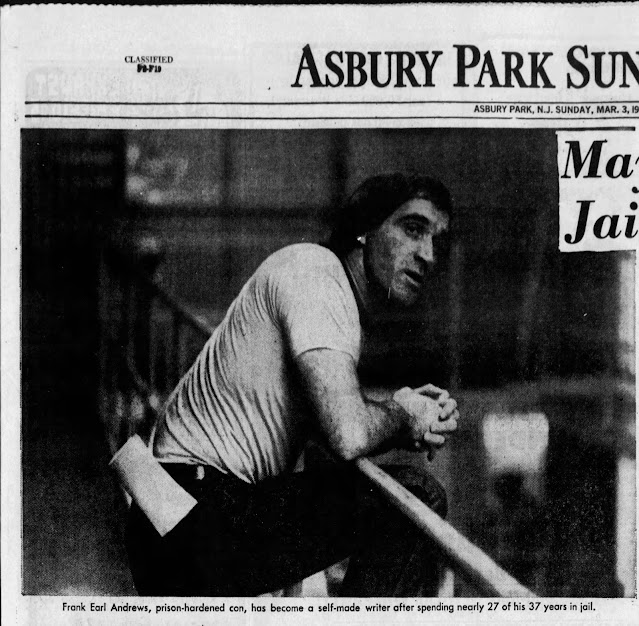 Andrews was a lifelong criminal before becoming an editor. He shot a police officer four times while committing his crime in 1962. America was still America then. That stuff didn't happen.
Whatever. I think I'll become an archaeologist by saying I'm one. But maybe not. The sun is hard on me. 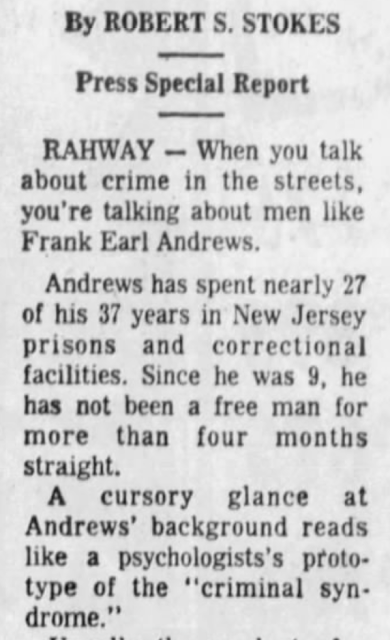 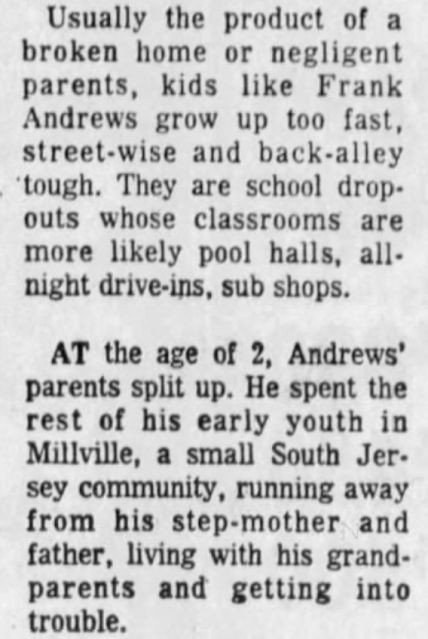 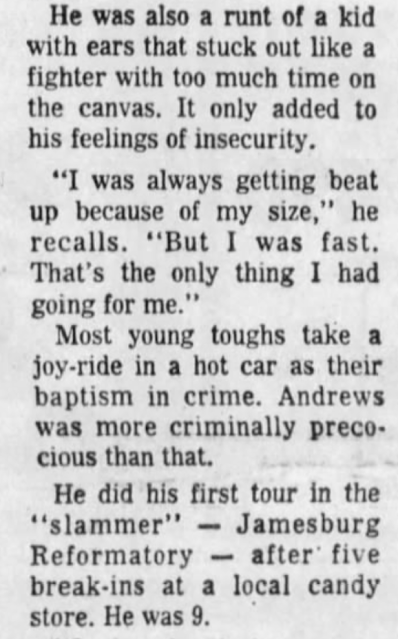 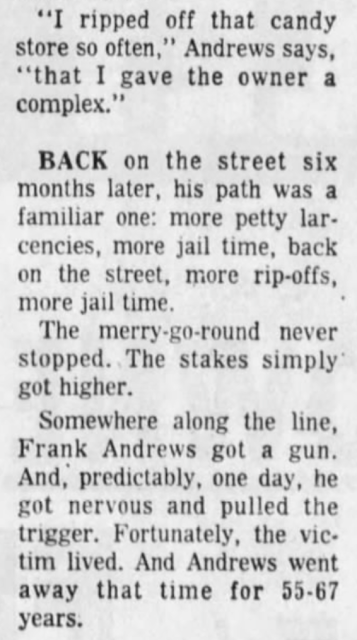 I'm no Andrews fan but the points make themselves. We're heading outside in the dark to kill slugs so I'll spare you my soapboxery this time around. Channels called that scene though. Nailed it, imo.
I hope you turned yourself around, Frank. The sunny side of the street is so much easier to walk down.
Gordon GW. Ohio.
Posted by Gaspar G.W. at 10:22:00 PM 3 comments