One of Our Own is Gone

Excuse me I am choked up, just off the phone with the widow.  Matt had been bugging me all week,  I was in NY and sent someone up to the house.  Now we know the sad news.

His Oscar nominated film MANSON ended up in many ways his life's work.  When screening it in August we were able to see how amazing a work it really was when the audience applauded in droves.  Robert’s later work, assemble from outtakes, INSIDE THE MANSON GANG, was an incredible revelation as we saw the footage cleaned up and shiny.

This is only the beginning of the post to tell you all the sad news.  Myself and others will add to it as we find out more. 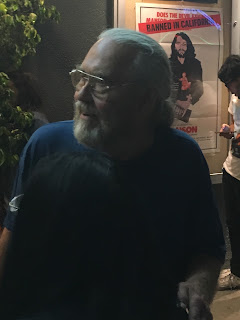 Bobby is up for parole this week

Bobby Beausoleil is scheduled to have a parole hearing this week, Thursday October 13th.  Since his last hearing his wife, Barbara, passed away.  This event triggered a move from the prison where he was housed in Oregon back to the California prison system.  He was first sent to Tracy and after a few short months he was moved to the Medical Facility in Vacaville. 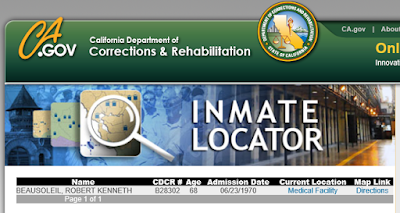 I do not know why he is at the Medical Facility.  They do have general population prisoners but the prison is mostly medical orientated. 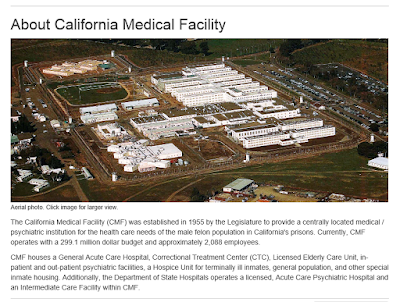 Bobby has a website that showcases his music and art.  While there are interviews, mostly older ones, the focus of the website is his creativity.  He explicitly states that the website is not for "the unfortunate associations that haunt my past."  Prisoners do not have internet access, the site is provided and run by friends and family.

There is a music page where you can buy his music either by getting a CD or getting a download.  There is an art tab that offers 85 different drawings that can come as prints or be put on merchandise like tote bags, cell phone cases, greeting cards, shirts and even home accent pieces like throw pillows or a shower curtain!

I could not find anything that hints at where the money goes that he presumably makes from sales.  Certainly there is a cost to produce whatever product that is sold but I doubt that he's creating and selling things to break even.  The thought did occur to me that he would like to show the parole board that he can indeed support himself with his music and art so that's why this website offers so many things for sale.  If you remember at Bobby's last hearing he was chided by the board for thinking he could make a living from his creative endeavors and they told him he should have learned a trade while imprisoned.

So, what's the general consensus?  Is Bobby going to get his long desired parole, likely to be shut down by the governor like Bruce and Leslie?  Or is the parole board going to shoot him down again and tell him he still has some improving to do? 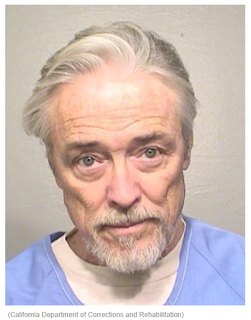