Good people of Mansonblogland, I picked up a Beach Boy's book at the local library that explained in small detail the way Manson found his way into Dennis Wilson's life. Now, please take this with a grain of salt, and don't bite the messenger's head off. We don't know if this is 100% accurate, but most of us CAN agree that Manson wasn't exactly a model citizen, especially when it came to supporting himself. What he WAS good at, and probably still is, is the art of sponging/mooching off of others. I get a chuckle every time I think of Manson sitting by the pool of Dennis Wilson's house, being fanned by a nude Lynette Fromme, while another young female fed him grapes....all the while bitching about all the "material possessions" Dennis needed to let go of. Of course, Dennis DID get a song out of Manson, and a lot of BUSH, so everyone got something out of the deal! Please allow me to bring you an excerpt from "Catch A Wave: The Rise, Fall & Redemption Of The Beach Boys' Brian Wilson" with all it's weird typos by Peter Ames Carlin:

And even if the Beach Boys seemed determined to drift above the fray, no amount of cheerful harmony could keep the darkness around them from seeping into the sunny little world they continued to imagine in song. For Dennis, the chaos came to call one afternoon in the spring of 1968 when he picked up a couple of cute, young hitchhikers, and brought them back to his house on the western slope of Sunset Boulevard for what he hoped would be a quick three-way, sexual liaison. Indeed, the two young women were more than happy to spend the afternoon rolling around naked with the hunky, young drummer, and a good time was had by all. Later that evening, Dennis came home from a late-night recording session, to discover that the girls had returned, only now they were accompanied by an entire flock of similarly freaked-out girls, and the older man they called their guru: a dark-eyed, raven-haired drifter named Charlie Manson. Manson was even stranger, and less clean than most people Dennis tended to hang around with. But he spoke of brotherhood, and faith, knew where to get good drugs, and had such a hold over his flock of girls that when Charlie told them all to get naked, Dennis's living room became a writhing mass of pink, lithesome, submissive flesh. And for Dennis Wilson, this was all the transcendence he could ever imagine. 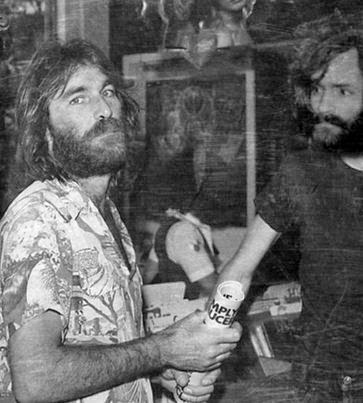 All Charlie asked for in return was a place for him, and his family to live, food, drink, money, and access to everything else Dennis owned. Oh, and also a chance for Charlie to record some of his original music compositions, many of which elucidated his inimitable philosophies on life, love, and the inevitability of social conflict. And for Dennis, who had jumped from adolescence to wealth, and fame without pausing to resolve the emotional toll of growing up in the shadow of Murry (their manager), the situation was just poisonous enough to feel right. Many young, rock stars feel secretly (or not so secretly) guilty for their success, and Dennis experienced guilt with the full-bodied enthusiasm he brought to his various indulgences. He was accustomed to giving away his money, cars, and clothes. Such sacrifices made him happy, so if he could satisfy both his conscience, and his decadence in one, mutually fulfilling relationship with Charlie Manson, that was fine by him, no matter how dirty, and wild-eyed his permanent house guest could be. "Fear is nothing, but awareness, man," Dennis told a reporter from Britain's Rave magazine, going on to explain that he was quoting his friend, the Wizard, whom he described as being terribly wise, and also, at times, quite scary. And he would grow even more so, as the summer of Manson-Family fun went on.

Dennis brought Charlie up to Brian's house to record on several occasions, and the sessions produced everything from straight-ahead pop songs, to more avant-garde tapes Mike Love described to a Rolling Stone reporter in 1971 as "...chanting, fucking, sucking, barking." It was a million laughs, believe me." Nevertheless, Dennis remained convinced of his pal's musical talent, and took him to the Beverly Hills home of Terry Melcher up on Cielo drive-the same house where Brian had asked Van Dyke Parks to help him write Smile a couple of summers earlier. The producer agreed to give Manson's music a listen. He decided against pursuing the project, however, thereby eliciting Manson's considerable rage. Manson never forgot where Melcher lived, either. And though the object of his hatred would soon move to another part of town, Manson's fury stayed focused on that house on Cielo drive.

Dennis also wandered into Manson's sights by taking one of his songs, "Cease to Exist," smoothing down its bluesy edges, and recording it with the Beach Boys as "Never Learn Not to Love." Reportedly, Manson had written the song specifically for the group, imagining that his vision of love as a soul-consuming act of submission would make them feel better about themselves. "Cease to exist, come and say you love me......Submission is a gift/Go on, give it to your brother," Manson sang in his demo recording of the tune. And he's neither a terrible singer nor a bad songwriter, which may explain Dennis's interest in the guy. Dennis ended up revising the song's words, then removed Manson's name from the song's credit line, an affront Manson used to justify prying several more months' worth of goods and services from his rich friend.

Dennis eventually grew tired of Manson's parasitic ways, even if he had to move out of his Sunset Boulevard house in order to get the Wizard and family out of his life. Still, Manson's demands on Dennis would continue. And when they weren't satisfied soon enough, he or his minions would make threats, not just on Dennis's life, but also on that of his young stepson, Scott. The fear-slash-awareness would only deepen in the next weeks and months, and not just because Beach Boys, who put "Never Learn Not To Love" on the B-side of their next single, launched Manson's words and music onto the lower reaches of the Billboard charts. Soon the darkness of the age would seem to close in from every direction at the same time. 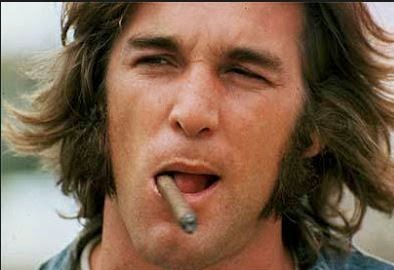 A few pages down, the "Manson" part continues:

And as the 1960s drew to a close, the sun-washed optimism the Beach Boys had once given voice to seemed to have been subsumed by the darkness that had always hovered on its fringes. What emerged was a nation that had splintered along every imaginable social fault line: black against white, young against old, rich against poor, students against their universities, women against men, humans against Mother Earth, You say you want a revolution? That's exactly what was going on in 1969, and every day it didn't erupt into bloody, hellish violence was kind of surprising. Then in late July (August, the author seemed to forget) of that year, the Los Angeles police got that call up to the house on Cielo Drive that Terry Melcher had recently moved away from, and what they found-apparently intended for Melcher by its mastermind-was so gruesome, it seemed like that nightmare of violent revolution was becoming real. The facts have been reported so often, and so vividly, it seems pointless to go into it all again. Suffice it to say that Sharon Tate, the pregnant wife of Roman Polanski, along with an array of friends, and house guests had been murdered in the bloodiest, most heartless way imaginable. To make things even more lurid, and awful, the murderers had scrawled vaguely revolutionary slogans-two drawn from the titles of recent Beatles songs-on the walls with their victims' blood. ( Austin Ann Notes: I didn't know pig, rise, & death to pigs was the title of any Beatles songs) A prosperous, middle-aged couple who lived nearby, the LaBiancas, were murdered under similarly hellish circumstances the next night. And paranoia in Los Angeles, and everywhere else, ratcheted up to alarming heights. But nowhere more than in the heart of Dennis Wilson, Terry Melcher, and the various friends and associates who had come to know something about Manson's revolutionary fantasies in the last few months. Manson turned up at Dennis's door a day or two after the killings, looking even wilder than usual. ("I been to the moon," he explained when asked what he'd been up to.) Dennis gave him all the money he had on him that night, but not nearly the $1,500 Manson had asked for, which aggravated him to no end. And Manson was even angrier when he returned a week or so later to find that Dennis was up in Canada with the Beach Boys. that time Manson left something for Dennis: a .45-caliber bullet. Dennis, Melcher, and their friends had whispered their suspicions all fall. But it took until mid-November for the authorities to build enough of a case to arrest Manson and his family for the murders. 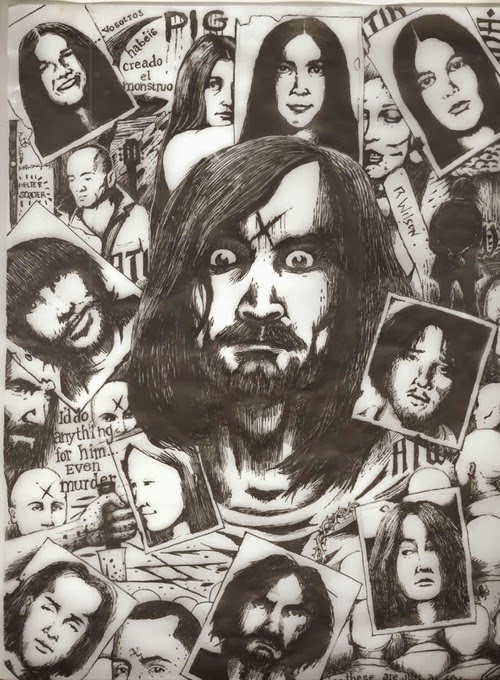 Here is the pic CWC sent: 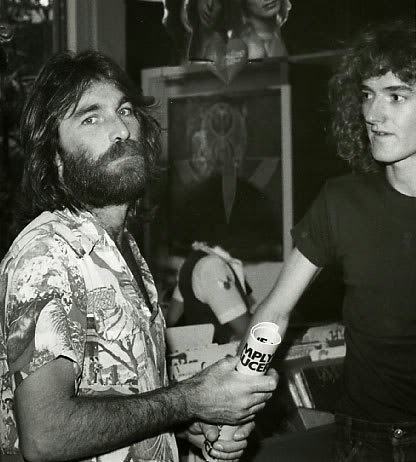