SACRAMENTO, Calif. -- A parole board has recommended parole for a convicted killer described as a top follower of mass murderer Charles Manson.

During today's rescheduled hearing board members found Davis suitable for parole based on his positive adjustment, record of no recent disciplinary problems, and successful completion of academic and vocational education and self-help programs.

He was not involved in the infamous murders by Manson followers of actress Sharon Tate and six others in Los Angeles.

During his 40 years in prison, Davis became an ordained minister and earned master's degrees in philosophy and religion via a correspondence program.

He was recommended for parole in 2010, but his release was later blocked by then-Gov. Arnold Schwarzenegger.

Davis was convicted of helping kill musician Gary Hinman in his Topanga Canyon home and former stuntman Donald "Shorty" Shea, who lived in Manson's commune at the Spahn movie ranch in Chatsworth.

Schwarzenegger acknowledged that Davis had made "some credible gains" during his incarceration.

But in turning down the parole recommendation, he cited the "especially heinous" nature of the slayings and Davis' repeated efforts to minimize his involvement.

So what do we think now?  Will Bruce possibly be out shortly to breathe  fresh air, and experience nature, sunshine and all the things he has longed for all these years? Or- will the Governor slam the door on him crushing his spirit and hope for maybe the last time? 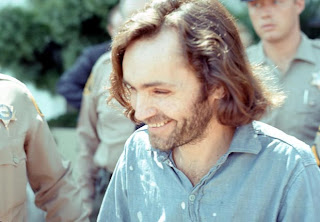