Bruce speaks about a change of plans 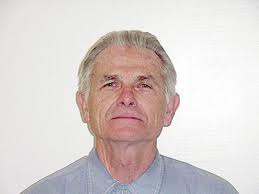 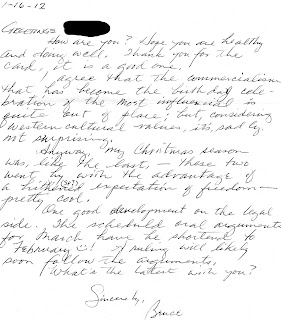 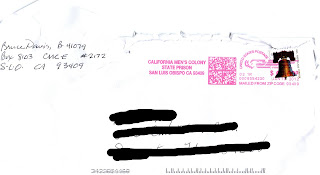 Thanks to a friend for the above letter from Bruce. It seems his process will begin in February instead of the March 15, 2012 date.

The reason he may be going free

Bruce Davis was present when Shorty Shea (Stuntman) was murdered at Spahn Ranch. His remains were later found buried near the ranch.

Michael Beckman (Attorney for Davis) "Davis acknowledged for the first time that he shared responsibility for the crimes, even though he didn't kill anyone himself. "He said, 'I was as responsible as everyone there." "Davis told the parole panel he had refused an order by Manson to chop off Shea's head but admitted slashing Shea on the shoulder. "Davis told the parole commissioners he now knows that his presence encouraged others to participate."

From previous testimony in Charles Manson's trial, nobody refused an order by Charles Manson. It is unlikely that Davis would have refused Manson anything.

Michael Beckman (Attorney for Davis) "Davis explained how he joined Manson's cult in a search for acceptance after a difficult youth. During his years in prison Davis has earned a masters degree and a doctorate in philosophy of religion. He hopes to live with his wife and daughter in Grover Beach near San Luis Obispo, where he has the possibility of a landscaping job and wants to work with a church."

Since 1972 when he was convicted, Bruce Davis has attempted to minimize his participation in the murders of Shorty Shea and Gary Hinman. While in prison Bruce Davis "found religion," married and fathered a daughter (now grown).

Now it seems he's "playing the game" by admitting his part in the crimes so that he can gain parole. It worked. He was recommended for parole. However, there are more steps to be taken that will likely take months before he can possibly breathe the free air.

Sandi Gibbons (Los Angeles County District Attorney's Office) "The decision by a two-person parole panel in the case of Bruce Davis, 67, still needs to be reviewed and approved by Gov. Arnold Schwarzenegger. We have not made a decision as to how we're going to proceed. We do have the option of asking the governor not to grant the parole."

Schwarzenegger's office "will base its decision on public safety and other considerations."