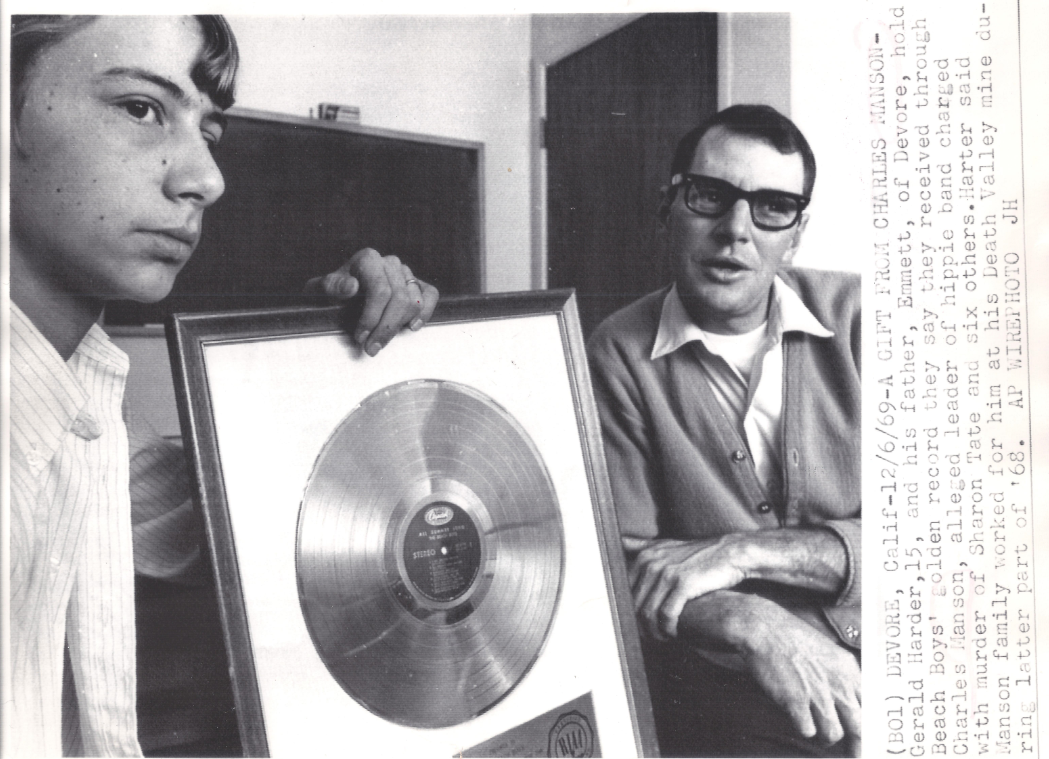 The caption reads:  Devore, Calif. - 12/6/69 - A GIFT FROM CHARLES MANSON - Gerald Harder, 15, and his father, Emmett, of Devore, hold Beach Boys' golden record they say they received through Charles Manson, alleged leader of hippie band charged with the murder of Sharon Tate and six others.  Harder said Manson family worked for him at his Death Valley mine during the latter part of '68.  AP Wirephoto

The title of this gold record is "All Summer Long" and is not the same gold record that was given to Mrs. Arlene Barker.  According to Bugliosi, 1994, page 180, her record was "The Beach Boys Today".