CHARLES MANSON TRIED TO BREAK OUT OF PRISON USING A HOT-AIR BALLOON, GOT IN TROUBLE MORE THAN 100 TIMES BEHIND BARS 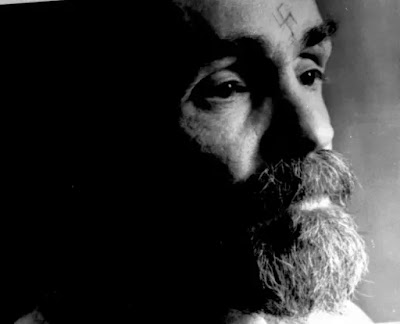 More than four decades behind bars did not curb Charles Manson's violence or bizarre behavior: He got in trouble more than 100 times for assaults, making threats and even trying to start a fire and flood the prison.

The cult leader and convicted killer, who ordered his followers to murder seven people in 1969, died Monday of natural causes. He was 83.

Manson remained a menace to all around him even after going to prison. While serving his life sentence, Manson attacked prison staff, got drugs and phones into his cell and even tried to escape using a hot-air balloon, according to the Los Angeles Times.

Manson's supposed plan to escape was foiled in 1982, when he was housed in a prison medical facility in Vacaville, California, southwest of Sacramento. Guards found a catalog for ordering hot-air balloons and nylon rope.


"Suffice it to say that he cannot be described as a model prisoner," Terry Thornton, a spokeswoman for the California Department of Corrections and Rehabilitation, told the Los Angeles Times.

Over the years, Manson tried smuggling in several weapons, including hacksaw blades. The same year of his failed escape, guards found one of the blades in his cell, along with marijuana and LSD.

He continued to either bust free or at least cause chaos on several occasions, such as when he attempted to start a flood in one prison, and when he set his mattress on fire.

He also successfully snuck three cell phones into his cell and was able to make calls and send text messages to people in Florida, New Jersey and California.

Manson got in trouble with guards on numerous occasions, usually leaving the worst of his verbal abuse for female guards. Among the citations were spitting in one guard's face and throwing hot coffee on another.

Prison officials said Monday that Manson died of natural causes. Several members of his cult, known as the Family, are still behind bars for their roles in the killing of actress Sharon Tate and six others.

The group wrote messages in their victim's blood after the murders, including "Helter Skelter," referencing the Beatles song that became synonymous with the cult thereafter.