Heat Waves: Reflections on The Desert, Part I

Patty was reminiscing the other day with Matt about our Eviliz Tour 2012. He did some awesome posts on it, which you can browse to review in the late April and Early May entries to Eviliz.com on the right sidebar. Anyway, Matt's posts were, as Patty was saying, awesome. But there are some scenes that he left out that Patty wants to share with you now. Behold "Heat Waves: Reflections on the Desert:" Eviliz Tour 2012 outtakes. Ahhhh. Patty wishes that you had been there. 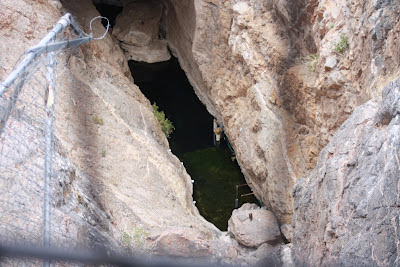 Above: behold, La Vagine. Aka, Devil's Hole. Do you think that's a coincidence? That the devil's hole looks like a Georgia O'Keefe painting? G'ah. 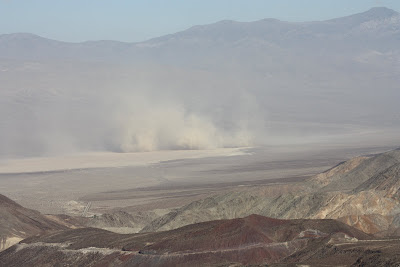 Above: that crazy Haboob that Patty had as her icon for a while. This photo was taken of Death Valley, proper, from Crowley Point. Patty was not familiar with the term "haboob" until Grump told her wht it was: a thick, nasty desert storm! The eviliz tour drove right through this on our way to Olancha. 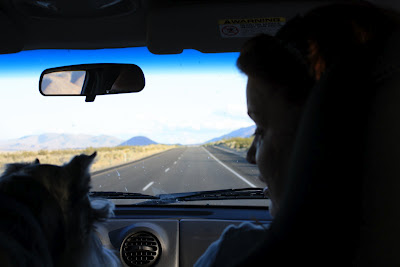 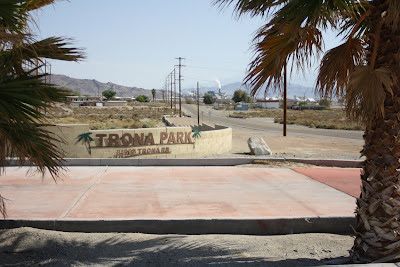 Above: the nicest view of Trona, CA that exists. It's awful, but it's home. 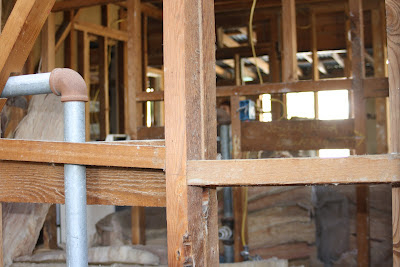 Above: What is left of TJ and Ansom's house. RIP, Wallemans. See you in Fernley sometime. 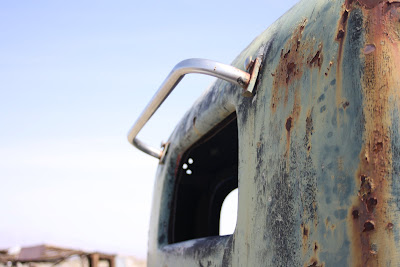 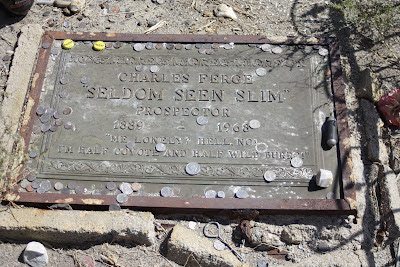 Above: Props to Seldom Seen Slim. He saw 'em come and he saw 'em go. And he's still there watching over the citizens of Ballarat from his view to the southeast. 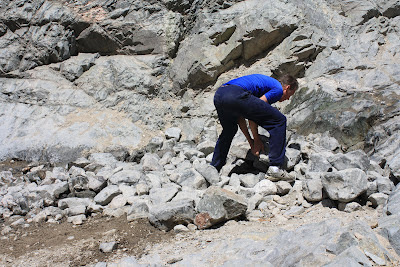 Above: Matt, stacking rocks at the waterfall in Goler Wash. Paul Dostie tells us the road has been re-graded recently so Matt will not have to do this again any time soon. Not that he would mind, he's the freaking Energizer Bunny. On wheat grass. 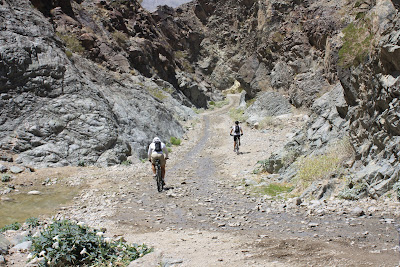 Above: the last thing I thought I'd ever see in The Goler Wash: a couple of HARDCORE bicyclists. It was HOT out there, these guys were amazing. As always, click on any of the above to get a closer look, But, wait! There's more!