Farf's Willett documents reminded me of a question someone asked me.
Q~ Does anyone know where I might access transcripts of the trials?

The Parker Resort in Guerneville

When the Pattys were in Guerneville recently investigating the death of James Willett, they tried to determine which of the many local resorts it was in which the group had been living. Mystery solved: on the police report that FARFLUNG just provided, Priscilla Cooper states that some photos introduced into evidence were taken "at the Parker Resort."

Parker's Resort is family owned and operated, and has been for decades. They are dog friendly and offer camping and RVing (cabins like those pictured below are no longer rented to the public). They generally have good reviews on yelp. 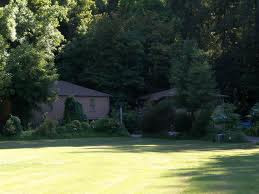 The Pattys nearly stayed there, but ended up several miles away instead. The entrance on Neeley Road is barely marked as you can see. In fact, The Pattys almost missed it entirely. 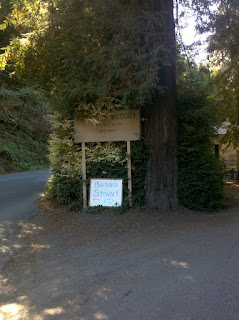 Here also is a great view from Neeley road just a few hundred yards west of Parker's Resort of the thriving metropolis of downtown Guerneville, CA: 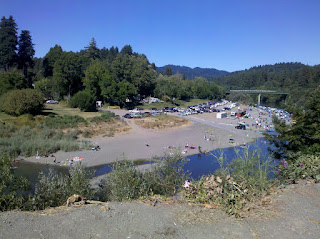 You can read Eviliz.com reader Cece's firsthand account of life at Parker's with the Willetts here:http://www.eviliz.com/2011/11/this-is-for-heidi-willett_02.html