A Documentary That Keeps on Giving

The New Beverly Cinema in Los Angeles decided to program MANSON the award winning documentary by Robert Hendrickson on August 9, 2016, the Anniversary of these terrible murders that we all desperately study for answers. While seemingly an obvious idea, this was the first time anyone had done this and it was quite the event. The Col and his supermodel wife decided to attend and support Robert and his amazing wife Tobyann, having not seen their lovely faces in all that time. Max Frost, that astounding scholar of Mansonalia, also joined in the evening's events.

The Theatre owner, superstar director Quentin Tarantino had done the programming and it was kind of ingenious. Thanks to the, ahem, foibles of Robert, this film is almost never revived and is only available on homemade DVDS direct from the Hendrickson Estate. It was Tarantino's idea to book on that date. He intended to double feature it with a piece of shit film known as THE HELTER SKELTER MURDERS (bootlegs always available from Jon Aes-Nihil Enterprises for $24.99) but Robert was smart enough to hold out and say hell to the no. This let to MANSON being shown twice that evening- and selling out BOTH times. The primarily young and hipster audience lined up around the block for both showings and it was joyful to watch them embrace Robert as the talented filmmaker he is.

Tarantino sent a car for the Hendricksons to bring them to LA and we met them at El Coyote, where legend has it the Tate victims had their last meal (unlikely), where Matt and crew met Hendrickson lo these many years ago and where the food is meh and the margaritas too small. Col, Supermodel Wife and Max Frost were so happy to see Tobyann and Robert and it was nice to catch up and exchange war stories from the last few years. Several ideas were bandied about that IF They lead somewhere could be amazing. 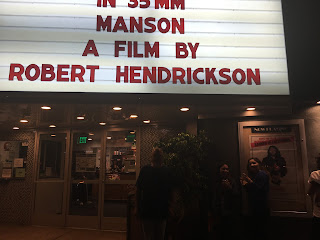 We arrived with 12 minutes left on the film. The Family was singing "Always is Always Forever" and walking down the dirt road at Spahn. Amazing to watch with a sold out crowd riveted at the screen. Even more impressive, since the 35 mm print (Tarantino is obsessed with "film") was faded and pink. Seriously, the DVD Robert sells is 100 times better quality. Then the man of the hour took the stage. 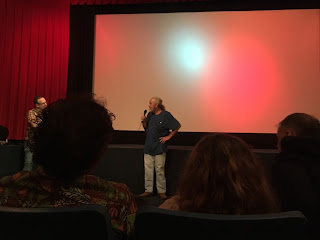 Robert is a great chat in person, a bit scattered on the blog but he was a fucking ROCK STAR in front of the crowd. He did a great job with about 30 minutes of questions. Some of the questions were even interesting. Tarantino asked a very smart question about Manson's culpability for the main 7 murders. Robert talked about Black Muslims and Merrick and there were a LOT more questions that went unaddressed. Leave them wanting more indeed.


Listen  to the Q&A session:

I checked out the audience and it was mostly young hipsters like I said. When we left the 10:30 show was the same type of audience. Quentin and the Col were probably the oldest people there after the Hendricksons. The usual crowd of experts like Adam Parfrey, counter culture groupies like Brian Butler and authors writing books for 17 years like Tom O'Neill were no where to be seen. (To be fair, O'Neill is in the middle of setting up a nationwide chain of Karate schools with Karate Dave using the teachings of Manson and Bruce Lee combined) 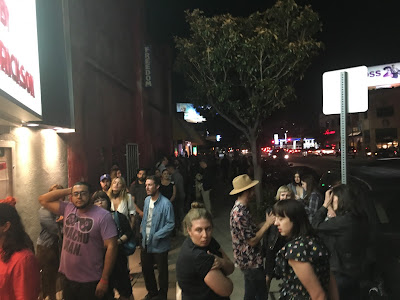 All in all an amazing evening a great event. All Hail ROBERT HENDRICKSON!!1


(apologies to all for the delay in this report, been busy blowing shit up)