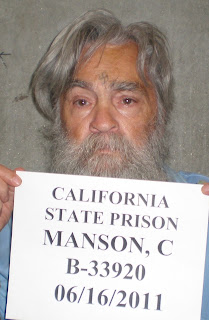 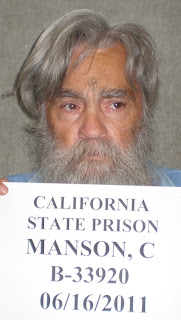 By now all of you have seen the "new" CM photos (that were taken ten months ago) that have been floating around. Courtesy of our friends at cielodrive.com here are the un-cropped, un-sized originals.

Where the hell is Eviliz? 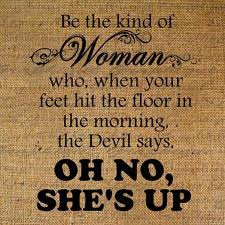 In case anyone has noticed I, Eviliz have been M.I.A for a few weeks now. My daughter and I are on a special overseas mission per the request of President Obama. See picture to the left.

To those of you who have e-mailed me things I have read everything up to today, but am to busy removing shrapnel from my left thigh to post anything. Matt will be handling the e-mails for now and if he and Patty are not to busy with their "real jobs", they will try to do some e-mail posting in their spare time. Do keep those suggestions, hate mail and questions coming. Oh, I hear the tank outside beeping it's horn.

StrangeTours has this video on their YouTube channel.
To see other related videos:
http://www.youtube.com/user/StrangeTours

Charles Manson has not been a model prisoner 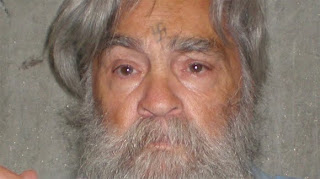 Charles Manson, who will go before the parole board for the 12th time next week, has not been a model prisoner.

Twice in the last few years, guards at Corcoran State Prison found phones in the notorious killer's possession. Manson called people in California, New Jersey and Florida with an LG flip phone found under his prison bunk in March 2009, The Times reported in 2011. A second cellphone was found a year later. Thirty days were added to his sentence for the first offense, officials said.
Earlier, a homemade weapon was found in his possession.

A parole board will consider whether Manson should be released from prison on  Wednesday, though the chances of that happening are pretty slim. The board has rejected parole for Manson 11 times before.

A prison spokeswoman told the Associated Press on Thursday that Manson has informed local prison officials that he will not be at next week's hearing.

Nonetheless, the Los Angeles County district attorney's office on Thursday said it would vigorously oppose Manson's release. "We consistently [opposed parole] and will continue to do so," spokeswoman Sandi Gibbons said.

In 2007 at his last parole hearing, the board concluded that Manson "continues to pose an unreasonable danger to others and may still bring harm to anyone he would come in contact with."

"He refused to cooperate, so the conclusion they drew from the reports is he still remains a danger to the public," Los Angeles County Deputy Dist. Atty. Patrick Sequeira said at the time. "He was convicted of nine horrible murders. He has expressed no remorse or empathy for any of the victims."

A new photo released by the California prison system shows Manson with long, gray hair and a beard. It was released at the request of CNN.

Manson and other members of his so-called family were convicted of killing actress Sharon Tate and six other people during a bloody rampage in the Los Angeles area during two August nights in 1969. Prosecutors said that Manson and his followers were trying to incite a race war that he believed was prophesied in the Beatles song "Helter Skelter."

Tate, the wife of director Roman Polanski, was 8½ months pregnant when she was killed at the couple's hilltop home in Benedict Canyon on Aug. 9, 1969. Polanski was out of the country working on a film. Besides Tate, four others were stabbed and shot to death, including Jay Sebring, 35; Voytek Frykowski, 32; Abigail Folger, 25, a coffee heiress; and Steven Parent, 18, a friend of Tate's caretaker. The word "Pig" was written on the front door in blood.

The next night, Manson rode along with his cohorts to the Los Feliz home of Leno and Rosemary LaBianca, then left three of them to commit the murders. "Death to pigs" was written on a wall, and "Healter Skelter," which was misspelled, on the refrigerator door.

Manson was also convicted of the earlier murder of musician Gary Hinman in his Topanga Canyon home, and the slaying of former stuntman Donald "Shorty" Shea at the Spahn movie ranch in Chatsworth, where Manson had his commune.

Manson initially was sentenced to death. A 1972 ruling by the California Supreme Court found the state's death penalty law at the time unconstitutional and his death sentence was changed in 1977 to life in prison with the possibility of parole.

Article in the LA Times