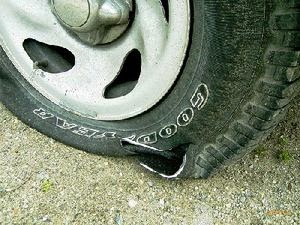 Hi Patty! I am not sure whether this is interesting enough to share with the blog, but here goes. I was in Los Angeles last summer, which is my hometown. I had plans to meet friends at an evening event up at Will Rogers State Park, and I took my mother and my friend's mother, both ladies in their 80s, in my car. The event was an outdoor movie screening on the grass in front of Will Roger's old home. It was great fun, the Will Rogers house was open for us to meander through, and it was free (almost---there was a parking fee).

My friend's mom, whom I will call "Mabel" has lived in Rustic Canyon most of her life. We also drove her home, and at the traffic signal on Sunset I pointed at Brian Wilson's house (actually at his gate, since the house is not visible from Sunset) and here was the conversation we had while we waited for the light to turn green:

The red light turned green, I took my turn, and I heard Mabel blurt out from the back seat:"Charles Manson used to frequent that house with his 'family' of hippies!" At that point I nearly swerved into oncoming traffic. (My interest in Manson Lore is a well-kept secret.) I composed myself, and prepared to hear a good story...

Me: "Mabel, did you ever MEET Charles Manson?"
Mabel: "Nope! I heard all about him being here, though!" (---DARN---)
Me: "What exactly did you hear about Charles Manson in that house?"
Mabel: "What I heard was that the neighborhood teenagers did not like all those hippies coming here, so they used to slash their tires. That's all I heard!"

Mabel wouldn't or couldn't tell me which Rustic Canyon teenagers were the tire slashers (I think she knows who they supposedly were---she knows everything and everyone), or any other details such as why they didn't "like" Charlie and his musical girls visiting Brian Wilson's house. I was not yet a teenager at that time. I have always believed that the Wilson driveway opened up only out on Sunset, so how would the Rustic Canyon local teenagers access the visitors' vehicles or even notice who was visiting? As kids we hiked up and down Rustic Creek (it actually passes under Sunset Blvd through a big pipe at the hairpin bend) and used to pass behind the Wilson house, so I suppose Wilson and his visitors could have been "observed" by the locals prior to the alleged tire vandalism. That's the only little nugget that I got to add to my repertoire of Manson Lore last summer. Not much.

And I'd like to add here that this story could certainly be untrue! This tire slasher story sounds like a Rustic Canyon rumor to me, repeated from neighbor to neighbor after the arrests. I am skeptical. Have you ever read anything about any Manson vehicles having slashed tires while parked at Brian Wilson's house? If you can think of any particular things I should ask her, let me know!