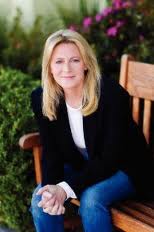 Please post you have for Alisa Statman in the comments section. These questions will be forwarded on to Alisa.

We are grateful to her.

Please. No questions about Debra Tate. To answer any and all Debra questions, she sends this:

...to avoid any more speculation and questions on why Debbie Tate is not involved in this book--and then, honestly, I will have nothing more to add on the subject of Debbie...Debbie is not part of Restless Souls simply because Patti was never close with Debbie, therefore Brie and I were never close with Debbie. In its original format, Restless Souls was Patti's autobiography. At that time, Debbie was not included in Patti's story (nor was she included in either PJ or Doris' roughly done outlines/manuscripts). When it was changed into a family memoir, I decided to keep Patti's voice as a constant throughout--you'll notice we often begin with a memory of Patti's even if the chapter isn't about her--therefore it seemed only logical to continue forward in the original fashion Patti had begun to exclude Debbie.

I hope you all don't mind, but I'm going to take this opportunity to pimp out the Restless Souls Book Trailer HarperCollins amde because it's got some fantastic footage of Sharon with Doris Tate's VO--which for those of you who've read the book, know she means every word of it. Also, I'd like to note that in the Enhanced eBook, there are more recordings, video, and different photos... Here's the link to the trailer. Thanks!