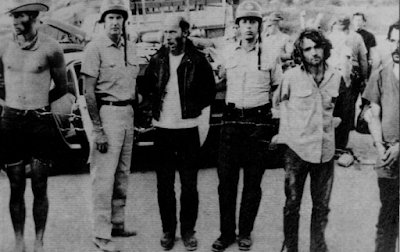 It probably wouldn't surprise you to learn that Robert Rinehard wasn't really Robert Rinehard. Other than the picture of him standing with a sad Charles Manson as both were arrested in the Spahn Ranch Raid of August 16 1969 next to nothing is known about him.

Rinehard was the Straight Satan that was sent to the ranch to fetch Danny DeCarlo and take him back to the Satan's clubhouse.

The blog has been able to obtain Rinehard's rap sheet and it reveals his true name as well as another alias he used. I think the reason Rinehard looked he looked like he did in that picture with Manson is because he knew his goose was cooked. 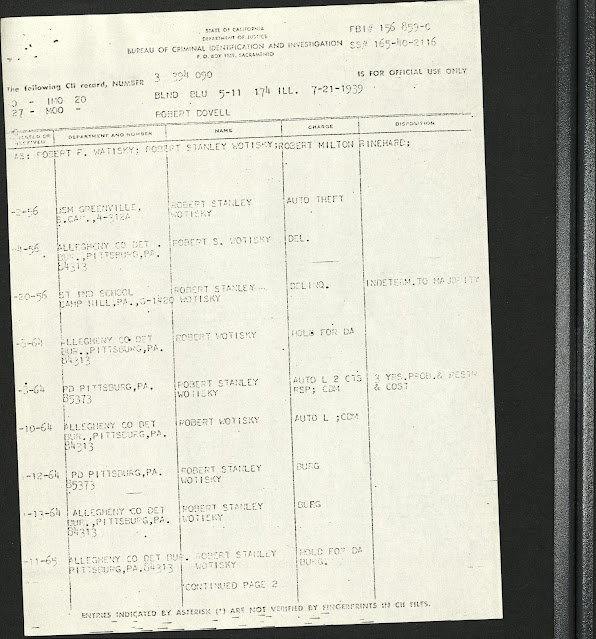 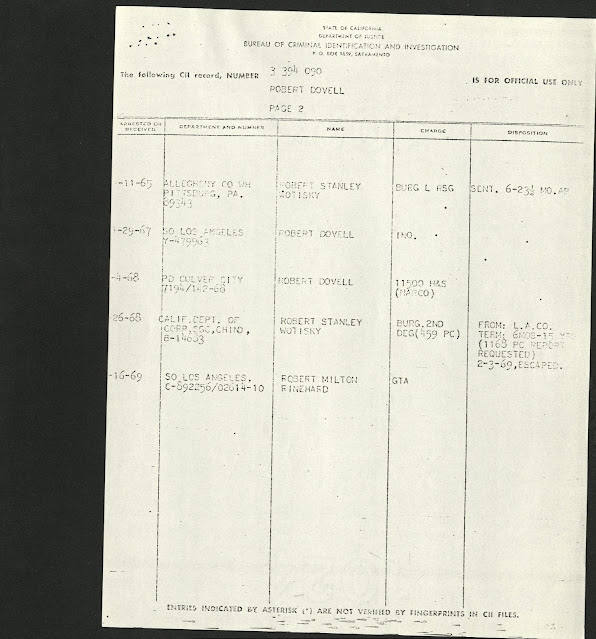 Rinehard was Robert Stanley Wotisky and an escapee from California's Chino State Prison. He had escaped on February 3 1969. He was there on a second-degree burglary charge out of Los Angeles County and given a sentence of 6 months to 15 years.

Robert Wotisky was born in Illinois July 21 1939 but grew up in McKees Rocks, Pennsylvania. He had two older sisters and two older brothers according to the 1940 and 1950 censuses. His parents' names were George and Caroline Wotisky.

Robert's criminal history began in Pennsylvania back in 1956 with an auto theft charge. He had a number of arrests and convictions under the name of Wotisky. A lot of those charges were for burglary. In 1965 he was sentenced 6 months to 23 1/2 months in a Pennsylvania prison. After his release he came to California and started using the name Robert Dovell.

Wotisky aka Dovell came to the attention of California authorities in 1967. He was shot and wounded by a Monrovia police officer while making a hasty retreat from the scene of a robbery. Since his rap sheet shows that this was simply an inquiry and not an arrest. It's possible that law enforcement did not want the burden of his medical bills and let him off any charges. 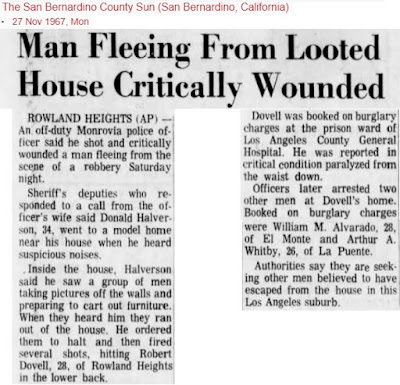 He was arrested once in 1968 under the Dovell name for drugs and once in his Wotisky name for burglary, the charge that landed him in Chino.

Wotisky was married and had two children at the time of the raid. His wife was pregnant with their third child. I'm not sure what happened to him immediately after the Raid but since he had escaped from prison his fingerprints were no doubt in the system. He was likely sent back to prison to serve out the rest of his sentence. His wife had their third child in January 1970 back in Pennsylvania. She had returned to California by 1974.

In 1974 Wotisky was at home with his family, in the early hours of June 24th when an explosion rocked his neighborhood. His next-door-neighbor's home had a natural gas leak and the house exploded. Wotisky and his wife went to the window to see what had happened when a second explosion went off. That explosion injured both of them and Wotisky lost sight in one eye.

Apparently Wotisky could not live with losing his sight and other injuries. A little more than six months after the explosion he committed suicide January 17 1975 in Ventura County by an overdose of barbiturates, according to his death certificate. He was 35 years old. He is buried in Ivy Lawn Cemetery in Ventura California.

His wife, on behalf of the children, filed a wrongful death lawsuit asking for $4 million. 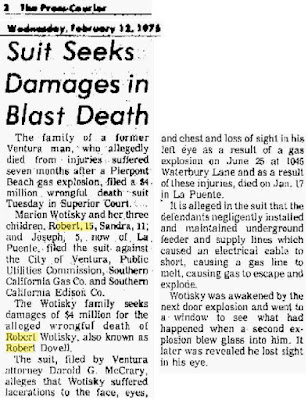 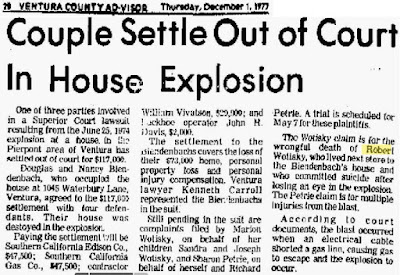