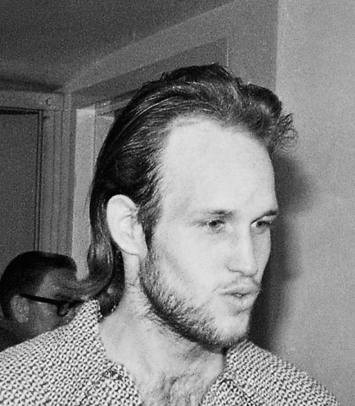 Here is a brief timeline on Steve Grogan, aside from what is commonly known about his involvement with the Manson Family and the murders committed.


Steven Dennis Grogan was born July 13, 1951 in Los Angeles County California.  He is a couple of years younger than Leslie Van Houten who is generally written about as being the youngest Manson Family member convicted of murder.  Grogan got married while in prison on December 1, 1975 to a woman who was five years younger than himself.  While still in prison, thanks to California's conjugal visits policy at that time, Grogan and his wife conceived two boys.  The first child was born in 1976 while the second was born in 1984.

Grogan's stage name compromises both of his son's first names.  I believe that Steven Grogan is still his legal name as I have found through public records searches that he owns property in his birth name with his second wife.  Neither of Grogan's sons live in California at this time and neither of them use the last name of Grogan.

I am not certain when Grogan and his first wife divorced nor when he and his second wife married.  I do know that Grogan's second wife is a psychologist working in Sacramento County, she has a PhD but is not a psychiatrist.
There are a couple of articles that address his parole, one states exactly when it occurred though a few months after the fact.  He was involved in child care while in prison.  Where's the "shuttering" smiley  when you need one? 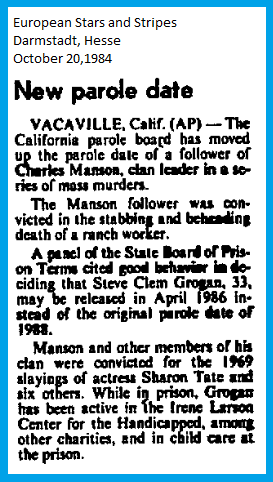 Additionally, there is an LA Times article that affirms Sun King's comment that Grogan was a house painter in the San Fernando Valley after his release from prison.
http://articles.latimes.com/1986-05-09/news/mn-4026_1_manson-family