My Interface With The Manson Family, by Sue Marshall: Part 3 of 3 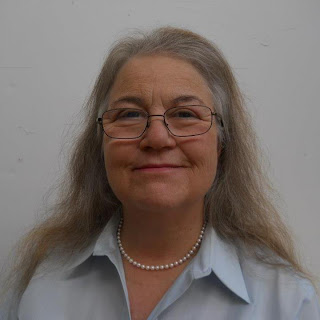 A few months later, in March 1970, writer Ed Sanders arrived from New York.  He had obtained the consent of Freep editor Art Kunkin to represent the paper in covering the trials of Manson and his followers.

This was a delightful two-fer for me.  First, I was freed from the duty of covering the trial, thereby allowing me to pursue news that was more in keeping with my interests.  Second, Ed turned out to be a delightful colleague, always very professional and pleasant. Later, he would be the sole reporter of Mansonite lore who would actually imbed himself in the Family in order to get an accurate story, from their point of view rather than the perspective of law enforcement.

The trial started in late 1970 and continued into 1971.  At some point in the proceedings, perhaps when Manson was forbidden to act as his own attorney, he shaved his head and carved an "X" in his forehead.

One day as I tromped up to the Hall of Justice to cover the L.A. Black Panther trial, I encountered Squeaky, Sandy, and other Mansonite girls. They were squatting on the sidewalk in front of the courthouse, as was their custom. They had also shaved their heads and carved X's into their foreheads.  They spoke to me, but all they could say was some nonsensical prattle that they had learned from their cult leader.  Looking back, I am sure that they were hungry and cold and in acute emotional distress. I did not stop to converse with them.  Their scene was just too horrifying.

One day in early 1971 I accomplished a journalistic coup:  an interview with Elmer (Geronimo) Pratt, Minister of Defense for the L.A. Black Panther Party[7]. He was being held in the jail in the upper floors of the old Hall of Justice downtown during his own trial.

Through the services of a leftist lawyer connected with the case, I was able to interview Pratt in the Hall of Justice attorneys' room.  The rules allowed only one person to be with the inmate at a time, so the lawyer departed.  I stood at the north end of the long room, with its well-buffed linoleum floor and GSA steel desks, waiting for the county sheriff's deputies to bring Pratt.

To my surprise, at the south end of the room, the sheriffim opened the door and escorted in none other than Charles Manson.  He was shackled.  He stood there for several minutes, staring at me.

Few events in my life have been so astonishing. I stared back at Manson, hoping that he would not mistake my fascination for the devotion he got from his hapless followers.  I stared at him in the same sense that one stares at a biological oddity, a hideous monster fish from the darkest depths, now on public display in some aquarium.  He was short, scruffy, ugly.  I hope my glance conveyed my scorn and contempt.

Had I formed an opinion in 1971 as to the culpability of Manson and his followers in all those murders?  Perhaps not.  But the creepy subservience of the Manson Family girls with whom I was acquainted was enough to convince me that the man was evil incarnate.

By the time of the trials, it was clear that despite the excesses of law enforcement during that era, the cops had correctly identified the murderers of Hinman, Shea, the Tate household, and the LaBiancas.

So I will turn to the question that has vexed every student of the Manson Family:  how the hell did he get all those girls to subjugate themselves to his psychopathic bullshit?  How did he get them to commit murder for him?

With a modern perspective on what makes people tick, I favor the concept used by psychologists that there is something called "executive function", the biochemical basis for good old-fashioned common sense,

The female followers of Manson and his male counterparts would seem to have a gaping deficit in the executive function department.  In general, I  believe that bad taste in boyfriends is the primary cause of women being in jail.  While there is no doubt that some of his followers were psychopaths just like Manson[8], not all of them could have been.  Certainly overdosing on the drugs available then (and now) can make people crazy.  And crazy people can be susceptible to suggestion.

Finally, there is the almost-forgotten zeitgeist of the era before contraception was widely available – the era into which the Manson followers were born. The parents of the Manson followers could not limit the number of children they had.  This led to the phenomenon of 1960s-era "throwaway children." Dads returned from WWII or the Korean War and took up the Playboy Philosophy, leaving the Moms with too-large families to support. Some kids were rejected; others simply got neglected. Some of the Mansonites may have emerged from that type of situation.  In 21st Century America, few of us still recall those times.

Maybe it all comes down to the presence of evil in the world.  Maybe – assuming that one has common sense equal to one of Ruby Pearl's chickens – the moral person must be vigilant against getting sucked into evil. Is that not a lesson from Nazi Germany, when ordinary people became evil, one small step at a time?

[7] Pratt served 27 years in prison for a murder he apparently did not commit. His conviction was vacated in 1997 after it was revealed that the chief witness against him was an FBI mole placed through the COINTELPRO offensive.