Dylan Klebold took Creative Writing class at Columbine High, a class he shared with Eric Harris. On April 20, 1999, Eric and Dylan skipped their 4th period Creative Writing class. Their teacher, Judith Kelly, noted in her report to police after the shootings (posted below) that Eric had never missed her class before that time.

One of his essays, The Mind and Motives of Charles Manson, drew a lot of media attention due to its subject matter. You can find copies of the pages below, excerpted from the Columbine Report. His teacher graded it and handed it back. But then he wrote another essay - just a few weeks before the shootings - that was rather disturbing to Ms Kelly. It was a fictional piece where in a lone gunman goes on a killing spree. The subject matter and foul language used unnerved his teacher so much that she refused to grade it before she could sit down and talk with him and his parents about it. During the conference, when the story was addressed, Dylan excused it as being "just a story". 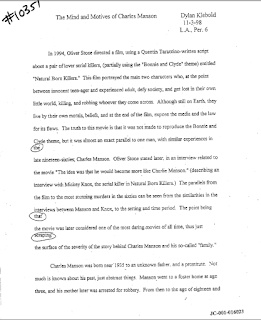 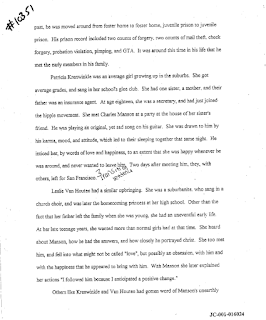 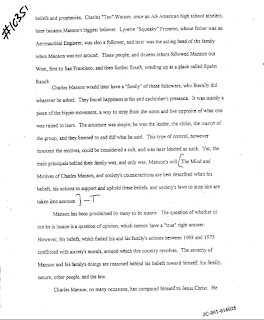 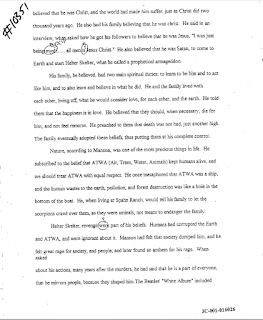 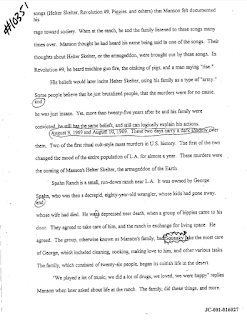 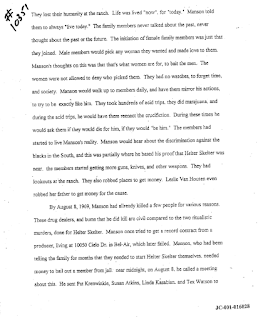 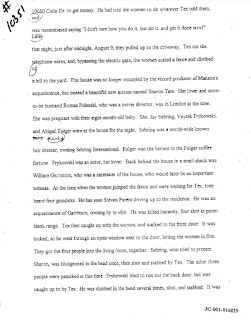 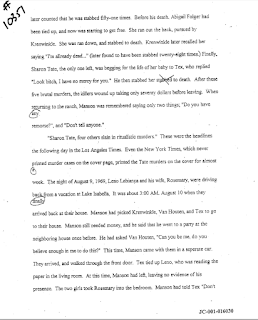 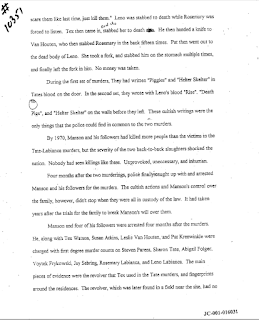 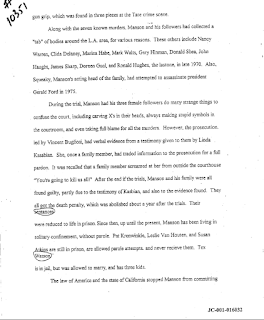 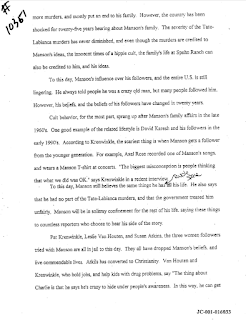 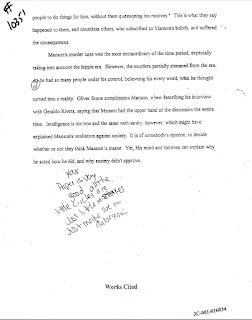