I ran across an interesting item about Susan Atkins in a book on auto racing, of all places.  The book is Racing's Real McCoy written by Jack McCoy.  The book is partly autobiographical and a lot of racing history.  Any race enthusiast would enjoy this book with its over 900 photos and many statistics.

Dick Carter comes into play rather oddly, relative to this book.  The book I have was autographed by the author Jack McCoy but under that autograph is a bit of narrative written by Carter, for what purpose, I am unsure.  This stuff is written on the inside of the front cover. 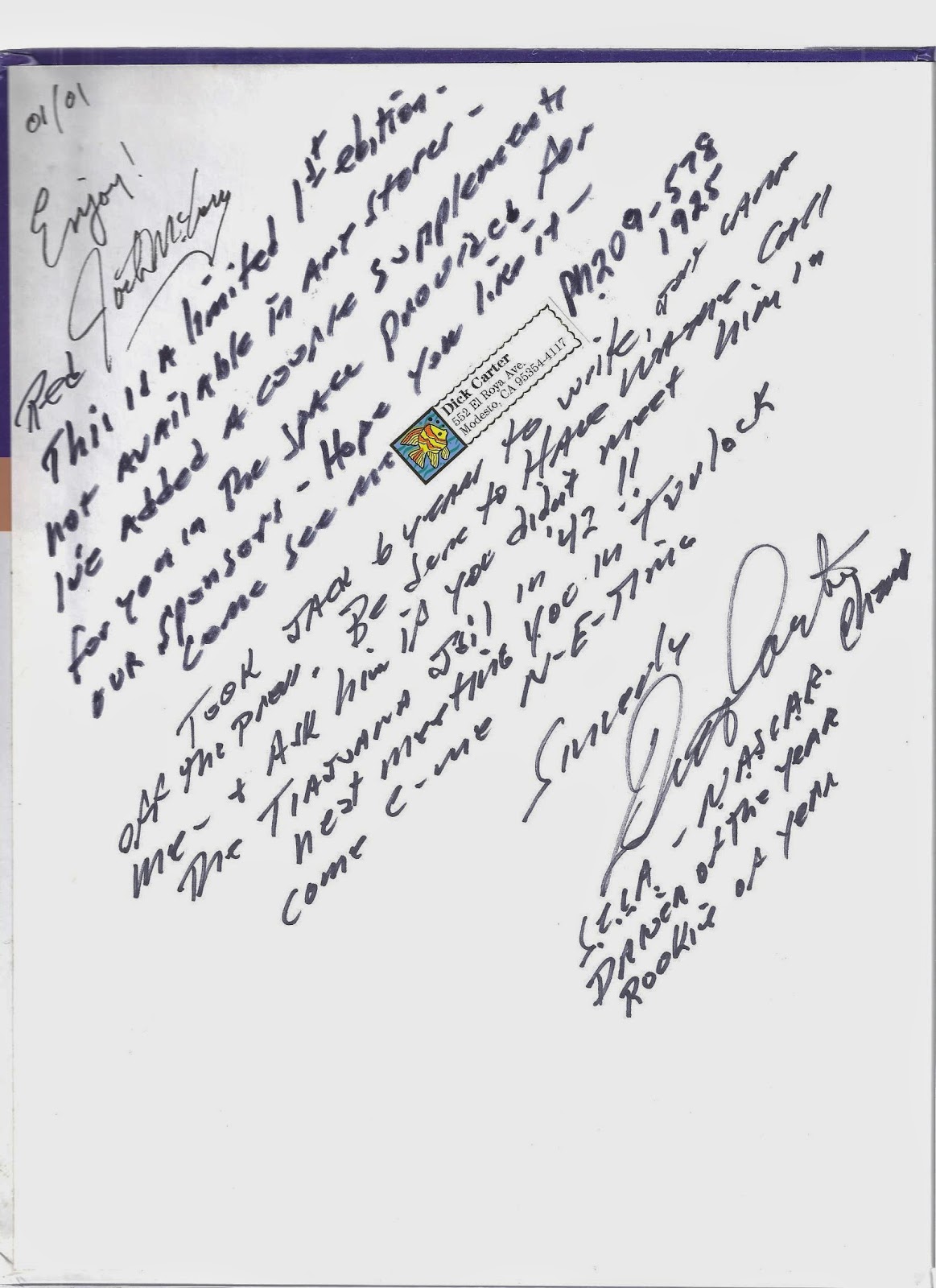 On the inside of the first end page Carter has attached a four page story about himself.  Dick Carter aside from being a NASCAR driver and many other things also owned the Altamont Speedway at the time of the infamous Rolling Stone concert on December 6, 1969.

Carter claims in the third paragraph of his story that Susan Atkins worked for him at a business in San Francisco.  He does say that Susan's alias became "Sadie Mae Hawkins"  but I think he might have confused Sadie Hawkins Day with Sadie Mae Glutz.  Carter also says that "Abby" Folger was his cousin!  I did the best I could in trying to track down whether or not that was true but all I could really determine was that there were Carter's and Folger's that were related but if Dick Carter and Peter Folger were related it went back a few generations.  Both Carter and Folger are from the East Bay in the San Francisco area.

I'm posting all of Dick Carter's story, though most of it does not pertain to the Family.  It kind of gives you a feel for the guy.  The two middle pages of the story were cut off, I think by just one line, and there is not much I can do about that.  That's the way it was when I received it. 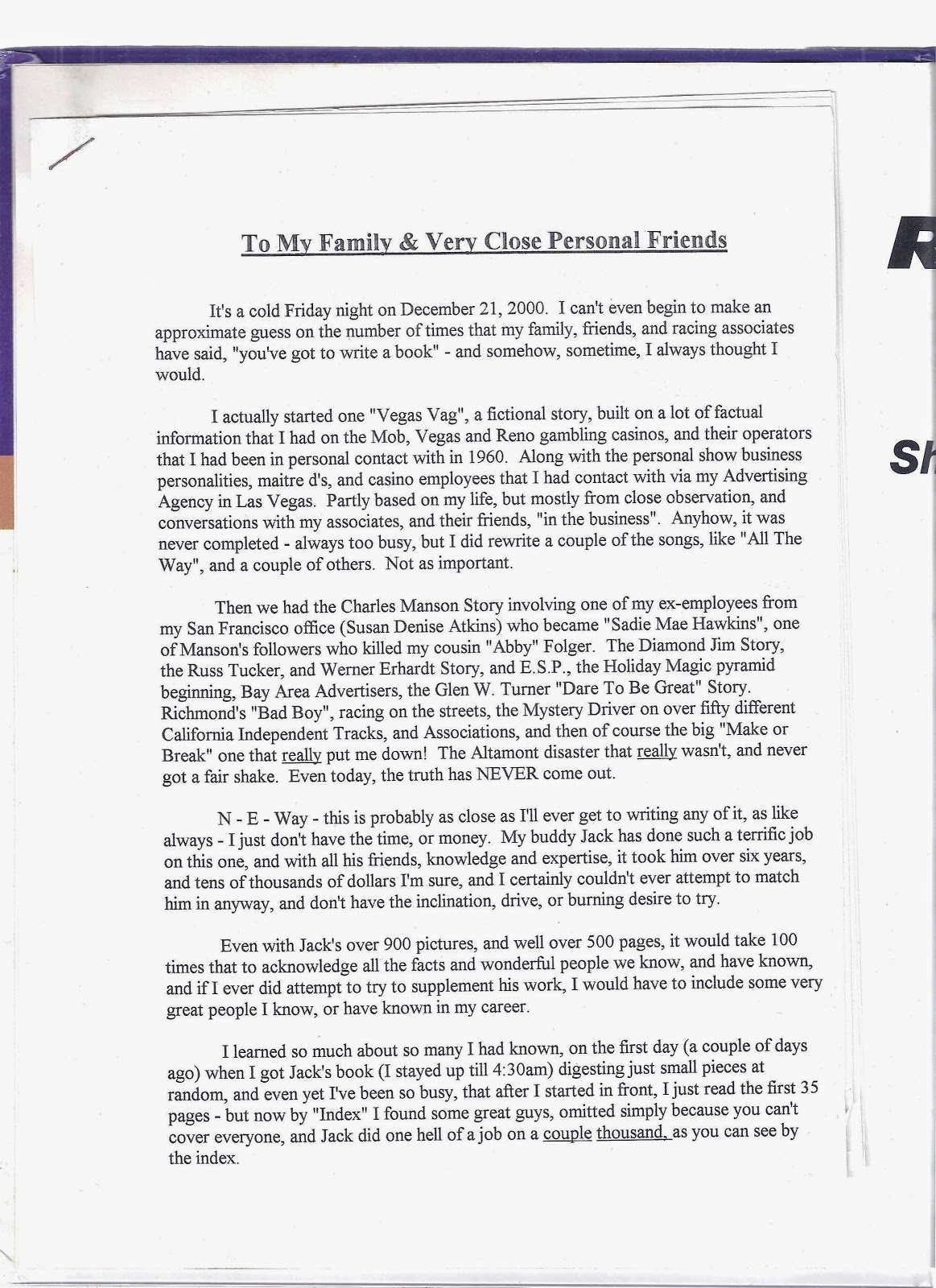 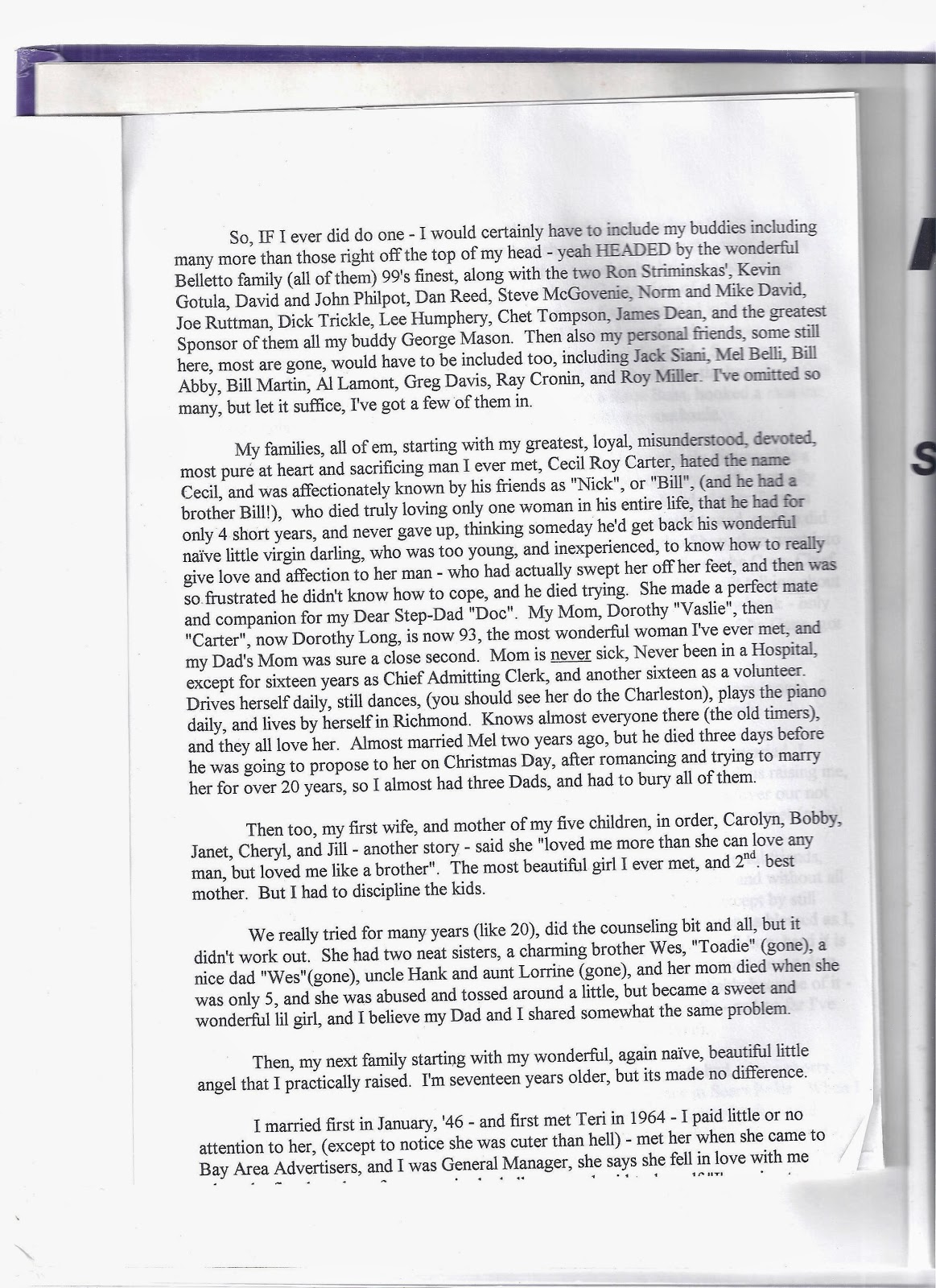 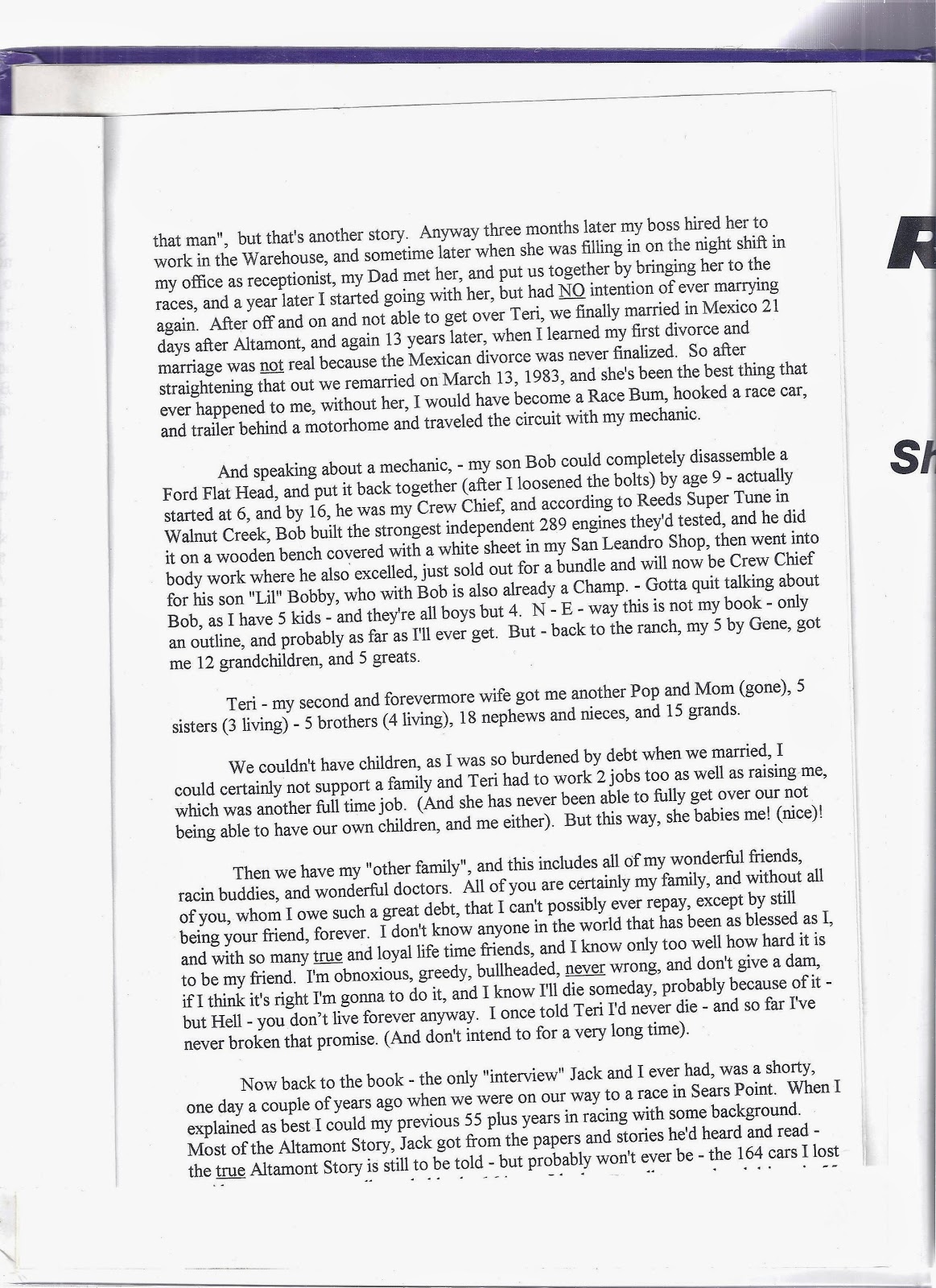 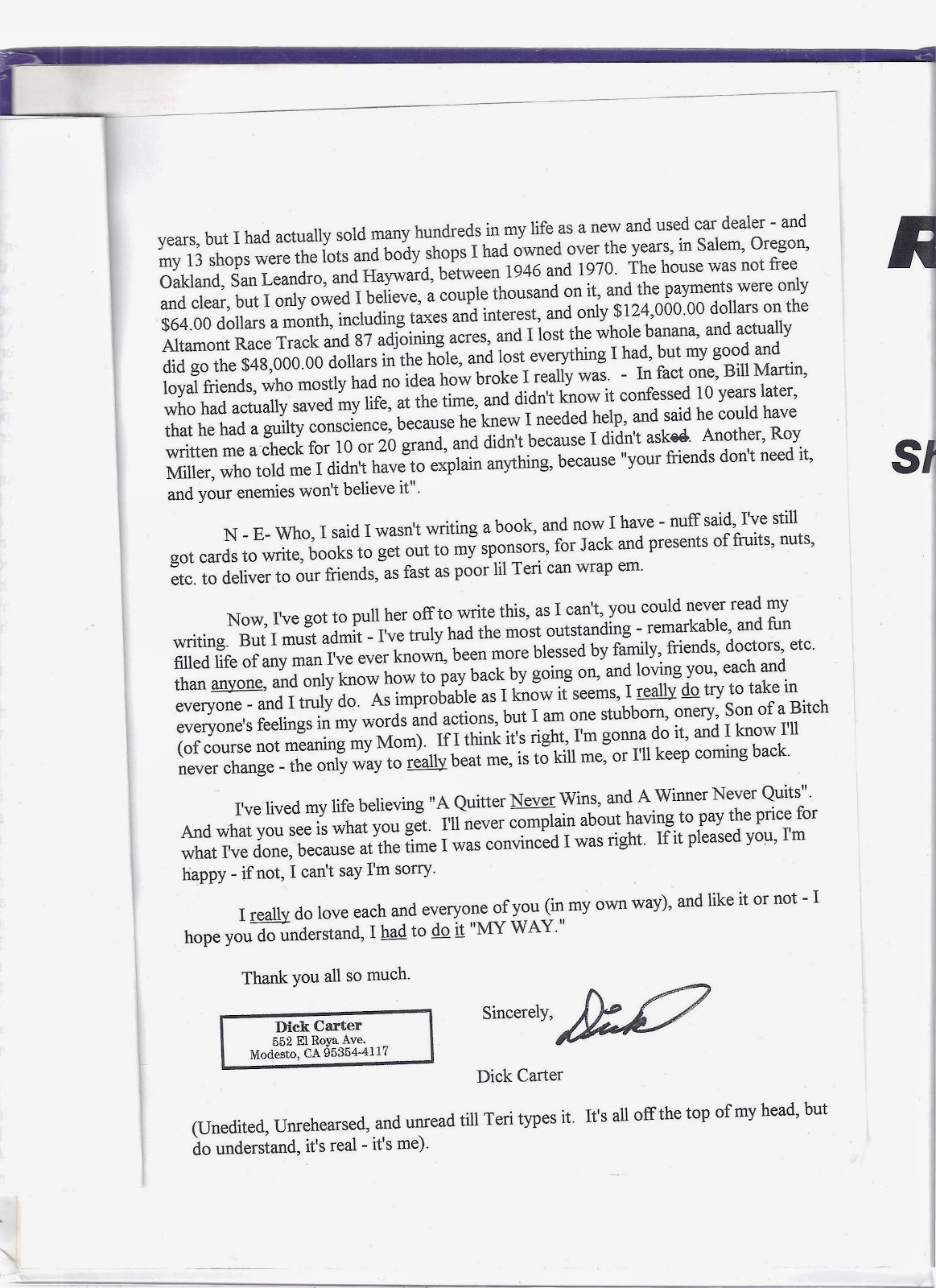