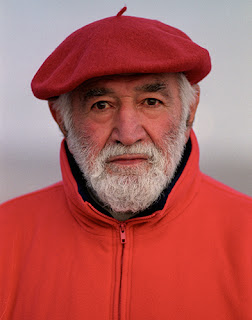 Shahrokh Hatami has covered a broad range of high profile subjects as a photographer for nearly half a century, from celebrities, film and fashion to politics, war, and social change.

Hatami – known primarily by this single professional byline – started as a writer for a major newspaper in Tehran, switching to photography in 1950. He then worked briefly as the Tehran correspondent for the Black Star Agency. Life magazine published his coverage of the overthrow of democratically elected PM Mohammed Mossadegh and the restoration to power of the Shah in 1953. Twenty-five years later, Hatami shot dramatic images of street fighting during the Iranian Revolution of 1978-79, which overthrew the Shah. His daring coverage of this popular revolution has been acquired by the Library of Congress, an honored privilege for any photographer.

Beginning in the late 1950s, Hatami was a freelancer in Europe and the Middle East, with many of his pictures appearing in Paris-Match and other leading magazines. Eventually he won the confidence of the notoriously inaccessible Grande Dame of couture, Coco Chanel, and as a close personal friend, produced many unique behind-the-scenes images. Hatami also captured classic fashion magazine covers and celebrity portraits, including intimate shots of Elizabeth Taylor, Ursula Andress, Julie Christie, Sophia Loren, Ingrid Bergman, Marlon Brando, Steve McQueen, and innumerable other American and European personalities.

It was on the set of Rosemary’s Baby that Hatami became close with Mia Farrow. Hatami directed and produced a documentary called Mia and Roman, which can be viewed as an added feature on the DVD version of the now-classic horror film, Rosemary’s Baby. Hatami also knew Sharon Tate intimately and affectionately prior to her becoming Mrs. Polanski. Hatami’s odyssey concerning Sharon Tate’s murder is well documented online.

Fueled by sheer will and perseverance, not to mention a very seductive charm, Hatami was able to capture previously impenetrable worlds with his lens. This carried over into the world stage. His presence during the Israel/Egypt peace talks in 1977-1978, his shots of Egyptian President Anwar Al Sadat and Israeli Prime Minister Menachem Begin, his legendary plane trip with the Ayatollah Khomeini upon his return to Iran in February 1979. Hatami’s colorful life has taken him across Africa and the Middle East, to penthouses and parties in Paris, London, New York and Hollywood. This is testament to an artist whose photo archive covers the last half of the 20th century and is now focusing in earnest on the new millennium.

Besides working in the political, film and fashion arenas, Hatami is highly regarded for his early and extremely rare color photos of the Beatles at the legendary Cavern Club in 1963. Sent to Liverpool by Paris Match magazine to cover the Beatlemania phenomenon, he managed to gain access backstage and captured these amazing images of the Fab Four, with three of the most significant guitars in rock history: John and his six-string Rickenbacker that he painted black, Paul with his legendary Hofner bass, and George with his Gretsch Country Gentleman.