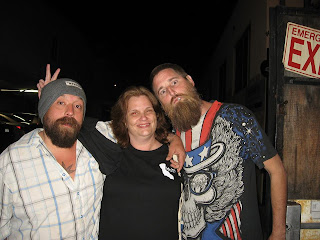 Friend of the blog Stoner van Houten (pictured above, left) was injured in the Fourth of July fireworks accident in Simi Valley (see video here). Get well, soon, Stoner!

With Love, from the Eviliz Crew 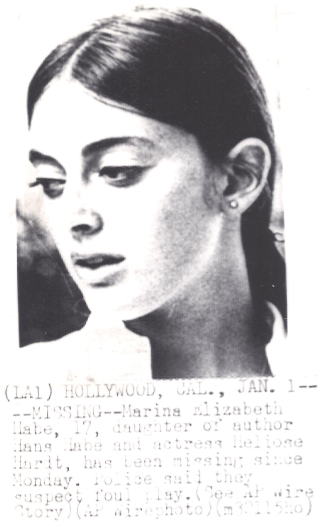 This article, written in 1988 was recently brought to our attention by one of our readers who goes by the name of Goomba.  It was written by Michael Bendrix whose father married Marina Habe's mother about three years after Marina's murder.  It is an interesting read as it touches on Maury Terry's "Ultimate Evil", on Terry himself, on the murder of Roy Radin and on the murder of Marina, the author's stepmother's only child.

"Marina Habe’s body was found on New Year’s Day, 1969, by a dog. The body had been tossed to the bottom of a ravine off Mulholland Drive, and when police arrived, the dog’s owner said he wanted to be sure his name got in the paper.

Every detail of Marina’s murder and the time on either side of it left some sliver of absurdity. She was 17, coming home alone late at night from a date, got to her driveway and then, as her mother watched from a window—awakened by the sound of a racing engine and not knowing whether the man standing beside her daughter’s car was friend or foe—disappeared into another car. The coroner said she was held for a day, fed, raped, and stabbed."