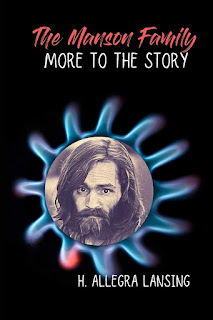 November 7th, 2021
Sunday
This post accompanies a discussion I'm co-hosting live tonight at The Paulcast starting at 730 pm CST.
My topic is: Unique Perspectives, Research Methodologies, and Cognitive Dissonance in the Manson Study.
A reception with refreshments and a Make-Your-Own-Waffle bar will immediately follow our presentation. I believe the breakfast is located their green room but I'm not positive. You will definitely need your lanyard to get in. I have a small guest list and can possibly rush you past the doormen if you arrive late but keep in mind that hillbillies have lots of hungry cousins.
-------------
Previously on Manson High...
"The Lunchroom In High Dudgeon!"
The T-Birds (never Danny) and Stockard Channing placed a girl new on campus upon the dunce stool and forced the triangle hat upon her head while everyone pointed and cackled over her assuming she was the first Manson researcher to unearth the real name of Bill Vance. Oh, the arrogance.
Carrie without the blood for real. I called an actual Methuselah for his thoughts and he said, "The noive of that woman!"
I'd be duplicitous if I didn't cop to writing this not informative article about Bill Vance. Never doubt that my cultural and literary criticism and commentary originates at the contact point of my own thin skin. Same for everyone really no matter what they say. I'm just foolish enough to admit it.
A smile crosses my dopey face every time I think about giant shoelace nets tbh. Seriously, in my case at least, when I don't know some fact or get it wrong, just tell me, I'll own it and we can move on. Not that my research will ever get close to Sanders or Lansing levels. Dumb cannot be fixed.
Anytime I think of the word dopey I remember the scene in Statman where Rosie looks up from packing a box wearing a dopey grin. Unsure why. Read her book if you're new and haven't already. Never ignore unique perspectives in this thing. Word to the wise.
+ggh
-------------
OKAY THE REVIEW
Last week, I grabbed the Kindle of Lansing's book to see what all the hubbub was about.
510 pages
1.36 pennies per page
After riding in as the worst imaginable white knight a gal could ever dream of, I gotta do the Abraxas thing and say this book probably isn't for any of us unless you're looking to blow away the cobwebs and update yourself on what the normies think. Lansing wrote The Manson Family More To The Story for civilians. Which is actually one of the reasons I do not understand why she has to be Sissy Spacek but whatever.
I'm sure you've heard of the True Crime genre. A lot of people publish there. None of them will ever know what you know about Manson but they will continue to pass through Sneakyville until we die.
True Crime and Romance (but mostly Romance) are the main genres keeping the book stores open anymore. Naturally, I use Amazon and etc (websites) because of my multitude of fears like germs and talking in public and then also more generalized inconveniences such as driving to places where mask wars are fought daily.
That was thoughtless. Please accept my apologies if you are a struggling brick and mortar book shop owner during these dark times. It's me not you but I always try to make things seem otherwise. Constantly trying to make everyone laugh is a failing. They say it comes from growing up in a tumultuous home. Hook me up with your website and I shall become a customer.
Anyway. Lansing caught me up on the last half century of mainstream Manson for the price of a small latte with an extra espresso shot in a flyover city like my own. What a grifter. I was devastated. But then I remembered that in just about every profession, law, medicine, the police, the military, Washington, academia, insurance, basically everything where people earn nice livings and deeply stack their 401ks, everyone writes up their research exactly like Lansing does in her book because it words. Tried and true.
All those examples and many others employ a practice (which ranges from completely foreign to mocked in this unbalanced noir drama) commonly referred to in the daytime world as research methodology.
Increasingly, such tasks farmed-out to mole people Curt Gentry losers like me who can usually be found eating day old donuts for dinner at desks in dark, mildewy rooms while getting paid much less by the farmer-outters than they pay themselves. No medical, vision, or dental ever also but hey working that way somehow provides special freedoms politicians always promise in tv commercials while I'm watching wrestling.
The farmer-outters will tell you it's not their fault I got the wrong framed pieces of paper and they are correct. Same for the politicians.
No clue how we ended up there. Overshare thy name is Green. The point is we'd do better with some standard of intuitive research methodology. More science basically. Explain why you think what you think and show how you got there.
Let's get back to one of the writers doing what I just described. Lansing's book is an easy read. All the players are in the front of the book with their relevant info, and she moves on from there. Have I seen that list online before? Of course. Did it make me angry? Nope. Including it was a good idea.
Reading Lansing was more like reading a magazine piece. Do you get angry at magazines? All those pages that won't turn themselves. Don't even get me started on the cologned rectangles sticking out everywhere. The beautiful faces and haunted eyes. Just a total horror show.
Candice feels you. Quick swerve but how cringe was the scene where crazy Tex rolled up with two girls and Candice gave them the cold shoulder? That memory would haunt me in my cell at night while I stared at the ceiling. Her dad was a ventriloquist. 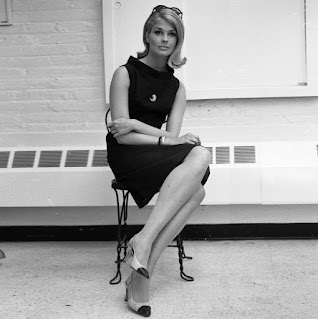 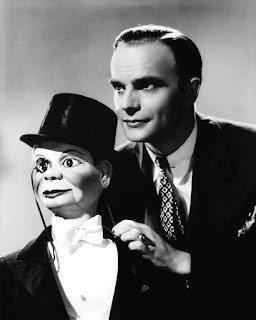 I know you knew that already about Edgar but there was zero chance we were name-dropping Candice and not Charlie. Those dudes are waiting to slide out from beneath your bed tonight and watch you sleep btw. Pleasant dreams.
Conceivably, a new person to all of this could read HS, then Lansing, and be caught up to the point where they'd be ready for Stimson and Schreck and the few others on that level without reading the ten books in the middle if they chose. The better idea is reading them all of course.
Everyone always says each Manson book has one fact that is found nowhere else. Lansing collected those single facts and put them into an understandable report for her readers. The author has a nice sense of humor and it comes through in her writing. She shows concern for women and children while carefully tiptoeing around the triggers so have no fear. You're safe for a refresh there.
Do I think Charlie and them were a cult? No. But people less weird than me surely do. In this live from last night, Lansing explains her interests in the case, admits to her lack of expertise in the field as she learns, and explains her research and plans moving forward. The author is also creating additional video content on her YT channel that I enjoyed watching.
Lansing comes from the punk rock squats of the 80's and so do I. Maybe that's the reason I don't understand the hate directed toward her or maybe it's some other reason I'm missing. My guess is because she is newer and therefore unaware there were rings to kiss and parrots to repeat.
The plan moving forward is to review every book that comes out and also look back on a few. I always say I'm not on a team but I suppose that's untrue. Without question, I love writers. I especially love you if you're a Curt because I am he as you are he as you are me but I also love you if you're the big shot getting paid while the mole people do the work.
We inhabit strange days. Let's be kind out there. 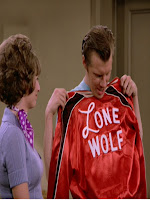