Not much has been written about Juanita Wildebush (no, it's not her real name). Years ago Farf did a humorous piece centering on her (I miss the fuck out of Farf), but the most detail we got was found in Paul Watkins' book My Life with Charles Manson. Here is an excerpt followed by a couple of pics of her. She was one of the lucky ones. She escaped with her life, but lighter in the pocketbook. Enjoy...

"My name's Juanita," she said, still gauging traffic through her outside rearview mirror. She turned and smiled. "Juanita Wildebush."

Juanita was a big, corpulent, rawboned blonde, with thick hair, thick lips, and generous well-tanned haunches. She wore an embroidered Mexican blouse, a tight pair of white shorts, and sandals. Her teeth looked like chunks of quartz crystal when she grinned, telling me she had just returned from Mexico City but was headed right back. "This culture sucks," she quipped. "After being down there for a year, everything up here seems dead." She said she spoke fluent Spanish and that after stopping in L.A. she'd be driving straight through to Oaxaca.

"We could have used you last night." I described briefly what had transpired with the rancheros. She seemed delighted with the story but felt that we should have gone to the party and had a good time. "It would have been a gas. Latin men are the greatest, let me tell ya." She went on to recount, quite graphically, several romantic episodes that she had enjoyed south of the border. "Those guys don't just ball; they get down!" So imbued was she with anything that smacked of Latin culture, I felt it futile to do anything but nod in agreement.

"Whereabouts you goin' in L.A.?" she said at last.

"I live in the Santa Susana Hills at a place called Spahn's ranch."

"Never heard of it."

We chatted amiably while her tape deck boomed out the Beatles and Three Dog Night. The inside of the van was completely customized, with a full leather tuck-in roll, a canopied bed, a propane stove, refrigerator, and a yellow life raft which sat perched on top of the mattress alongside some scuba diving gear. I got the distinct impression Juanita wasn't hurting for money. And that she was horny. I told her a little about the Family and Charlie and that our lifestyle was pretty much divorced from the rat race Anglo culture she so abhorred. When she mentioned that she had recently come into a small inheritance, I suggested, circuitously, that she stop by at the ranch and meet Charlie. She said she'd like that.

When we pulled up and parked in front of the ranch house that night, Charlie was sitting outside on the porch whittling on a piece of wood.

"Made good time, Paul," he said. "Only one back so far. Who's your friend?" Charlie stood as we approached the porch.

We followed Charlie into the house. While I poured a cold glass of water, he proceeded to introduce Juanita to Snake, Squeaky, Sandy, Ouisch, and the new girl Catherine Gilles, who were seated around the fire. Juan Flynn was lounging around the couch playing with Pooh Bear. Brooks was in the shower, singing. Juanita and Juan exchanged amenities in Spanish and Juanita seemed pleased at this.

Later, Charlie took her aside to smoke a dube while I parked her van down by the corral. I didn't hurry, so as to give him plenty of time to lay out his rap. I'd told him Juanita had money and that she might be willing to part with some of it. At the time, I wasn't averse to hustling money for the Family. It was like a game. I could think of no better cause than our own communal existence. And, like everyone else in the Family in those days, I wanted to please Charlie. By the time I got back, Charlie had the full scoop. Juanita's inheritance was no mere pittance—some fifteen thousand dollars, to be exact; what she needed most, he said, was to have her "wildbush" sucked, good and proper.

"She's partial to you, man." He beamed. "So just take her back to her van and ring her bell."

I hadn't figured on that. Generally, Charlie was first with any new girl. Had Juanita been physically attractive, he would have been. The fact is, I'd been thinking about Snake all the way home. But I didn't have much choice.

Juanita and I spent a long and active night in the van. And some of the next morning. She was eager, she said, to move in with the Family. That afternoon she made arrangements to give us some of her money. A week later George Spahn's four-thousand-dollar tax bill was paid in full. 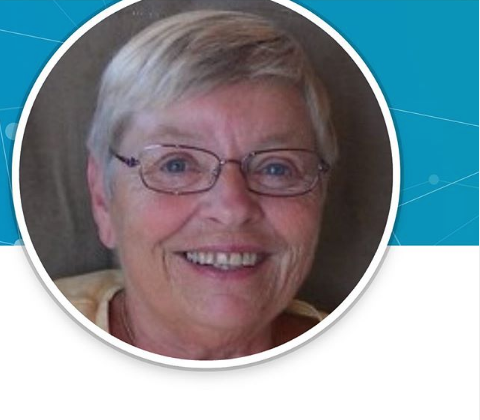