Just read the transcript (thanks to Cielodrive.com) from Bruce Davis's 2015 parole hearing that happened not even a month ago on August 27th. Wow, what a read it was! It's funny how Bruce Davis reiterated a few things such as:

Brucie also mentioned a few things I had never heard before either, such as: 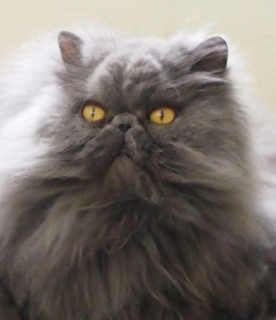 Might I add, the extremely odd "victim's impact statement" given by Debra Tate. Please note, a victim's impact statement, according to California parole hearing rules is supposed to only focus on how the crime (s) impacted the family members of the victims (not her). Her statement had a few "I's in it and I think one "Me." Note: Before a certain "merkin-breath" starts in on the personal attacks, please note that I very much would like to kick this person in the ovaries.... Continuing.... I am not trying to dis Debra Tate, ladies & gentlemen. This woman, I know has had her share of grief and I know she has been greatly impacted in a cruel, hard way from a terrible crime in which Manson, Watson, Atkins & Krenwinkel were all involved! Not so much Bruce Davis, though. Yes, he was part of "The Family" I know, but so was Barbara Hoyt and you see them sitting together during parole hearings. Crazy, huh? I know Debra was there as a victim's representative & all, but I still think it was weird. I am not sure if she wrote this statement or if she just said it in a spur of the moment situation. If it was spur of the moment, maybe she was nervous. One time I had to say a spur of the moment speech in front of a whole auditorium of people back where I used to work and I was so nervous, I accidentally said the word FART instead of START in my sentence. Maybe this was the same kinda situation. I still think her statement was weird, though. See what I mean:

Coming, sir. Hello. I feel very privileged to be here and be able to talk on behalf of the remaining family members involved in Mr. Davis' heinous crime. I know firsthand how devastating these acts of extreme ugliness in the fashion that our loved ones were taken from us has. It is a fashion which never goes away from your memory and all of this has been concurred by the Hinman family as well as Shorty Shea's divorced wife and child. It causes great pain, strife, fear that has caused me also to lose family members. It is an extreme stress. I personally don't see enough remorse in any of these people and I do look for it. I represent other families and when I see it, I give it. I just don't see it here, the fact that the family members feel that seven years to life but somehow these good Christian people feel entitled to take it to the minimum sentence, which is seven years, is quite offensive, to tell you the truth. It has a low end and a high end and the high end being life. We believe that these people need to pay with life. The American public believes that these people need to pay with their life. The American people believe that these folks need to stay in jail for the rest of their life and they are trusting that that is exactly what is going to happen. It's actually quite a chore to prove that any one or all of these people are not going to receive just that. So it is the collective of the remaining victims' families as well as the rest of the United States and many other countries in the world. And based on that fact, Commissioners, I would implore you to give Mr. Davis an appropriate amount of time equal to his heinous, ugly taking of two viable, useful members of society's life and did nothing and in that way planned and ultimately was a part of, although not in person but in spirit, of the loss of my sister. Thank you very much.