This is Preston Guillory's first interview with the Los Angeles Free Press. It was conducted shortly after he had been fired from the Los Angeles Sheriff's Department, Guillory had been assigned to the Malibu sub-station and participated in the August 1969 Spahn Ranch Raid.

Guillory's second interview with the Freep was included in the pdf that the newspaper put together with all of their Manson articles. I keep finding Manson related stuff that was omitted from that pdf and this article is one of those that had been omitted. 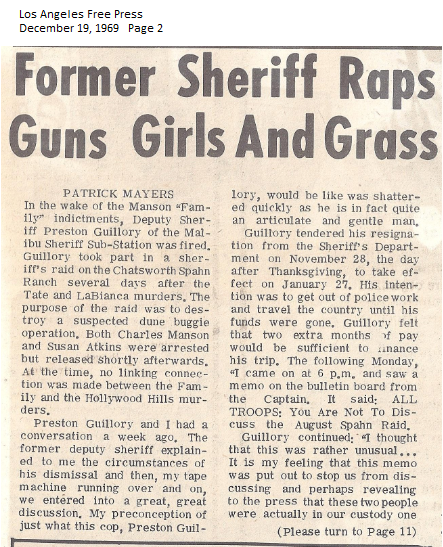 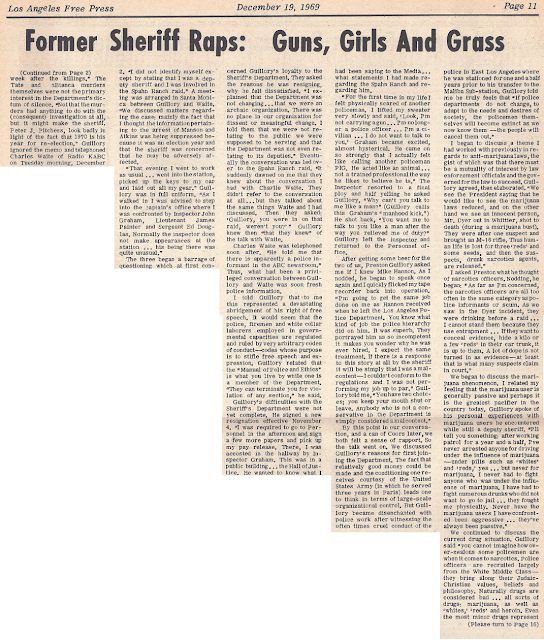