More on the "Missing Link:" Bikers and Meth

Parts 1 and 2 of this series can be found here and here.

We cannot go much further with Patty's current line of inquiry without addressing methamphetamine (aka meth) and biker culture. Admittedly, Patty doesn't know shit about any of it firsthand. However, she once had biker neighbors who were probably cooking meth. She knows this because of the weird foot traffic, the weird hours, the weird smell, and the rather large, glass shattering explosion at 2am several years back. Patty became peripherally friendly with them, and they protected Patty's property from harm on more than one occasion. She felt that they were good people with bad habits and worse friends. 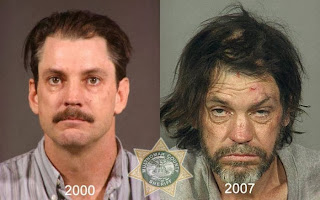 Her attitude is likely influenced by the fact that Patty grew up in a Southern California town known for its abundance of meth: it was freaking EVERYWHERE, she remembers. In the early eighties, a lab down the street from her junior high blew up violently, and became the butt of many a schoolyard joke. A local bar called The Starlight purportedly distributed it via table service ("I'll have a beer and a bump!"), but Patty was too young back then to know if that is actually true. Patty cannot imagine anyone actually liking that messed up, tweeked out, way-too-much-coffee feeling. But, a lot of people apparently do. Or, they get started so they can work harder, thinking that they will kick after they make the big money. Um, BAD IDEA. 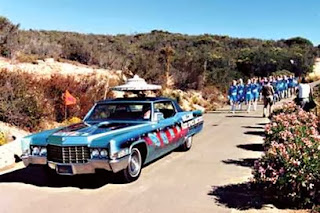 There was also a spaceship cult in Patty's town called Unarius (pictured at left) that had property out in Jamul (pronounced "huhMOOL"). Patty recently found out on facebook which of her high school friends' parents were involved: she never had a clue at the time, so it was a real shocker. Jamul is conveniently located on Highway 94, a desolate back road that leads to the US/Mexico border crossing at Tecate (see below). Yes, that is where they make the beer of the same name. Patty remembers going to the dulceria there as a child: it was her treat for waiting patiently while Mom and Dad Patty haggled over the price of terra cotta garden pottery with the locals. 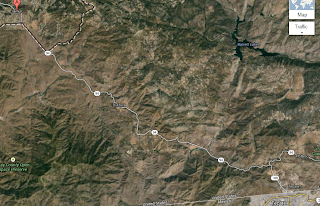 As a teen, Patty was forbidden by Mom Patty from going to Jamul and beyond because of its bad reputation: it is not uncommon for hikers or sportsmen to find dead bodies in the surrounding areas. Sometimes, people die from exposure while trying to cross the border; other times, people have been shot for one reason or another. Supposedly, "Stephanie Schram's sister" (she has two: Susan Jane who was married three times between '69 and '76, and Sally Joanne who seems to have been a bit more stable) lived in Jamul, and this is where she and Charlie were going in early August, 1969. Oh. by the way, you know Charlie speaks pretty good Spanish, right? Si! Esta es la verdad! Whether or not there were also bikers in Jamul back then, Patty knows not. But she is beginning to think that Jamul may have been one of the 40 regional BEL distribution centers written about in Schou. At the very least, it would have been a convenient stop just north of a very sleepy, low-security border crossing well known to dealers on both sides. 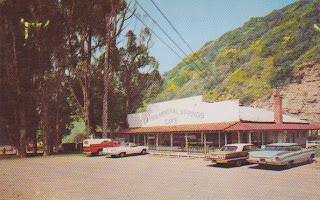 Another place that a friend of the blog has suggested is involved in our story is Carbon Canyon, which is just east of Brea in Orange County. He says that "after getting LSD in Laguna, kids would go to Carbon Canyon and drop it." There was a bar there at the time called "La Vida" which was part of an old hot springs and soda pop factory. It became dilapidated by the 1960s: it was a hippie/biker hangout until the late 70's, at which point it became a notorious underground punk club. Patty is not sure if you can still get a beer there or not, but she thinks not. Patty's friend compares Carbon Canyon to Topanga and (like Patty, Mom Patty and Jamul) remembers that he was forbidden to go out there. He would anyway, but it was "wild," and you NEVER went alone. This may be because La Vida was purportedly a bar that served "many patches." 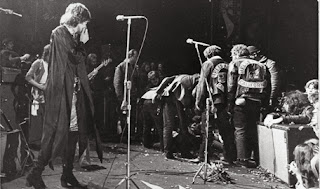 In Northern California, the Hell's Angels made a deal with Nick Sand to distribute his leftover cache of STP by selling it as "acid" on the street. In return, Sand would make methamphetamine for them. As you know, this is what the Angels were messed up on at Altamont. As we discussed last time, meth is very similar to MDA, as are the starting materials. Sand just put some of the batch aside to be processed in a slightly different way to give a slightly different product. In this way one could make a case for the California methamphetamine trade having risen from the earlier trade in psychedelics.

As a result of the deal made with Sand, the Angels got a bad reputation for their bad "biker acid" (Patty wonders aloud if the Woodstock catch phrase "don't eat the brown acid" was some of the same stuff?). As a result, by 1968 the BEL was shopping around for new distributorships or franchises to peddle their wares. This created a large part of the internal chaos within the BEL that culminated with the death of founder John Griggs who ingested a bad (or over-) dose of "synthetic psilocybin" that was making the rounds just days before Cielo.

Bob Ackerley states that an old friend from Anaheim, Elliot Miller (aka The Joker) was "another brother from Anaheim that nobody knows about, and he had a whole network." Whether or not Miller was a Gypsy Joker is unknown to Patty. She has learned however that The Gypsy Jokers were formed in San Francisco in the 1950's, and were forced out of the bay area by the Angels in 1967 (this is, coincidentally, around the same time that the Angels made their business arrangement with the BEL to sell STP). The Jokers later relocated to Oregon and Washington. They are still active up north selling meth, and they are still scary as hell. We will absolutely have to come back to speaking about Oregon at some point. 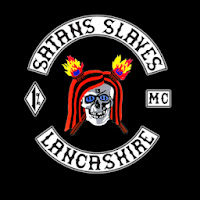 Anywhoo, in Southern California around the same time, there were Satan's Slaves and the Straight Satans. According to DebS' research here, the Slaves were legitimate 1%-ers. In the US, they eventually patched over to become Angels. They still exist abroad in the UK and elsewhere. While they are not much discussed in Helter Skelter, the Straight Satans are discussed therein quite a bit. Deb believes that they were not nearly as tight and as legitimate of an organization as the Slaves were. 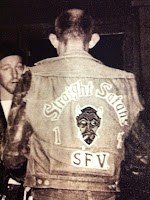 At least one gentleman was murdered in 1971 for the offense of impersonating a Satan according to an article found by DebS. Another that was written by Sue Marshall infers that the impersonators were police informants who used confiscated Satans membership paraphernalia as credentials. It also infers that Satans were not big time dealers: rather they only traded in small quantities. Supposedly, Danny DeCarlo was a Satan. This idea fits with the material contained in the following interview blogger Cybot referenced with Bobby Beausoleil, that was conducted by Oui Magazine, circa 1981:

Q. Why did you go to Gary Hinman's home on July 25th, 1969?
A. I didn't go there with the intention of killing Gary. If I was going to kill him, I wouldn't have taken the girls. (Mary Brunner and Susan Atkins). I was going there for one purpose only, which was to collect $1,000 that I had already turned over to him, that didn't belong to me.
Q. When had you given him the $1,000?
A. The night before.
Q. You paid Hinman $1,000 for 1000 tabs of mescaline and then returned to the Spahn Ranch?
A. Right. The whole transaction with the Straight Satans motorcycle club took place at Spahn's Ranch. There were a few Satan Slavers hanging out there as well. The Straight Satans took the mescaline back to the motorcycle club at Venice where they were intending to party, they were really mad about it. 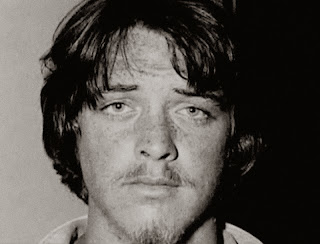 Q. How did you know that it was strychnine instead of mescaline in such a short time? If you didn't try the drug yourself, how could you be certain that it was bogus or poison?
A. I don't think that those guys would have lied to me. They wouldn't have been that mad.
Q. How long had you and Hinman been doing these transactions?
A. Very rarely. I just happened to know that he had something. I was trying to be a nice guy, trying to be in with the fellows, trying to impress somebody. 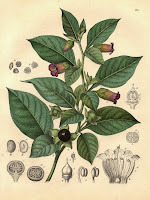 Bobby, who knew Gary as far back as at least October of 1967 according to evidence found at the murder scene, has perfected the art of looking the part of the pathetic victim of circumstance. Here, he is talking about a relatively small deal conducted for a small, loose-knit biker club with a tiny little manufacturer of "synthetic mescaline." This was an independent deal, not a "syndicate" deal, as Shreck would call it, which may also explain why Bobby handled the whole situation so ineptly. Why would the bikers think that it was strychnine? It is not a product of the chemical processes in question if the synthetic mescaline was STP or PMA. However, Robert Hendrickson suggests that Gary may have been experimenting with extracting scopolamine from Atropa belladonna.  Strychnine and belladonna have an established historical connection: they used to be packaged together in Victorian times to treat a host of internal ailments, and can still occasionally be found together in over the counter "homeopathic" preparations. Either way, the experience would still have been extremely unpleasant.

It is also interesting to Patty to hear that there were also Satan's Slaves at Spahn, who had known ties to the BEL during a very unstable time in California's drug trade for all of the reasons mentioned above, and more. Were Satan's Slaves the source of the chaos that ensued when someone realized that established territory was being impinged upon? Was Bobby auditioning for a larger role in an already established organization, or maybe just filling in for someone else like one of the two Charleses, since the stakes were pretty low? 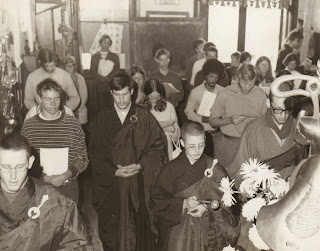 As for Gary, what was his motivation? As Leary suggested, was he trying to raise a little money for his trip to Japan: a one-off kind of thing? Was his intention to become more involved at some point, or at least, did someone believe that was his intention? Did his being a buddhist with ties to Santa Barbara have anything to do with the BEL and/or his death?

That's enough to think about for now. Does Patty even need to say that THERE'S MORE?!