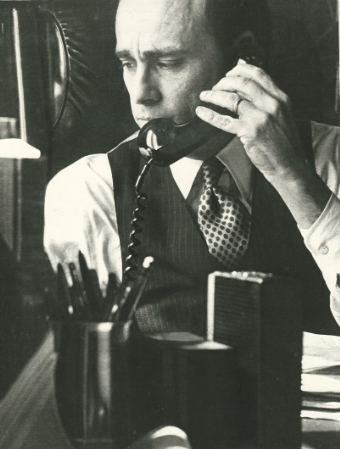 The June 1976 issue of Penthouse magazine has an interview with the Bug.  The interview itself was done as Bugliosi was running for District Attorney of Los Angeles County but came out after he lost.  So, the interview is heavy on him politicking for himself.  There is about a page and a half on Manson though, and he has made some interesting comments about what he felt Manson believed and didn't believe.

Penthouse:  Why do you think Manson urged his followers to be come murderers?

Bugliosi:  There were three main reasons.  One was to ignite the war between the blacks and whites that he called Helter Skelter, a war in which Manson saw himself as the ultimate beneficiary.  He said the blacks would win, but wouldn't be able to handle power and would look to leadership to those whites who survived.  So Charlie tried to frame black people for his murders.  The Manson Family believed in Helter Skelter --- hook, line and sinker.  It was the Family's credo.  But Charlie is a very evil, sophisticated con man, and I cannot conceive of his believing some of the things he preached about, such as a bottomless pit, the Family growing to 144,000 people and himself becoming the leader of the world.  Oh, he was a megalomaniac and would have loved to become the leader of the world, but I find it difficult to think he believed those murders could actually start a worldwide race war between blacks and whites.  My guess is that he used Helter Skelter as a vehicle to work his followers into such a lather that they were willing to kill for him.  Whether he believed it, I have to say no.  And I have to guess because Manson never admitted his involvement in these murders.

I feel very strongly about the two other motivations he had.  One was a kind of revenge.  He'd once been turned away at the plush residence where Sharon Tate lived.  Before she moved in, the house had been occupied by Terry Melcher, Doris Day's son.  Charlie had gone there to get Melcher, a record producer, to record him, and Terry had refused.  Manson was a frustrated singer-guitarist and on the night of the Tate murders he was striking back at that.  The residence symbolized society's rejection of him.  The third motive was his preoccupation with death.  Charlie was always lecturing the Family about death and how beautiful it was.  In fact, most of the songs he wrote contained constant references to death.  And where did he lead the Family after the murders?  Death Valley.  Paul Watkins, who left Manson before the murders, said it best: Death was Charlie's trip.