The August 1976 issue of Oui magazine has an article written by Timothy Leary where Leary talks about meeting Charles Manson at Folsom Prison.  A brief explanation of how Leary ended up in prison-

Leary's first conviction of marijuana possession after a December 20, 1965 arrest in Texas, where he received a 30 year sentence, was eventually overturned on appeal.  On December 26, 1968 Leary was arrested again in Laguna Beach California for possession of two marijuana "roaches".  He was subsequently convicted and received a 20 year sentence on January 21, 1970.

Leary was assigned to work as a gardener in lesser security prison.  In September 1970 Leary escaped from that prison.  The Brotherhood of Eternal Love paid the radical group The Weathermen $25,000 to smuggle Leary and his wife out of the US.  After traveling to many different countries US authorities caught up with Leary in Kabul Afghanistan in 1972 and he was returned to the US, placed in Folsom Prison in solitary confinement.  Governor Jerry Brown released Leary from prison April 21, 1976 shortly before this article was written. 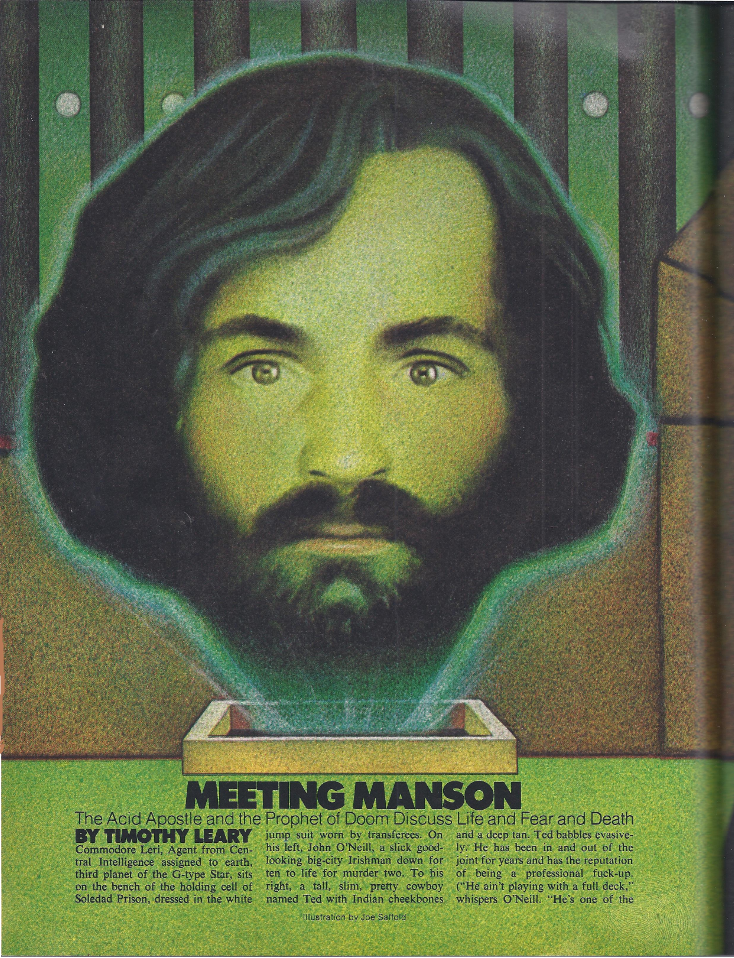 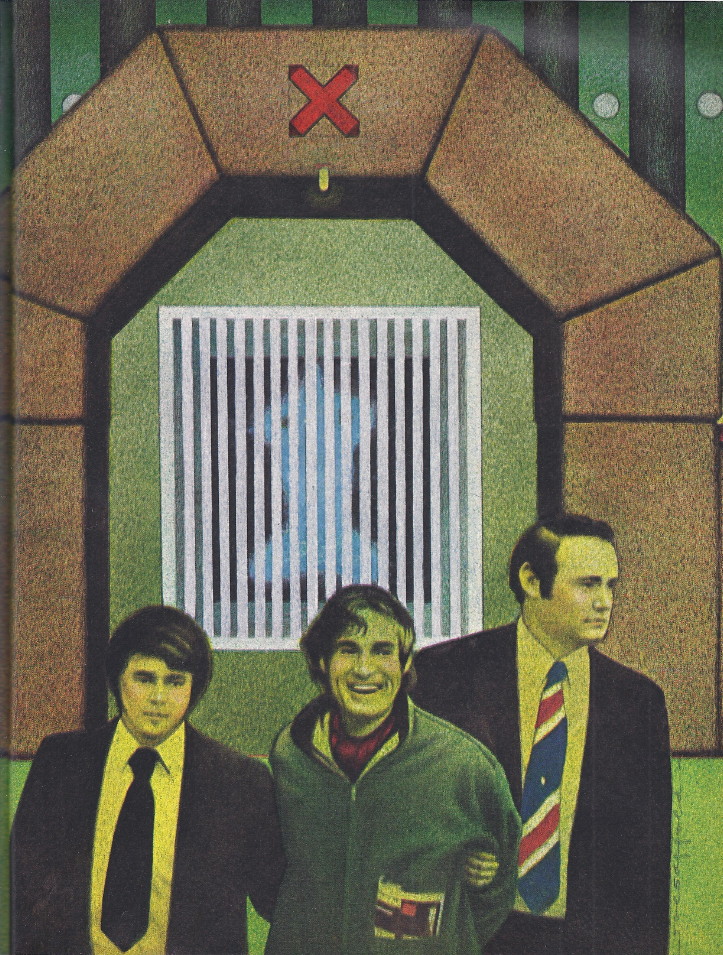 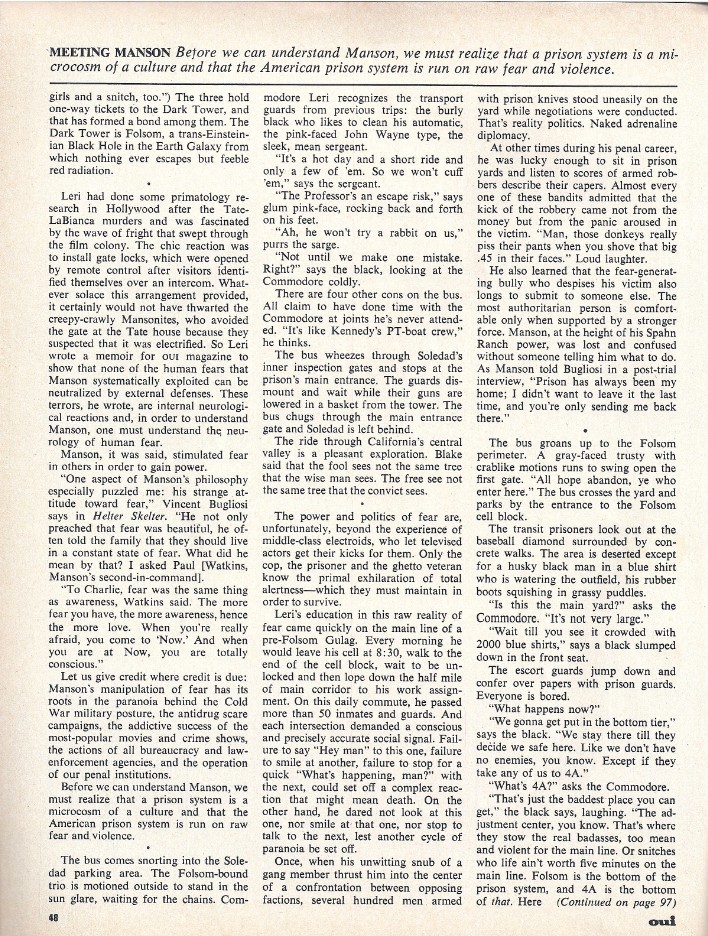 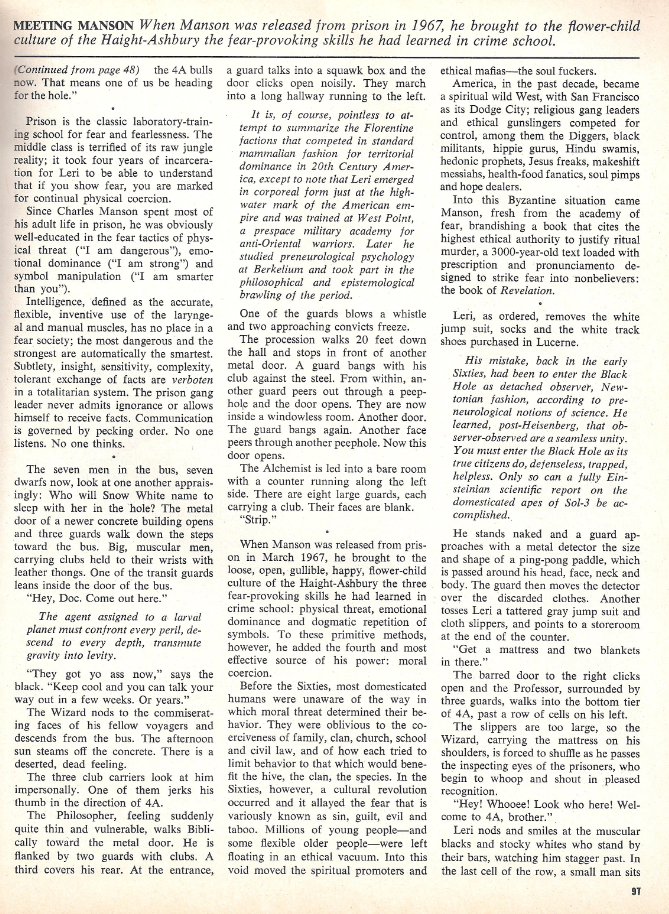 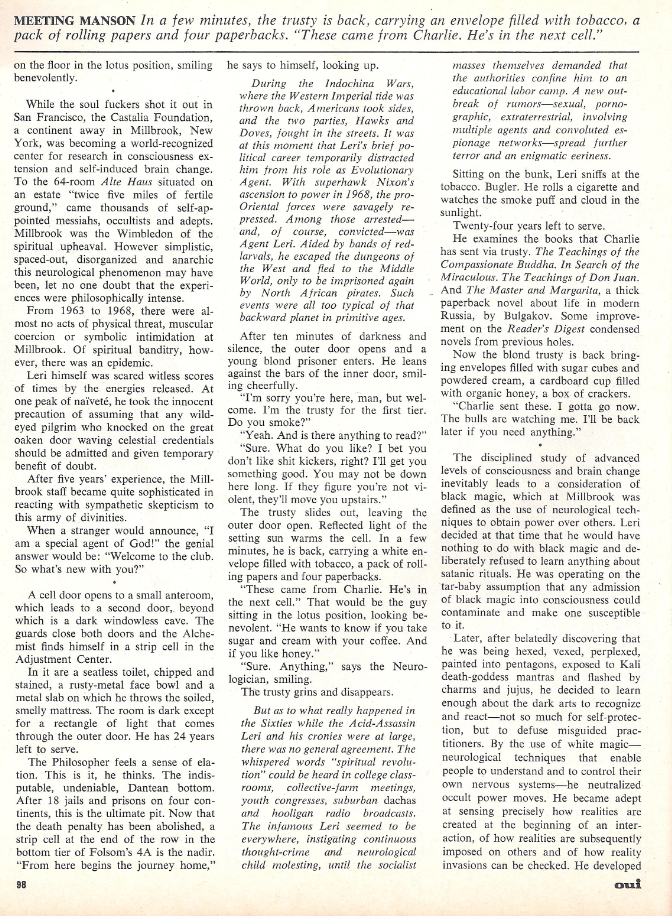 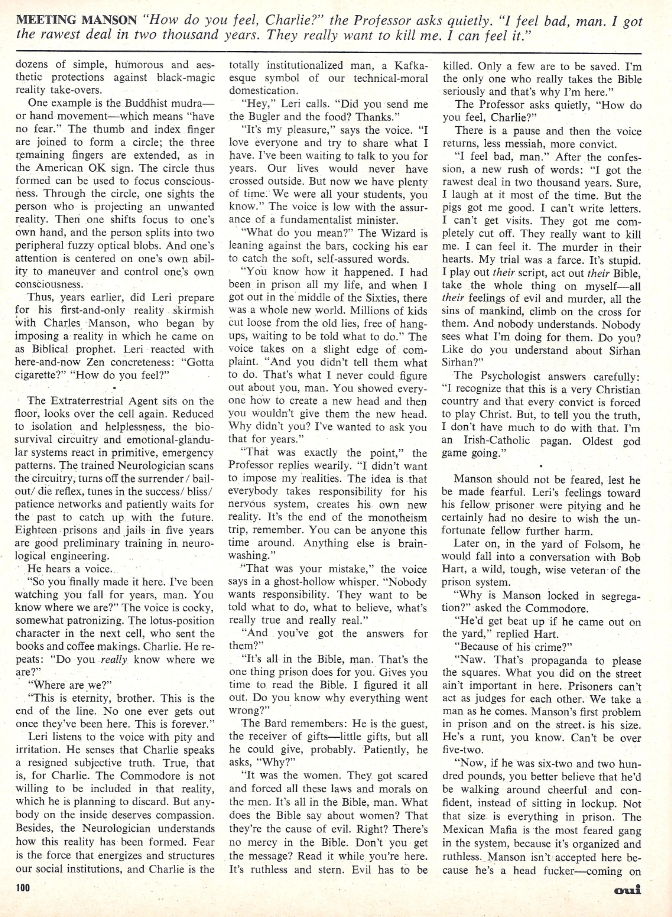 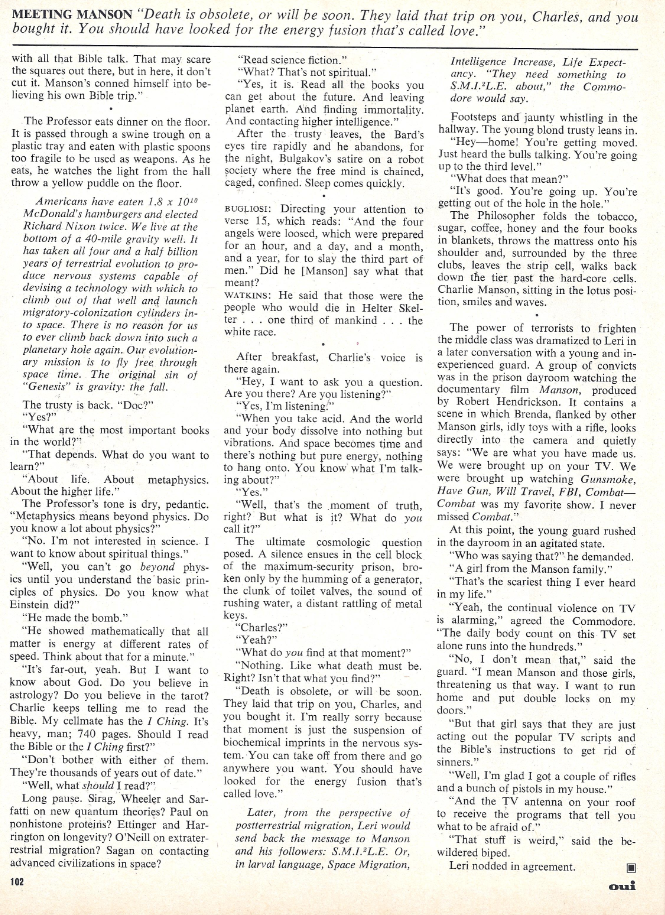 ﻿
After reading this article I decided to send a scanned copy of it to Robert Hendrickson as he and his movie "Manson" are mentioned in it.   I figured Robert had read the article when it was first published but might not have a  copy.  I was surprised by his reply, Robert had no idea the article was written and did not know that his movie was shown in a California prison.  Here is his reply-


"I can't believe I didn't know about this.
For them to see my film, someone had to have made an illegal copy and it could have been someone involved with the Squeaky Fromme / Ford affair.
There's a post for you! Who stole the MANSON movie.
The FBI? The Secret Service? The Prosecutor? The defense attorney? Squeaky? The Judge? Jerry Ford?  The 3/4 inch tape we had to produce for the Court in Sacramento is the likely source.
Then the question is: did the Warden approve of the showing. OMG, no wonder Charlie is such an icon in prison. I made him bigger than life itself.  Maybe a special screening of MANSON in prison _ with 35 mm print- like at cinefamily would really make him a model/star prisoner. In the 80's we licensed MANSON to a Florida prison for screening.