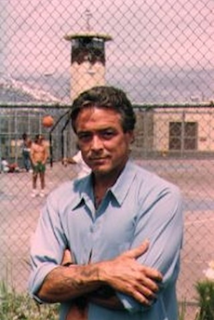 Ok, just got finished reading Bobby Beausoleil's 2008 parole hearing, and almost fell out of the chair. It seems, Mr. Cupid was something of an entrepreneur back in 1984. He was apparently running a business out of his prison cell called "B & B Enterprises." The company consisted of himself, of course, and his wife, according to prison officials. An actual lieutenant from the prison security team at CMC wrote Beausoleil up, and filled out a report, which is summarized here:


"Approximately mid-December of 1984 Inmate Beausoleil received in the institution mail a large manila envelope containing Xerox copies of the following. Number one, letters of correspondence with people from various states. These letters pertained to purchase orders of child pornography, ages between four and 12 years old. The types of orders were photographs, movies, tape cassettes and magazines. They were all specific as to what they preferred, age, sex and nationality. Two, photocopies of order forms with names and addresses of purchasers with their money order or check made out to B&B Enterprise. A few money orders were made out to R. Beausoleil in care of B&B Enterprises. Three, one letter pertained to a person offering his services to B&B Enterprise by making movies or magazines for him, meaning Beausoleil. In this letter the man stated that he and an accomplice kidnapped children between the ages of four and eight years old. They moved from one state to another every three months to stay ahead of the law. Some states he mentioned were Florida, Washington DC, Colorado, and the last state in which they had just left was Arizona. He mentioned after their stay in California they were heading to Washington. Four, photocopies of bank records showing deposits to B&B Enterprise and R. Beausoleil. All of this information came with a return address of B&B Enterprise, P.O. Box 1033 in Grover City." Which I believe is where Mr. Beausoleil's wife was living at the time. "In the second week of February, Inmate Beausoleil received another manila envelope from B&B Enterprise in Grover City. This envelope contained purchase orders for magazines containing -- which contained nothing but child spanking and beatings. Each one asked for a certain age, sex and nationality. The order forms were addressed to Sassy Bottoms, B&B Enterprises, P.O. Box 1033, Grover City, California 93433."