(CNN) -- Famed film director Roman Polanski, wanted in the United States for having sex with a minor in the 1970s, was questioned this week by Polish authorities but allowed to leave after the interview.

A spokesman for the Polish Prosecutor General's office said Thursday that authorities there didn't believe it was necessary to hold him in custody while the United States seeks to extradite him.

Mateusz Martyniuk told CNN that Poland received a request from U.S. officials to arrest Polanski, and the Oscar winning filmmaker came Wednesday to the office in Krakow.

"(The matter) was not sent to the court that could impose a temporary arrest because the prosecution did not find basis for that," Jan Olszewski, one of Polanski's attorneys, told CNN affiliate TVN24, according to the network's translation.

Polanski, who was in Krakow on Thursday, said he wants to film a movie in Poland, his parents' homeland, next spring. The director has both French and Polish citizenship.

He told TVN24 he hoped the extradition question had been settled "once and for all."

Polanski pleaded guilty in 1977 in California to having unlawful sex with Samantha Geimer, who was 13. The director of "The Pianist" was 43 at the time. He fled to Europe before he was sentenced.

Polanski was arrested in Switzerland in 2009 on a U.S. fugitive warrant.

The Swiss rejected the American extradition request in 2010 because the United States did not supply all the legal records Switzerland requested and because Polanski had a reasonable right to think he would not be arrested if he visited the country, Justice Minister Eveline Widmer-Schlumpf said at the time.

Geimer publicly forgave Polanski in 1997 and has called for the case to be dismissed.

Besides the Oscar win for "The Pianist," Polanski also received Academy Award nominations for "Tess" and "Chinatown."

In the coming days we will be sending out a special treat to those folks who have signed up for our mailing list. The treat is one of my finds that after serious discussion we decided we really didn't want to publish publicly but we did want to share it. I think you will understand why when you read it. So, get on our mailing list and don't miss out, you won't be disappointed! 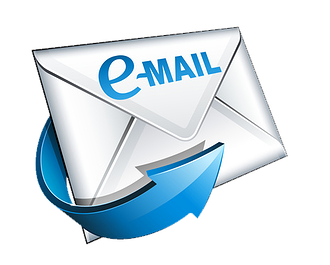