It's hard to imagine that anyone in prison who says the things that Manson does truly wants to ever be released.  It seems to me, from the beginning of the end of Manson's days of freedom in the world, he has done nothing positive that would allow him to walk the streets as a free person ever again.  He has said that he can not live in our world with our rules, he has said that he would rather stay in prison.  His actions reflect that this is so.

People like Star and her ilk claim that Manson was unjustly convicted, he should not be in prison because he killed no one.  Their protests to Manson's incarceration appear to be at odds with his own wish to stay in prison.  Why do folks like Star champion a cause that even the "cause" does not want for himself?   I do think that Manson enjoys being a twisted martyr to those that worship him.  He enjoys the fame that the murders have brought him.  It's a fame that he could not have achieved by becoming a recording artist because he would have had to really work at it, and let's face it, Manson is a lazy person who never worked for anything in his life.

And, maybe, just maybe, Manson's desire for fame and martyrdom was a part of the underlying motive for the murders in the first place, kind of a sub-motive that nobody knew about but him. 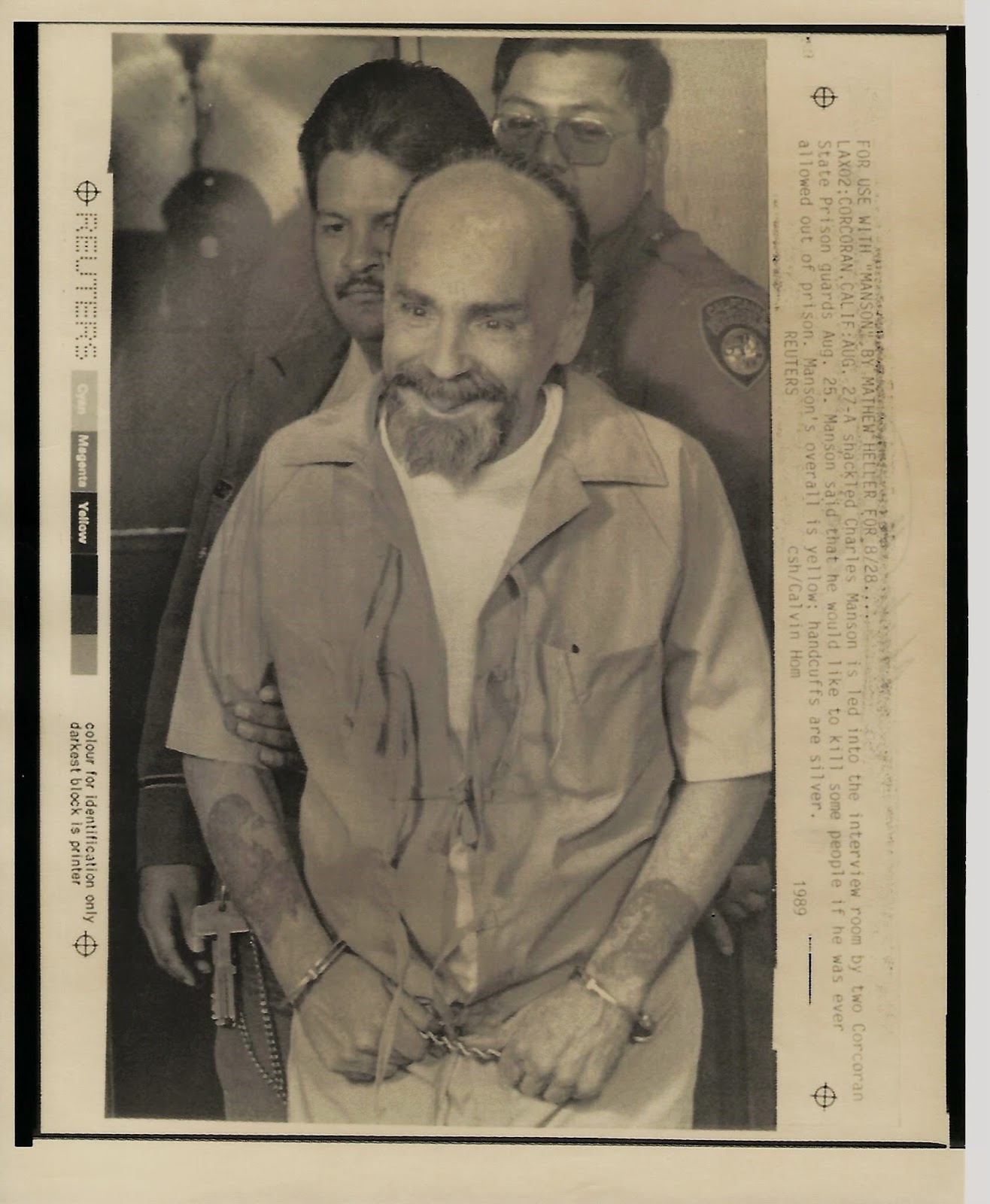 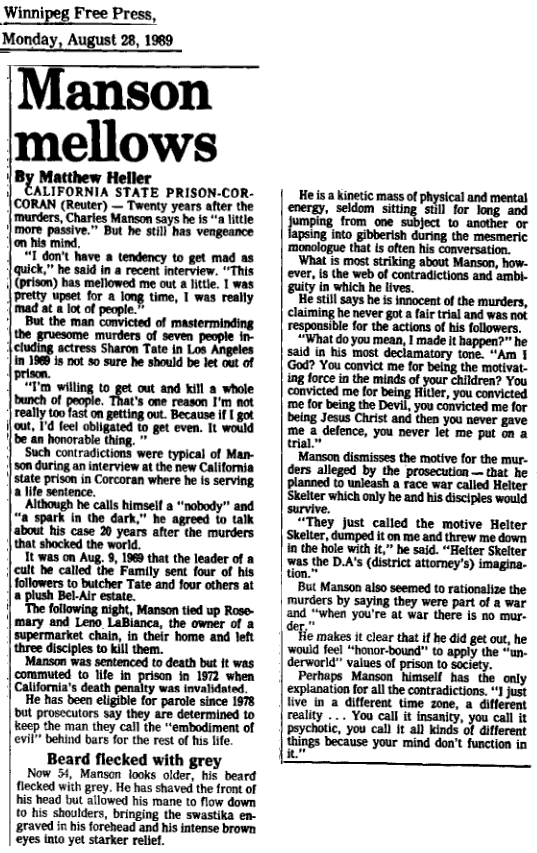