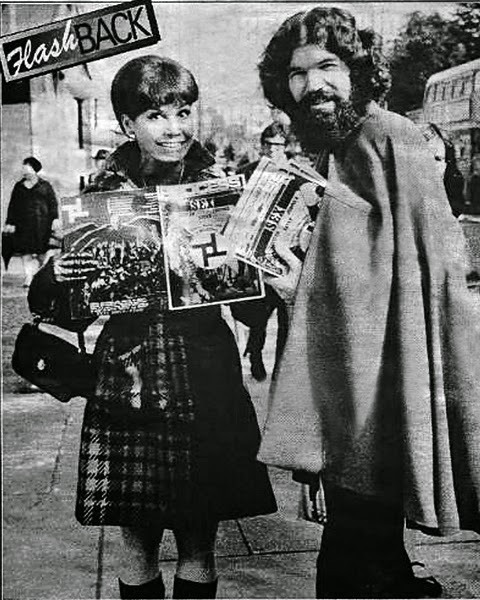 Here's a side of Mary Tyler Moore fans likely have never seen before: holding up the radical newsletter of a notorious satanic cult!

The National ENQUIRER obtained this shocking 1967 photo of the beloved star in London; Mary smiles next to a man and displays "Process Magazine," the in-house publication of The Process Church of the Final Judgment, with its swastika-styled logo on the cover.

"It's absolutely clear that poor Mary was duped into endorsing the Process Church – having no idea it was an evil cult!" a source told The ENQUIRER . "Certainly it was a coup for the church to get Mary to pose for this photo – possibly for their own recruiting purposes – because she personified the sweet girl next door in America, and the type of individual the evil cult would like to brainwash!"

As The ENQUIRER previously reported, the 78-year-old TV legend is losing her long struggle with numerous health woes and appears to be "at death's door," as one eyewitness recently suggested.

But at the time of this trip, Mary was only 31, and the Process Church was just beginning to infiltrate the U .S. with its message that Christ and Satan will reconcile at the end of the world and pass judgment on humanity.


Thank you, Candy and Nuts