Tex's thoughts on the subject.... 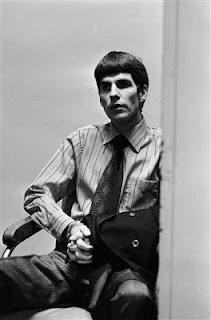 I just read an interview Tex Watson did, (Manson's Right-Hand Man Speaks Out) in which the interviewer asked him if the crimes would of happened without Manson. This is what Tex had say in regards to that particular question. He also added something else, which I find interesting. Of course, Tex was full of caca most of the time, but who knows, perhaps he was right on the mark with what he said in his answer. Read on:

Q: Would the crimes have happened without Manson's order?

Definitely not! Bugliosi, the prosecuting attorney, agrees that Manson was the catalyst. We would never have gone out on our own and killed people. It was not our idea of an exciting night. We murdered after taking on Manson's beliefs and hatred toward society, but it was nothing we wanted to do. We could've said no, but our foolish hearts were darkened. True, I had anger in my heart and released it during the crimes. I had misplaced anger, but enough to kill? -- not without many other factors, none of which excuses my actions.

Manson had the motive. It was more than just his crazy philosophy and a copycat murder. Manson was angry at Doris Day's son, Terry Melcher, for not giving him a recording contract. Terry was an acquaintance who used to live at the house where the murders took place. It's believed that Manson was at the house looking for Terry the night before the murders and was offended by the new occupants. As a result, he sent us there to kill them and to start Helter Skelter. I also believe that Manson and another family member went to the house afterward and disturbed the crime scene.