There are no shortage of newspaper articles having something to do with Charles Manson but when you happen upon a short series of articles that include a frequent commenter and friend of the blog it's a shoe-in for post fodder. 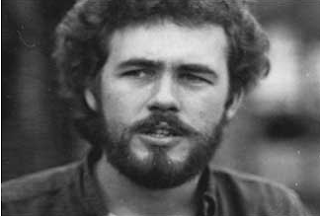 It seems that schlock TV personality Geraldo Rivera tried to put one over on Robert but got caught!

I love Robert's pluck, take on the big guys and do it in style by petitioning the judge to have Charles Manson as a witness! 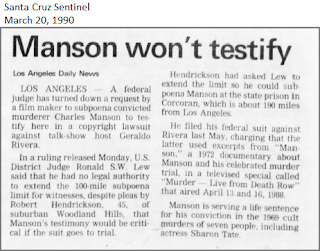 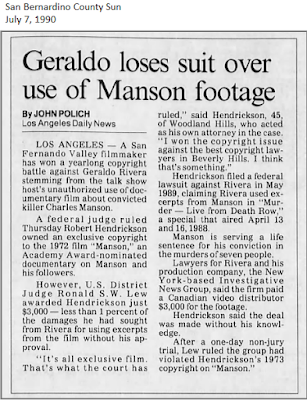