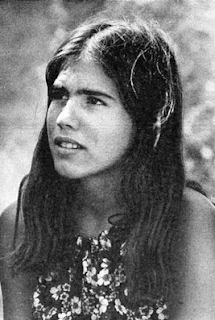 Ruth Ann Morehouse, still wearing a bandage over plastic surgery she underwent to remove the forehead X that had marked her as a member of the Manson family, Tuesday made a brief and tearful court appearance in Los Angeles.

"She has divorced herself from the Manson family for some time now," her attorney, Paul Fitzgerald, told Superior Court Judge David Fitts.

Morehouse was brought to court from Sacramento, where she was arrested a week ago on a four year old warrant issued while Charles Manson was on trial for the Sharon Tate-Leno La Bianca murders.

Known as "Ouish" to other members of Manson's cult, she initially was charged with conspiracy to commit murder for her part in what came to be known as the "Honolulu hamburger caper."

Four other members of the "family," including Lynette (Squeaky) Fromme, who is now awaiting trial for allegedly attempting to assassinate President Ford, were codefendants in the conspiracy case.

According to the county grand jury indictment against them, the group of Manson followers persuaded Barbara Hoyt to fly to Honolulu with Morehouse in October, 1970.

Morehouse reportedly spiked a hamburger with LSD before giving it to Hoyt for consumption.  the whole plan purportedly was to keep Hoyt from testifying at the Manson trial.

All five were allowed to plead no contest March 23, 1971, to the lesser charge of conspiracy to dissuade a witness, and the murder counts were dropped.  The other four received 90-day jail sentences April 16 of that year but Morehouse did not show up for sentencing.
With Morehouse at his side, unsuccessfully trying to fight back her tears, Fitzgerald told Fitts that she did not appear for sentencing because she was nine months pregnant at the time.
"The 'family' told her she had to shave her head and that she had to have her baby in jail." Fitzgerald explained "And she wanted none of that."
Instead she left to live with her sister in Carson City, Nev. and four days after her arrival there had the baby, Fitzgerald said.  In the interim between now and then, she married a Reno builder, had another child and recently was divorced.
Fourteen months ago, according to Fitzgerald, she moved to Sacramento but did not rejoin Manson followers Fromme and Sandra Good who also lived in the capitol city.
Fromme and Good called Morehouse's sister several times in Nevada and insisted that Morehouse had to come back with the 'family', Fitzgerald said.
The FBI found Morehouse's sister in Carson City and the sister informed the federal agents Morehouse was in Sacramento.
The FBI did not arrest her but did inform Sacramento authorities who subsequently picked her up on the long-standing warrant last Wednesday.
Fitts said he wanted and up-to-date probation report on Morehouse and set her bail at $1000.00 pending a November probation and sentencing hearing.  She was released later in the day after a member of her family posted the bond.
On November 4, 1975 Ruth Ann again appeared in court to be sentenced.  Judge Fitts did not give Ruth Ann any jail time, instead he ruled that because she was abandoned by her father when she was 14 years old and "thrown willy-nilly into the Manson cult" she could go free with time served.  She intended to go back to Minneapolis to live with her mother.