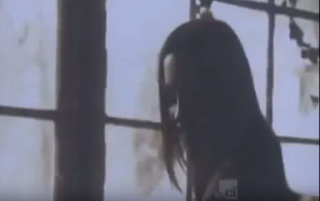 I am sorry you cannot see this photo very well, but I had to get it by doing a "screen capture" from a documentary that was on YouTube. The documentary was one of many on the Manson Watson crimes, except this particular one was of a French journalist who interviewed people who have had relationships with convicted killers in prison. Noted was the fact that there were absolutely no interviews of the ex-wife of Tex, or bushy-haired Suzan Laberge anywhere on this documentary! 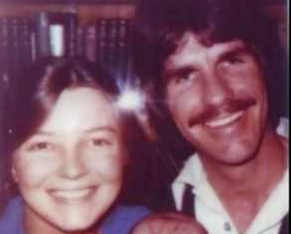 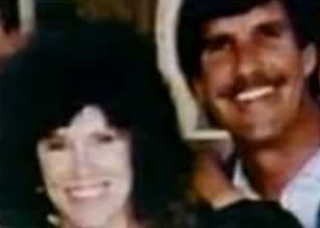 Mr. Whitehouse, who was Susan Atkins' husband has a shrine-like collection of photos of her in his home/office. One of the photos, I noticed, is of Susan when she was taken out of Sybil Brand Institute and driven around Beverly Hills to "help" the police. This particular photo was taken of her at 10050 Cielo drive! This is the ONLY known photo of her at the crime scene, which, is rather creepy, if you ask me, because she was smiling. Whitehouse, in the documentary said he liked the photo, because she is smiling and that the police were all around the house and she had the LA county "bracelet" on, also because now when "they" (meaning the authorities) talk about it, they insist that she never helped them. James Whitehouse, I am most sure was deeply in love with Susan Atkins, but displaying a photo of her in handcuffs, smiling at the scene of where she participated in a blood bath is sick, in my opinion. I'm not judging the guy for being in love with her, but come on, man, that's freaking weird!

You can get a little bit better view here: 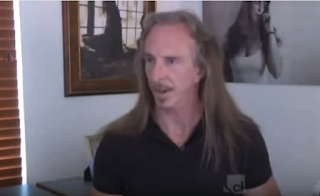