Observations on the Hinman Case 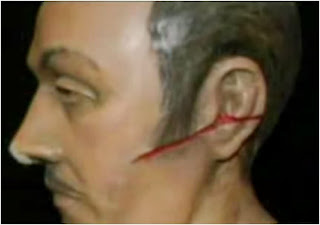 As usual, I found myself deeply involved in reading the Gary Hinman files on the super, bad-ass site cielodrive.com. Of course, when finished, I was left scratching the ole noggin, and began making a mental list of stuff that sounded plain weird, or inconsistent with what the perpetrators say, or have said at their parole hearings. I always knew Gary's death was tragic & senseless, but I never really realized how much he suffered at the hands of the people ogres that were responsible for ending his life. Here are a few of my own, personal observations. Some of them are questions, and some are just facts from the case that are extremely horrible to think about:

1.) Why did Gary not have any defensive wounds? Was Susan Atkins really telling the truth about somebody "holding" Gary, while another one stabbed?

2.) Why did Bobby Beausoleil give Dennis Wilson's address as his own when being arrested in San Luis Obispo?

3.) Gary was last seen by a friend of his on July 25th of 69 (they were to meet at the passport office to get their passports for their trip to Japan), and this friend told police that Gary appeared nervous & distraught on the day he saw him last. Why? Had somebody already been pressuring him for money?

4.) The Tuesday before (July 22nd of 69) the murder, another friend of Gary Hinman saw him at the Corral Bar (the same bar in Topanga where Bobby & Charlie played in a band a few times together) with a white male, late 20's, with a light beard & brown, woolley hair, 5'9, around 150 pounds. This mystery guy who was with Gary was refused admittance into the club, and became enraged & caused a scene. This friend of Gary's gave a description of this person to a police sketch artist. Also, what the hell is "woolley" hair?

5.) Bobby Beausoleil, Mary Brunner, and Susan Atkins walked into Gary's house, and talked to him for a few minutes about normal, everyday things, and then all of a sudden demanded money from him. When he wouldn't cooperate, Bobby beat him. Blood splatter was all over the kitchen from the actual beating.

6.) When Bobby was stopped by the highway patrol in San Luis Obispo, he told the officer that he had bought the car from a "negro" for $200. Later on, during the interrogation, he then said that "negroes" had attacked Gary. Later on, during Bobby's 2010 parole hearing he told the board that the reason he put blame on black people is because he wanted to blame the murder on some of the "radical" people that Gary Hinman was involved with at UCLA. He also told the board that Gary was involved with black people that were radicals, and that he (Gary) was into radical philosophies, etc. Of course, he didn't want the board to think he was blaming the victim for his own death, or anything like that! (rolling my eyes)

7.) The way Gary Hinman died was atrocious! After having his face & ear cut open, he was then stabbed a couple of times in the chest. He then told Bobby "DON'T DO ANY MORE!" He was then told to start chanting again, and he did, then he got up, and went to the bathroom for a while, then came out, and lay down on the floor & passed out from being in shock. After this, Bobby went over to him, and stabbed him again.

8.) Mary Brunner stated to police that Gary Hinman was gasping for air at a loud volume, so they all took turns smothering him with a pillow to drown out the sound of him struggling. He actually died while Susan Atkins was holding the pillow over his mouth. (of course, she was always involved in murder)

9.) Manson had told Gary when he arrived with Bruce Davis "Look, you can cooperate, and give us everything you got, and you won't get hurt! I want your money, and anything else of value, or you're gonna get killed!"

10.) One more thing I thought was weird. If Bobby wasn't a "family member" as he always states now, why did he give the highway patrolman who stopped him a birth date of November 11th of 1946? Isn't Charles Manson's real birthday November 11th of 1934? Was that just a strange coincidence, or did Bobby know Manson's birthday? If he did, they must of been a little bit tighter than he lets on. Some people have said Manson's birthday is on the 12th of November, but others, including Manson say it is the 11th of November (Veteran's Day). Who knows!

11.) When Manson, and Bruce Davis drove up to Gary's house that night, and went inside, Gary apparently didn't know they were in on robbing him. Gary started yelling "CALL THE POLICE!"

12.) Gary was almost able to escape out the door, but it was locked, and they all heard him, and came running out to prevent him from leaving.

13.) Mary Brunner told the investigators that before they killed him, they had tried to talk him into joining them in the desert. They were scared that Gary would of charged them with assault if they would of left without killing him.

14.) Gary Hinman's Volkswagen bus was purchased by a guy named "Puttek." Puttek had bought it from a guy named Mark Haronson, who was described as having wavy, brown hair with missing front teeth. He looked about 29 years old, and had a tattoo on his forearm about 3 inches in length. (Could that have been Manson?)

Let me close by expressing my deepest sympathies with Gary Hinman's remaining family. I was utterly disgusted & revolted when reading this case file. From a researcher's stand point, it is fascinating, but from a human being's stand point, it is incredibly sad, and disturbing to say the least. For the full, complete Gary Hinman files, please go to the amazing cielodrive.com, who we owe a great deal of thanks to! We would not have access to these historical crime files without them! Much thanks, as always, Cielo!