Then and forever - by Susan French/Tony James Features

This article on Polanski's love for Sharon makes me wanna puke. He's as bad a liar as DT. Every year he becomes more of the grieving husband than he was in 1969.

Now he claims that he's made sure that there are flowers on Sharon's grave every year on the anniversary of the murders with a note "Love R."

A: He's never made sure there are flowers on the grave.

B: The "Love R" notes are from bat-shit-crazy Rosie.

He also now claims that he used hi-tech listening devices planted in his friend's homes, hired high priced private detectives, and once Manson was found, was not sure justice would be done so he hired a hit man to kill Manson.

What a load of horseshit. If he was so worried about justice, how about showing up for even a single day of the trial? How about writing one single letter to the parole board to keep Sharon's killers in prison?

Why didn't Polanski make these revelations in his biography??

Thank you for indulging me. I feel better now.

It is 45 years this year since 26-year-old Sharon Tate, the pregnant wife of maverick movie-maker Roman Polanski was murdered by Charles Manson and three women, but Polanski, now a frail 80, has never allowed himself to forget. 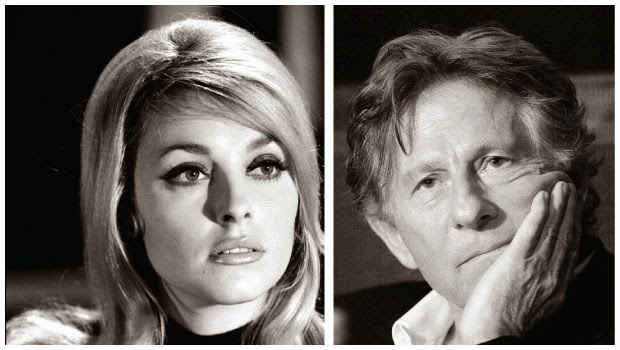 It is 45 years this year since 26-year-old Sharon Tate, the pregnant wife of maverick movie-maker Roman Polanski was murdered by Charles Manson and three women, but Polanski, now a frail 80, has never allowed himself to forget.

The flowers are always the same and so is the card that goes with them: "I love you. R" It is 45 years this year since 26-year-old Sharon Tate, the pregnant wife of maverick movie-maker Roman Polanski was murdered by Charles Manson and three women, but Polanski, now a frail 80, has never allowed himself to forget.

Now married to French actress Emmanuelle Seigner with whom he has two children, Polanski makes no secret of the fact that Sharon Tate was the love of his life.

Barred from the US after a series of sex scandals, he has to entrust others to put flowers on the grave in which Sharon Tate lies, their unborn son Paul, who also died in the attack, in her womb.

The fact that he was away from their house in the Bel Air hills on the night Sharon was murdered remains the greatest regret of his life, Polanski said recently. "The times spent with Sharon were the best years of my life."

In none of the movies which had made him the new master of Hollywood spine-chillers had he invented such stark horror.  But when 35-year-old Polanski flew in from London in August 1969 and hurried home, what he found would haunt him for ever.

The bodies of his wife and of four friends, staying in the farmhouse-style mansion while Polanski was away, lay around the house. The scene appalled hardened detectives who described it as looking like a battlefield.

After Sharon's murder, Polanski was obsessed by vengeance. He bought high-tech listening devices to leave in the homes of people he suspected to be implicated in the killings, and employed expensive private detectives.

When Charles Manson and three young women were found guilty of Sharon's murder two years later, Polanski, apparently not certain that justice would be done, was claimed to have tried to hire a hit-man to kill Manson in jail.

"Marrying Sharon was the supreme moment of my life," he said. I just hoped it would last. I should have known better."

Sharon and Polanski had come from very different backgrounds. A former Dallas beauty queen she had grown up on a ranch indulged by wealthy parents. Polanski's mother had died in Auschwitz and his father managed to have the boy smuggled out of the camp. With the help of relations, the boy escaped the Germans for the rest of the war. He slept in woods and ditches, always expecting the next day to be his last. Miraculously he survived and after the war decided to be an actor. He moved to America and in 1963 won an Oscar for his first film, Knife in the Water.

Hollywood welcomed him as a dynamic hero of the New Wave and over the next six years he became one of the world's wealthiest and most successful directors.  He made such classic spine-chillers as Rosemary's Baby, The Vampire Killer and Repulsion. 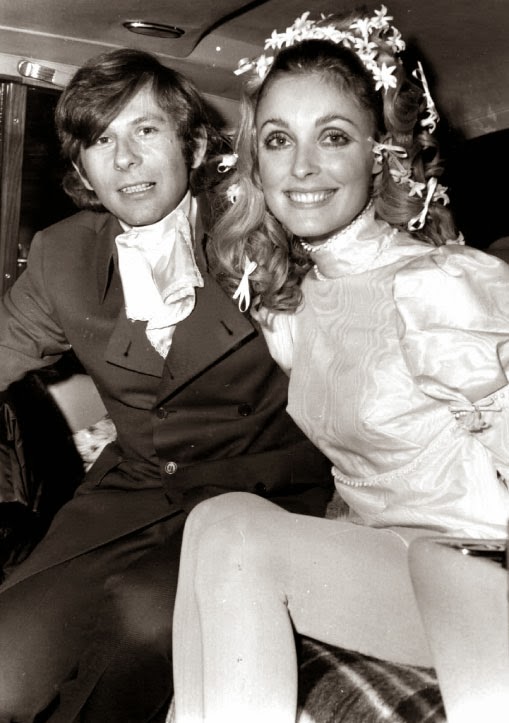 In 1967 he made The Fearless Vampire Hunters with Sharon Tate. They fell in love and married. In the house on the hill she introduced him to a tranquil home life he had never known. They were blissfully happy and when Sharon became pregnant, friends said that Polanski announced the news "as if they had just invented having babies." He had flown back to London in time for the birth.

Instead, he flew back to horror. In the living room he found Sharon's body covered with numerous brutal wounds. He rang the police, went into the garden and sat under a tree and wept. Later he would say: "Before the murders I was the toast of Hollywood. Then people started saying that the victims must have been evil.

"In fact ours was just an ordinary married life with ordinary friends. Just because you make horror films for a living doesn't mean that you are some sort of a monster."

Eight years later that was just what the press named him. He was arrested on sex and drug charges, given bail and immediately fled to Europe. He never returned to America and today spends most of his time in France where he has made several hit movies. He lives quietly with Emmanuelle and their children.

Just 40 years since the nightmare experiences in Bel Air, Roman Polanski admits that he still thinks constantly about Sharon's murder.  My life is with my wife and family and I am grateful for their love and the happiness they bring," he said recently. "But Sharon is still someone who will always be very special."