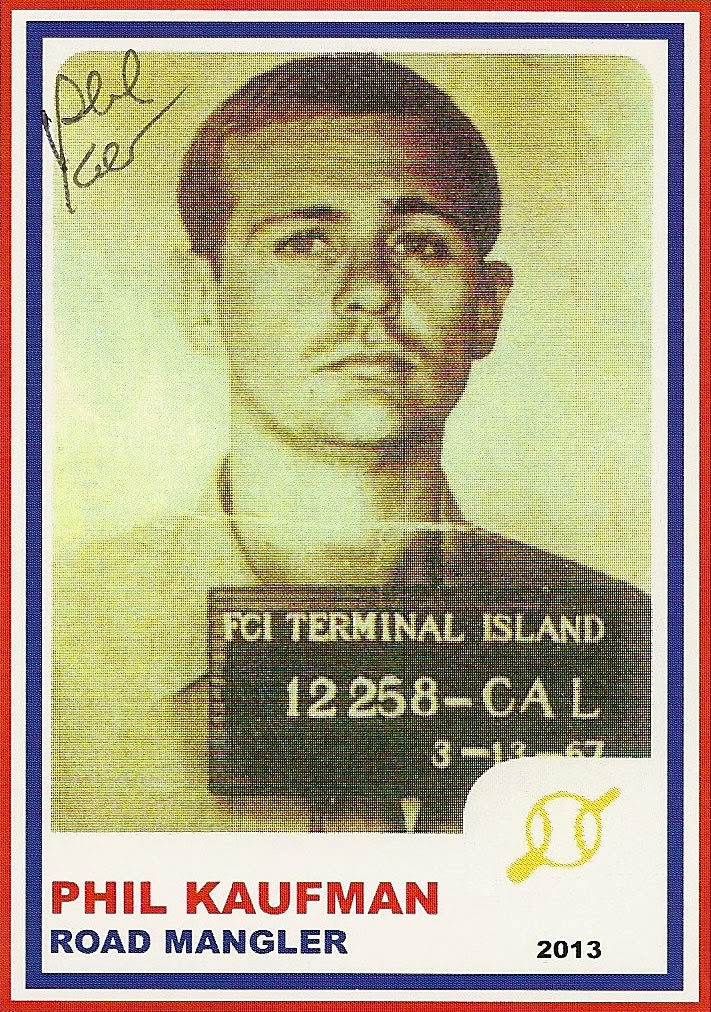 I finally got around to reading this one. My favorite books are the ones that make me laugh out loud all the way through. This was one of those books. Kaufman has certainly led an interesting and colorful life. I won't report on the entire book, just the Manson-related stuff.

Interestingly, the first person related to the Manson saga that Kaufman knew was Harold True. Kaufman dealt pot for two stints of his young life and got popped both times. He wisely decided to change careers, but not before having to pay the piper. While on bail for his first pot bust he borrowed a birth certificate from Harold True who was a UCLA student. He used it to travel Europe to avoid prison, but got nailed again selling weed across the pond!

He eventually is extradited back to the US and after several stops, winds up at Terminal Island prison where he makes Manson's acquaintance. In one early memory of CM he says Manson was playing his guitar & singing (a talent at which Kaufman thought Manson was quite good). A prison guard went up to him (Manson) and said, “Manson, you’ll never get out of here.” Charlie replied, “Get out of where, man?” and just kept playing his guitar.

Harold True visited Kaufman at Terminal Island and brought him “Space Cakes”. He says he got so zonked that he was afraid of being noticed by the guards and get "loss of good time" and delay his release. He requested that True not visit him again. LOL. 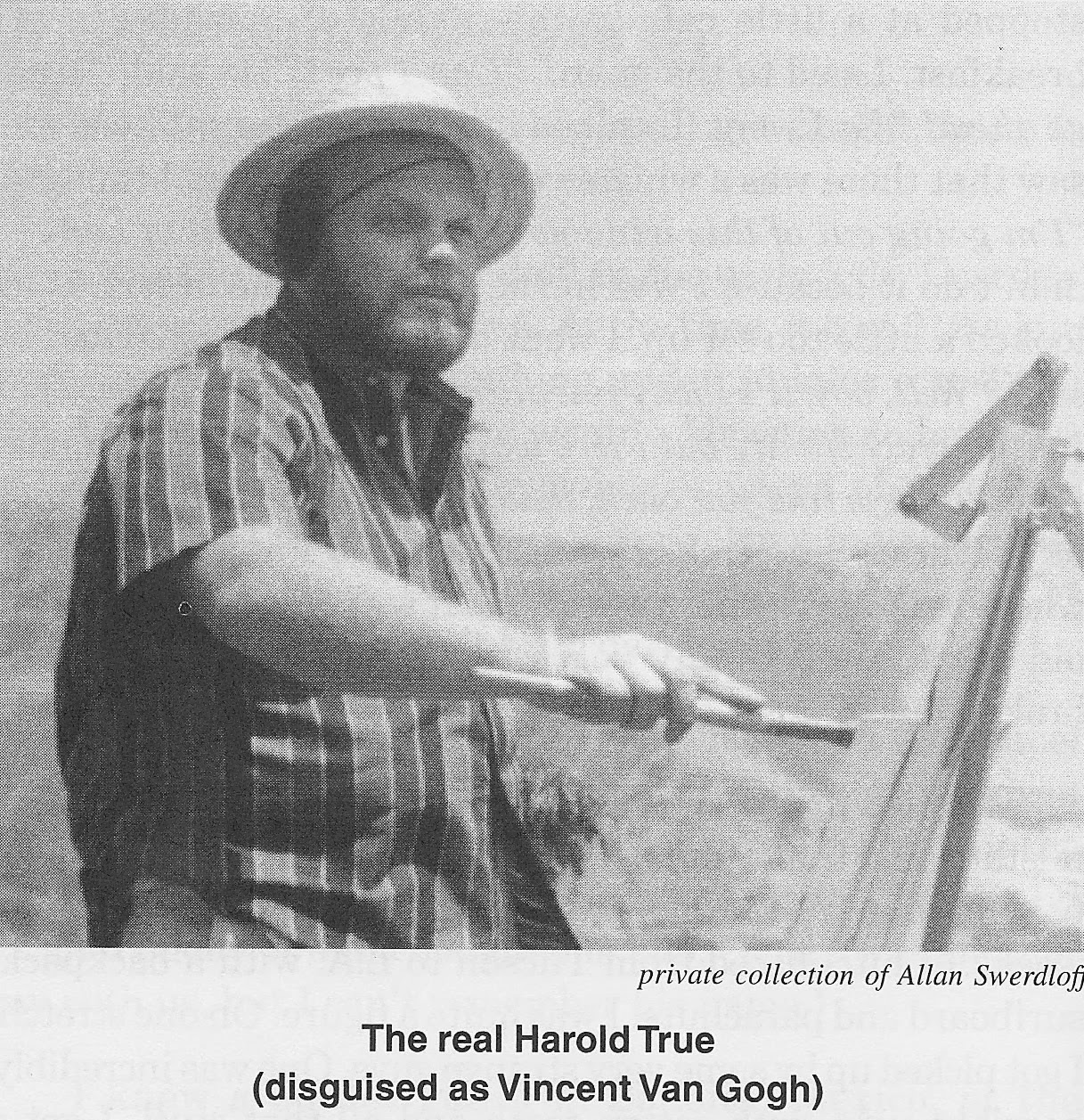 Kaufman gave Manson some contacts he had in the LA music business, including the Beach Boys. Upon his own release he headed out to look for Charlie. Of  Manson he says:


Charlie was manipulative, but not violent, so it was hard for me to believe that he had been behind any vicious crimes. It was all love and peace and flowers. But Charlie really, really hated blacks. He was pissed because the blacks had overrun Haight-Ashbury. The Fillmore district became a terrible place to go. The blacks came and started manipulating the girls and selling them bad drugs. Charlie would say, “Let’s bring the white girls back and make more white-baby babies.” I thought it was a great idea. “Hey, count me in!”

Once when he and I drove up to San Francisco, I realized he was trying to indoctrinate me into his way of thinking. He’d tell me something and then say, "You know that, don’t you?” or, “What do you think about that?” He would try to make me think I thought of whatever he just said, which was the way he manipulated the girls. I knew then that I had to get away from him. I said, “You got a good road game here, Charlie. Don’t blow it.” He said, “I haven’t got a road game.” Finally he said to me, “You’re too smart. You don’t want to be around here.” Those were his words, “You’re too smart.” In other words, I wasn’t necessarily brilliant, but I was thinking. I was thinking. Not good for Charlie. I thought, “He’s fucking looney.”

Charlie was the kind of guy that would just drop a hint and everybody would think that they had made it up. He'd say, "I know what we'll do. Let's do this."  And they'd think that they had thought of it, but Charlie had already planted the seed. So all the girls thought that they were "in tune" with Charlie and that they knew what they were doing. I could see through that shit. One thing Charlie couldn't tolerate was outsiders - I guess it was loss of control. One time in Topanga, a good friend of mine came by, and Charlie turned real strange. That's when I got together with him and said, "Charlie, I'm out of here, man." Although LSD was an important part of our life, the only bad trip I had was when I was trying to get away from Charlie. No matter where I went, he could find me until I eventually made the final break.

He says of Harold True at this time that he "really liked Manson's setup because there was always a girl available for him. (Harold could't get laid in a whorehouse with a fistful of twenties)."

Not that he blamed Harold:


I joined the little band of merry humpers, mainly for the sex. It was just that. "Oh, it's sex time." It was really good, really fun.

... When I looked at the papers later and read the names of the perpetrators and their accomplices, I realized that I'd I'd had sex with every one of those murderesses.

I, for one am glad he used the female agreement of that word...

Kaufman to this day believes that the TLB was Manson's revenge on the music business that had rejected him. He says:


Manson had the LaBiancas killed when he was looking for Harold and me. I had previously fallen out with Charlie over his music, and he was after me. That fateful night Charlie & co. took some LSD, then came looking for us. They went to my house first, then they went to Waverly Drive where Charlie and his tribe had crashed some parties earlier. But the house was vacant; Harold [True], Al and Ernie had moved out a short while before. They then went next door and killed the LaBianca couple. It wasn’t just coincidence.

I don’t think he ever did physically murder anyone. He planted the seeds, and other people did it. Charlie was too jail-smart to kill anybody… He did direct the thought traffic, though.

Of the Manson Family:


Somebody made the observation that the reason Charlie was so good at what he did was that the “family” had a common insanity. They all had the “same crazy”, and he was able to manipulate that and direct it. As long as “family” members adhered to the common craziness, they could stay.

Kaufman produced the LIE album, released in 1971. He says 3000 albums were pressed but the project failed miserably. He couldn't get any distributors interested and small record shops were afraid to carry them. On top of that, the Family stole about half of them before he figured it out.

Of the theft of the LIE albums:


I had been in Arizona doing a film. When I came back, Al told me, "Some people are crawling over the wall, and every night at midnight, they crawl to your house and then they leave." I thought it had to be some Manson people. So, the first night I was back, I waited up and, sure enough, at midnight, they came over the fence. I had a shotgun and so did Einstein Eddy. I told my old lady to fetch Eddy. I saw the Manson people coming across the lawn and I was thinking, "What am I going to say?" I thought of a classic yet profound line I had learned from my earlier movie-extra days: I yelled, "Stick 'em up!" And that worked, just like it did in the movies. Their hands went up. I said, "What the fuck are you doing?" They said that Charlie had sent them to get the music back. Just then, Einstein Eddy came running around the driveway, ball-ass naked, with the other shotgun. They saw this weird guy running down the alley with his balls swinging and said, "Are you going to fuck us or shoot us?" I said, "Let me have those knives." They said they needed the knives. "We always carry our knives."

It's very intimidating to have a gun pointed at you, but it's even more intimidating to be touched with a gun. One guy had his hands up in the air, and I was touching him on the face with the shotgun. That cold steel, that's a frightening thing. Then I said, "Now you get the hell out of here and don't you ever come back." They turned around to walk away and I said, "Get out the way you came - crawl out!" They started crawling across the yard, and Eddy fired a shot at them just to make them dance. You've never seen people wriggle along so fast.

They still kept coming back. The next time they tried, the girls came in the back and surrounded my house. The said, "Phil, Phil, give us the music, give us the music." I said, "It's the Manson people with knives and guns." The cops arrested them and then let them go. Sometime later, I had a party at my house. This Manson guy came by with a gun. He had escaped from county jail (Como???) by climbing down a wall. There was a long article in the paper about the escape. He came to my house with some of the girls to get the money from the album. I got home just as they left, and a friend quickly told me what had been happening. I had a .357 Magnum and fired it after them down Chandler Boulevard. I had just about had enough of it all by that time.

This book isn't going to win a Pulitzer, but I enjoyed it immensely. Recommended!