There is a huge oddity in this case that appears in the first few pages of Bugliosi's Helter Skelter, though I've never seen it commented on anywhere.  That is the curious, lengthy delay in the arrival of police first responders after getting the first 911 calls from the Asin residence at 10090 Cielo Drive (next door to the Kott residence, which was itself next door to 10050 Cielo) that reported a suspected homicide(or multiple homicides) on the morning of August 9nth.


Helter Skelter, pg5
Winifred Chapman sees two bodies--one on the lawn and another in the white Rambler.

"While they were trying to calm the hysterical Mrs. Chapman, Jim dialed the police emergency number.  Trained by the scouts to be exact, he noted the time: 8:33am."

"Jim called the police a second time, and some minutes later, a third."

Was he, too, wondering at the delay in the police response? 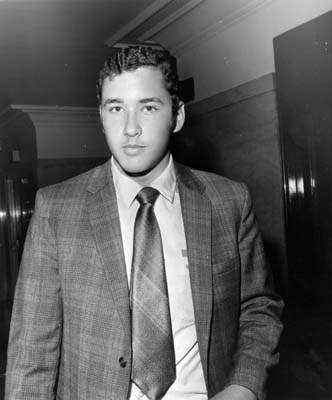 "The confusion extends to the arrival time of the units.  Officer DeRosa would later testify he arrived about 9:05am, which was before he supposedly received the Code 2.  Officer Whisenhunt, who came next, set the time of his arrival between 9:15am and 9:25am, while officer Burbridge, who arrived after both men, testified he was there at 8:40am."

You would think Asin's 911 calls would have been logged in somewhere with the times the calls were made, to help clear up this 'confusion.'  But that 911 information is missing.


So the official timeline says patrol units got their first radio alert at 9:14am.  If the first 911 call came in at 8:33am, and if you add a couple of minutes for the police to drive to the crime scene, then you've got about 45 minutes between the first 911 call and when the cops showed up.

45 minutes?  On a suspected multiple homicide call...  in Bel-Air...  on a quiet Saturday morning?


What's wrong with this picture?  If you don't think that is unusual, ask yourself this:  'If I called 911 to report a suspected homicide(s), how long before police show up at my door?'  Where I live, the response time in minutes would probably be in the single digits.  And I don't live in Bel-Air.
So what is your theory on this bizarre and unexplained delay in the 911 response time?


*In comparison, at the LaBianca crime scene, it was at most 15 minutes from the 911 call to when the cops showed up.

pg11
"It was 9:40am.  DeRosa called in, reporting five deaths and a suspect in custody."

pg16
"It was 1:30pm before the first homicide detectives arrived."

Almost four hours between the report of five homicides in a rich part of town and the arrival of a single homicide detective?*  Normally you would expect the homicide detectives to respond as quickly as possible, as they know how a crime scene can become adulterated by officers and responders tromping all over the scene--which is what happened at Cielo Drive.

*In comparison, at the LaBianca crime scene, it took about two hours for the homicide detectives to show up.