An excerpt from the article-


In one part of the letter, Lacey took issue with how Van Houten described Manson: as a “myth” and “caricature of horror.” Such otherworldly or exaggerated language indicated she had no understanding of the magnitude of her crimes, Lacey wrote.
According to a transcript reviewed by The Times, the “myth” and “caricature” labels for Manson came from Van Houten’s replies to questions about how other people viewed Manson or if his name “invokes fear in people.”
There are other examples in the article which you should read, least I write something that could be taken out of context!

This article brings up something that I have commented on in the past.  Shouldn't the District Attorney and those representing the DAs office be held to the same standard that is expected of the prisoner at a parole hearing?  If the prisoner is expected to be honest and forthright, why is it that the DAs office is allowed to stretch the truth?  Aren't they setting a terrible example for the prisoner?

We saw this same behavior often with Patrick Sequeira who inexplicably vanished from the DAs office shortly after a hearing for Bruce Davis when was granted parole by the board.

Additionally, there were a couple of letters to the editor that express some of the same sentiments regarding the honesty of DA Lacey.

Here is a copy of the DAs letter to Governor Brown, included in the letter was a photo of Leno, Rosemary and Cory LaBianca. 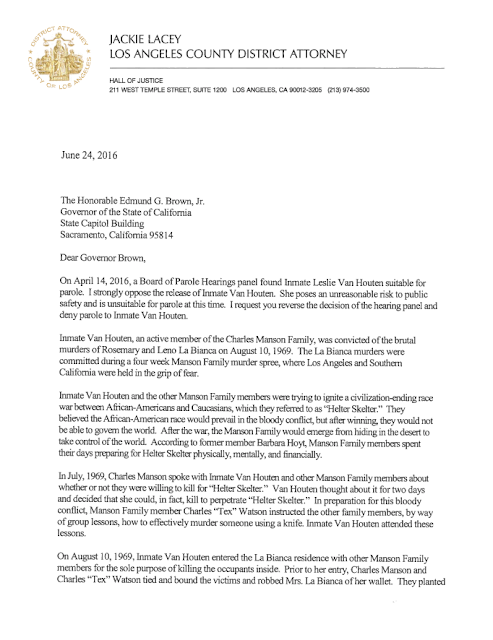 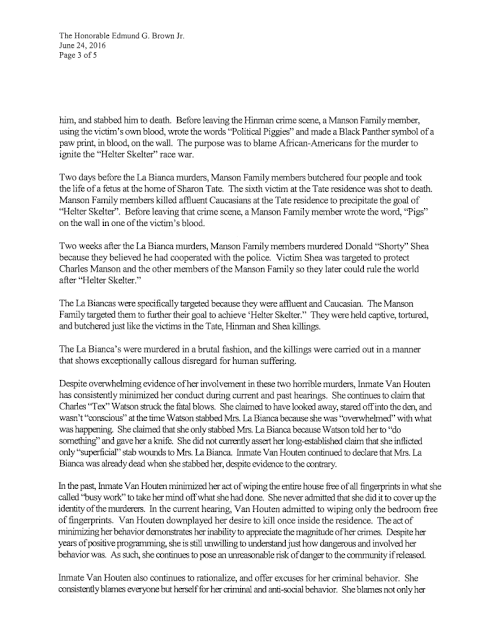 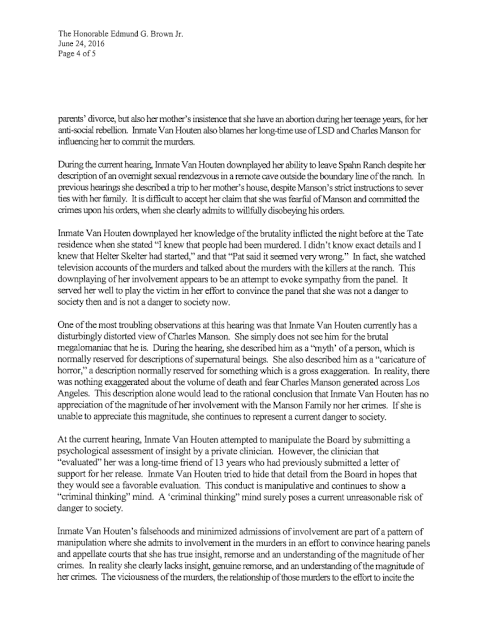 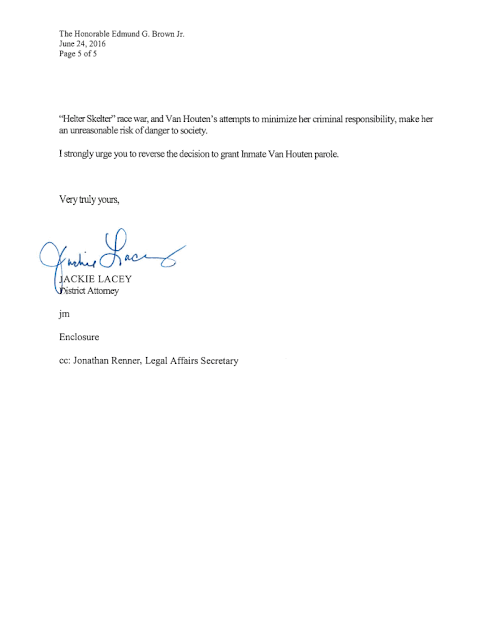 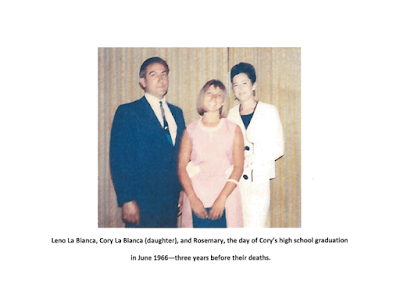